Up early in the morning. The sun rises early here in Kandy and shines brightly through the thin curtains.

But by 8am, our driver for the day had arrived! Off through the morning traffic, out of the city. We drove through towns and countryside, past a tree full of huge fruit bats and down the side of a mountain – with lovely views across the countryside.

We stopped and bought some breakfast snacks from one of the ubiquitous bakeries and carried on driving.

It took 1hour 45mins to reach Pinnawala – the elephant sanctuary. This site has many good and many bad reviews.

Born Wild do not agree with the animal treatment at this supposed sanctuary. In theory, these elephants are rescued as orphans, or found wounded in the wild and taken it to be looked after. Apparently the elephants are free to roam during the day, apart from their rigorous tourism schedule.

I was in two minds as to whether I wanted to visit, due to its bad reputation for elephant treatment. But I thought I would come and see for myself.

When we arrived at 9.45am, we had already missed the elephant calf feeding. I did not really want to watch this, or join in. Where tourists can pay to bottle feed a tied up baby elephant.

So after paying the extortionate fee, which has recently increased to 2,500Rp (£12). We headed down to the river.

There is a row of touristy shops lining the small road leading to the river – and they check tickets along here. So you can only go to the river if you have a ticket.

At 10am, sirens started to play and security guards started to let down barbed wire covered gates across the shops! One of them shouted ‘danger, danger’ to me – and I could see why.

The elephants were coming down at speed – with one of the babies running amok!

They were running down to the river, seemingly eager to get there. Here, they have the largest captive elephant herd in the world, with 88 elephants. Today, I counted 40.

They were cute. I do love elephants.

And they made for lovely photos – with such a pretty river and jungle setting. One of the larger males – with two large tusks was completely tied up and being washed by a mahout.

Once washing was over, he stood up and tried to pick up a few rocks. But he couldn’t – the chains were just too tight for him to move. So he stood there, swinging his body back and forth. Over and over. Not stopping.

I’ve read that a ‘swaying’ motion means that an elephant feels they are being kept captive. Perhaps that’s how this one felt. Chained to the rocks, totally unable to move his legs.

For the other elephants there, they were free to walk around. But they weren’t really. I hope they are happy.

Once we had been standing in the hot sun for an hour watching the elephants. We headed back up the row of shops. Several of them selling elephant poo paper. One shop gave us a demonstration as to how it’s made. As an elephant diet is mostly fibrous – banana plant, jackfruit plant, coconut tree leaves, it’s poo is fibrous. This is dried out, cooked for 24 hours (to kill bacteria), then dried again. Then it is pulped and spread out onto mesh boards for drying. Once dried, is pressed into flat (albeit it still quite bumpy!) paper.

Along the road with the sanctuary are several other elephant places. All offering rides and bathing. I didn’t want to do that.

The other touristy pop ups here – spice gardens. There were loads. I counted at least 10 within a 15 minute drive. We stopped at one of them. A guy took us round showing us the coconut, almond, nutmeg, vanilla etc. But mostly just spoke about all the oils we could buy. Shame, when all I really wanted to do was look at the nice plants.

Next stop – a tea factory! I’ve not been to one before. In the Cameron highlands in Malaysia, the factory was closed when I was there, so only got to look around the fields. Here, they are only making tea on a small scale, using very old machinery – with most of it coming from England in the 1940s. Sri Lanka is the largest tea exporter.

The lady showed us the three types they grow here – green tea, white tea and golden tea. White tea and golden tea are different plants – and only the smallest leaf shoots and picked and dried. No further processing. Green tea and black tea come from the same plant – but have different processing to make the different types of tea. Here they make black tea. First the leaves are dried in long troughs until 50% of the moisture has gone. Then rolled and further dried. They are sorted several times into varying grades of size. The shoots and extracted (and used as compost) and the final tea is made! We even got to try some tea. It was nice. Tasted like normal tea. 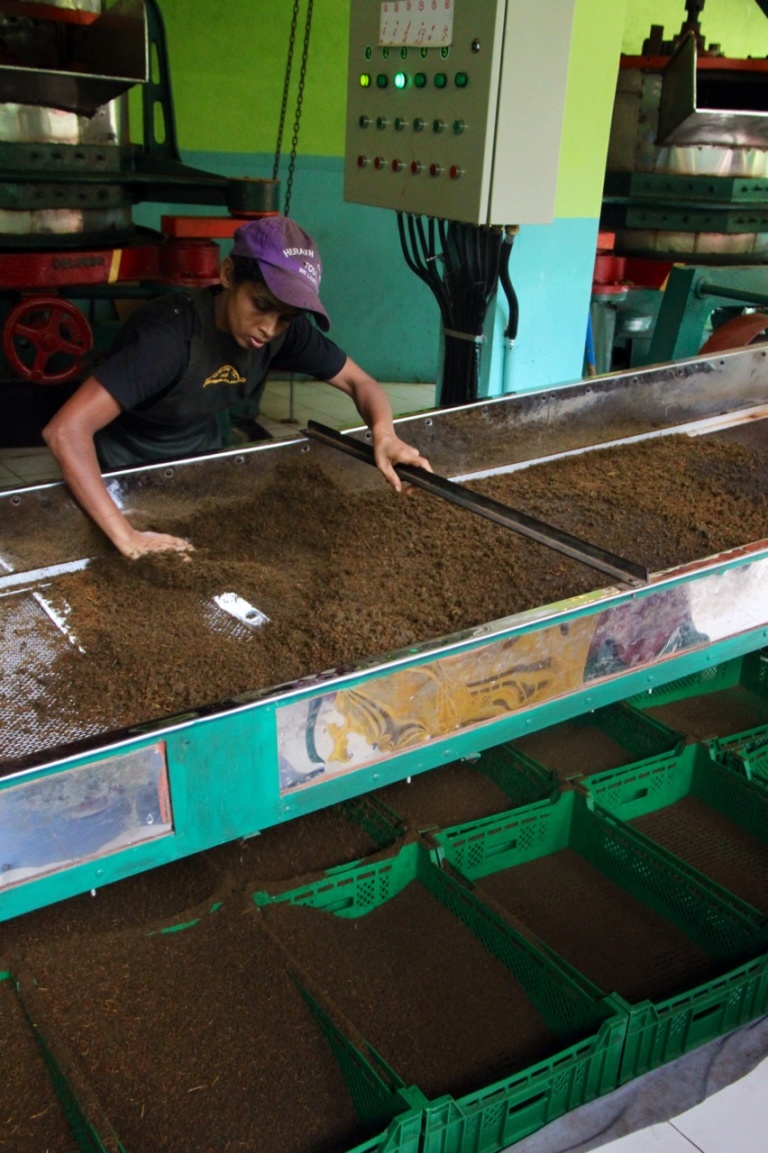 Our final stop of the day was the botanic gardens in Peradeniya. These gardens were amazing! They were started in 1750 and cover 147 acres, containing 4,000 different plant species. The orchids were in a small greenhouse and were pretty. I like orchids, but I was expecting there to be more of them. Just outside the orchid house was the flower garden – rows of colourful flower beds lining the winding path. Colourful, random shaped flower beds, green leafy arches and perfectly mowed green grass. Was really pretty. 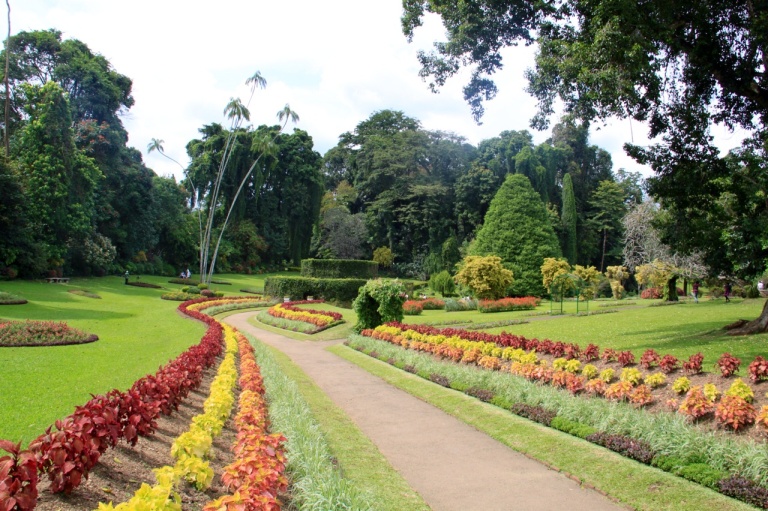 Just further along – the arborium – a forest of different speices of trees from all over the world. And some huge giant bamboo. It was so so wide!! At the northern end of the gardens, a suspension bridge over a river. There was a lake, a bandstand and several different rows of huge huge palms. Really cool!

We spent an hour and a half wandering around, before heading for some icecream! Back in town and a wander around.

Back to the supermarket for some more bits – and a red banana this time. Not tried it yet! And a walk around the lake to get back to the hotel – time for a rest! For dinner, we headed back out to town for one last dosa masala. How can you go wrong with crispy pancake filled with curried potato, coconut chutney and curry! All for 66p. I only ate half and it’s far too much for me – portion sizes here are massive! Just lucky that it’s a 1.5km walk back to the hotel to wear it all off!! 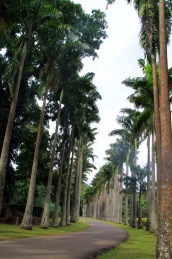 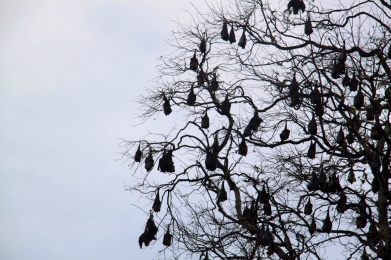