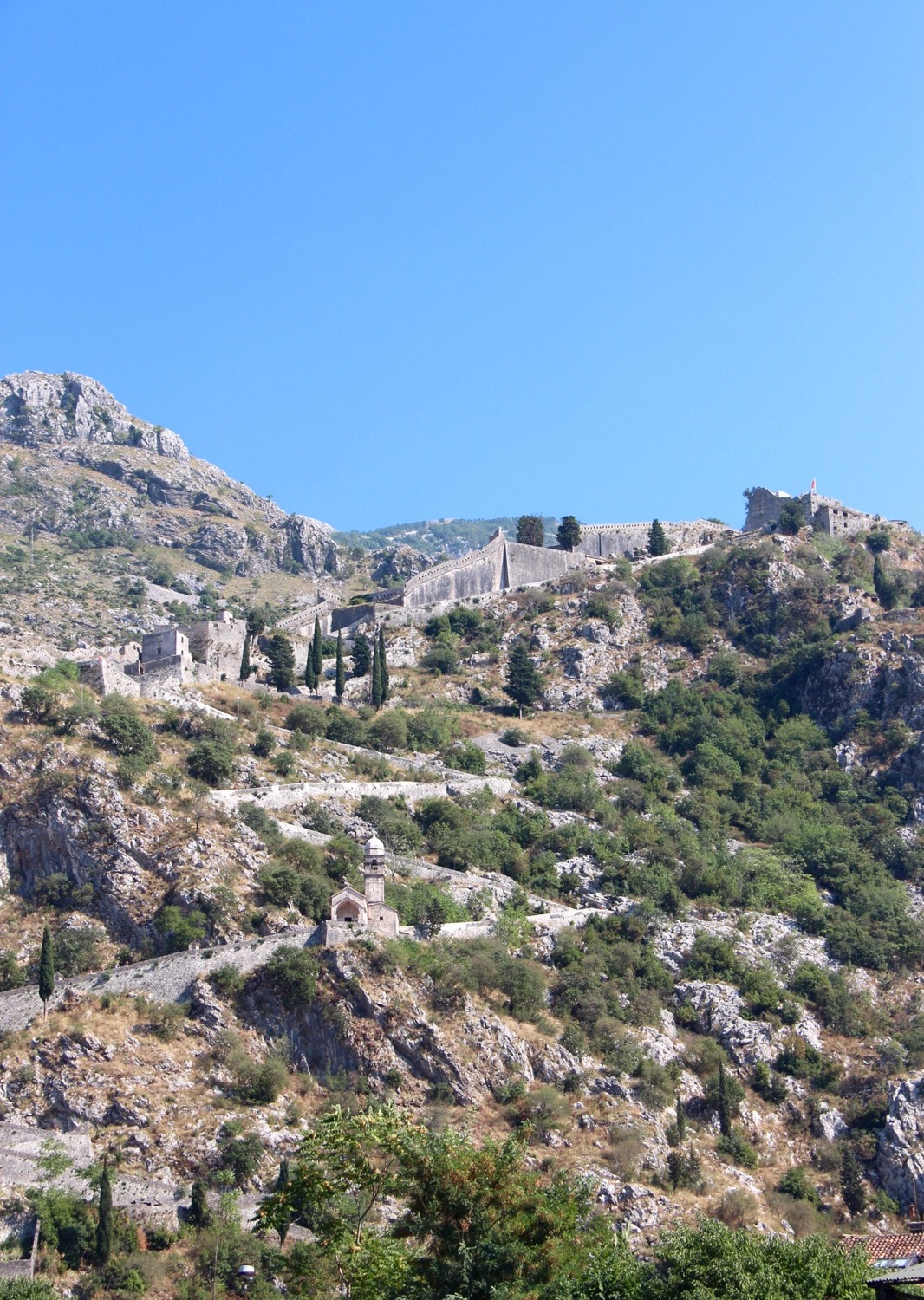 Up early again, I was picked up at 7.30am for a day trip to Montenegro!

I had been looking forward to going to Montenegro for ages!

We were a fairly small group, in a small coach. We headed south, away from Dubrovnik. The border crossing was fairly simple. Didn’t get off the coach, nor need to show my passport. They just took the non-EU ones.

We carried along the coastline, then caught a short car ferry across the water to cut across one of the bays. The bays look a bit like the Norwegian fjords. Except these are not a fjord – apparently they aren’t deep enough, the deepest point is just 44m. 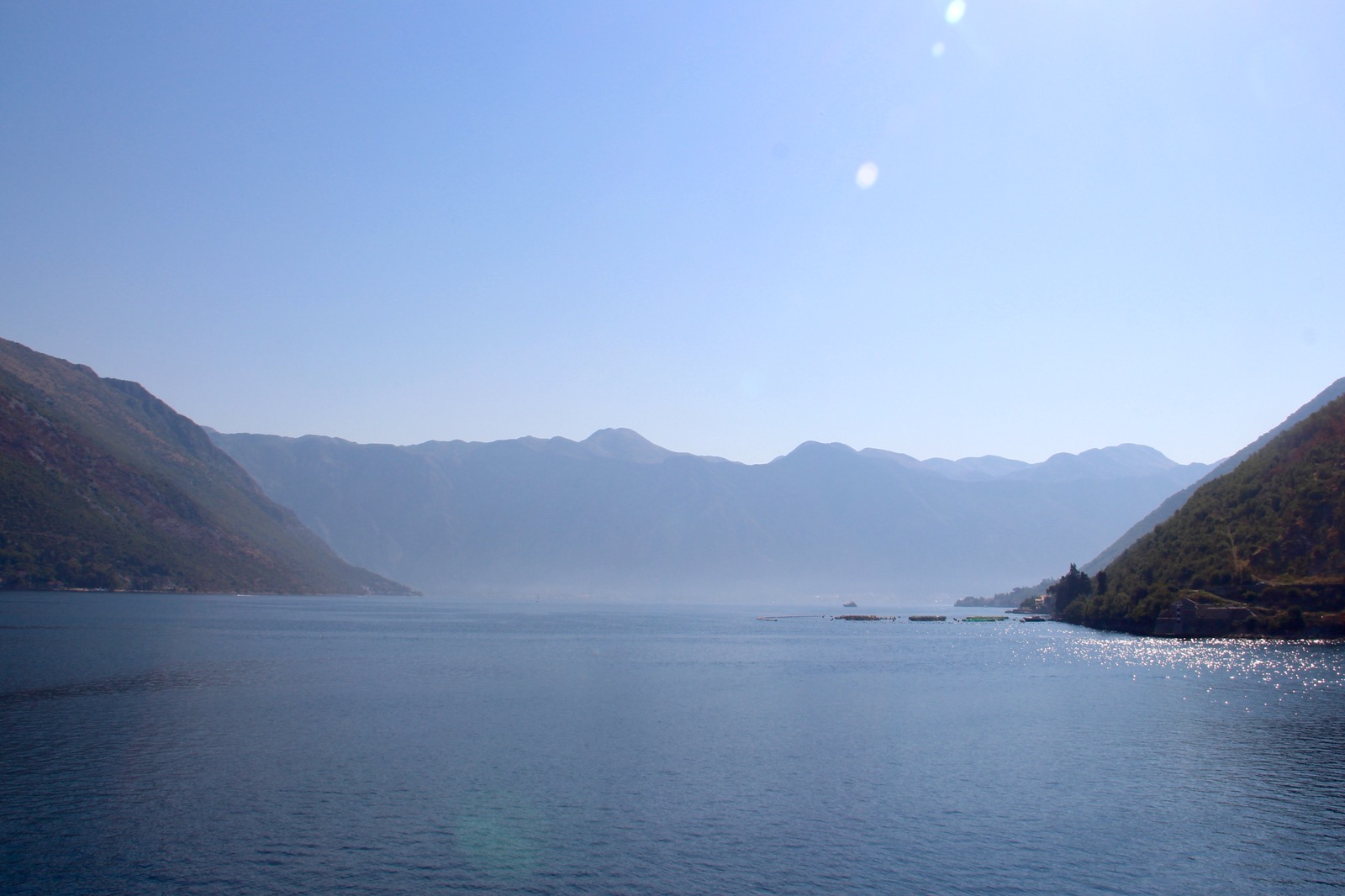 First stop was Budva, a costal holiday town. There was a beach, completely full of sun loungers. A harbour. And an old town.

I headed off into the old town. Again a walled town, but this time much smaller. I stopped in a small cafe for lunch and had a salad – lots of raw cabbage, cucumber and pepper. It was massive, but not very filling!!

So I stopped in a small bakery and bought a small local biscuit, which the woman promised contained no dairy. It was crunchy, full of walnuts and cinnamon – really delicious!

I wandered around the small streets and soon found myself back out of the walls. It really was quite small! I wandered back along the shoreline, being offered various boat tours – I had no idea what they were saying – most tourists around here are local, from neighbouring historic-Yugoslavia countries, or Russian. The beach was not very exciting, full of people, a tacky amusement park, lots of fast food, and too many people. Not really my idea of a nice place! 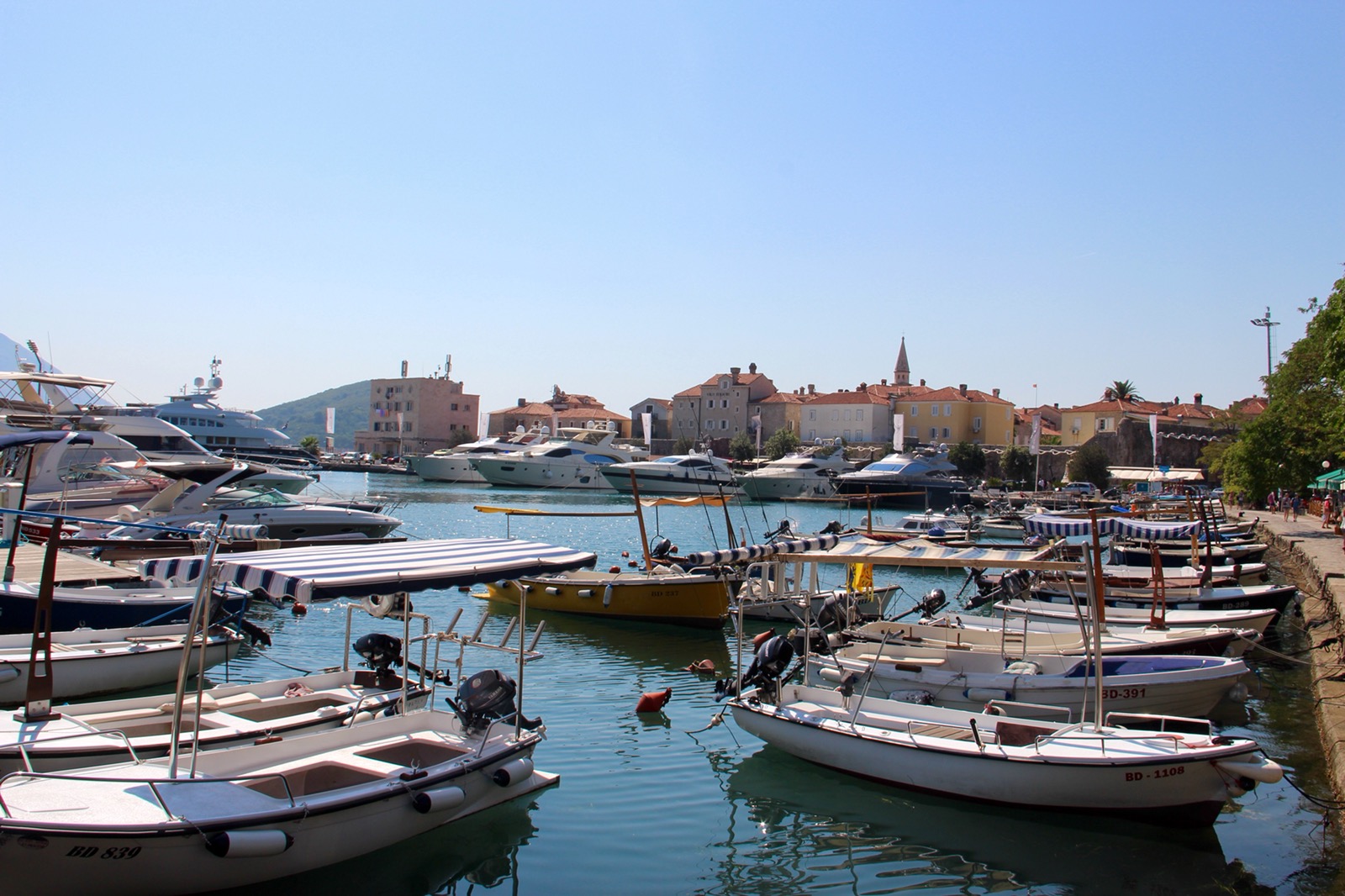 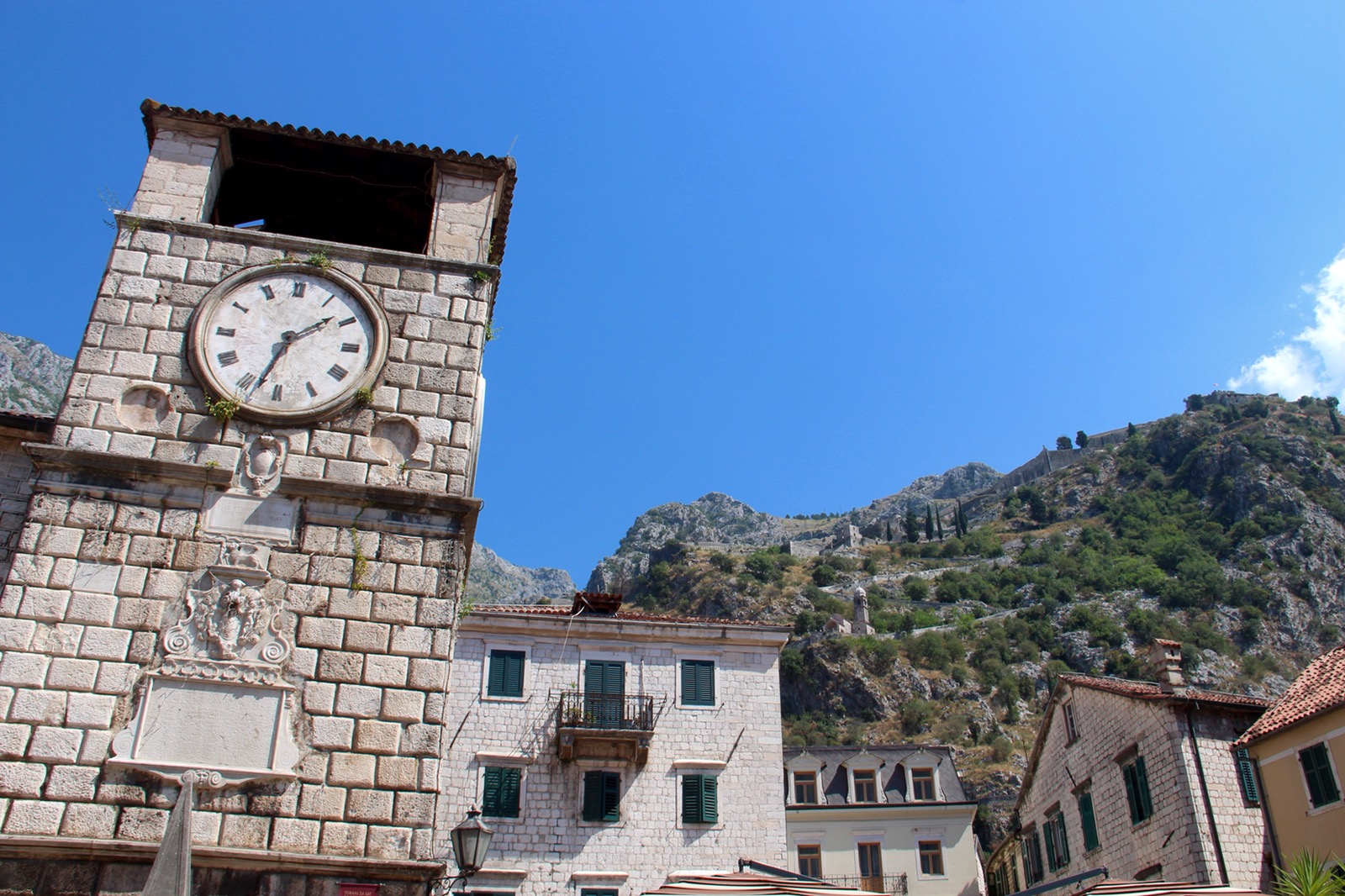 But we were soon back on the bus, driving back along the coast to a small UNESCO historic town – Kotor.

This town was really pretty. The 5.5km walls snaked up the side of the surrounding steep mountain, all the way to a fort at the top. Had I been feeling a bit more energetic, I might have trekked the 1.5hours to the top. But in this 35 degree heat, I’m feeling a bit knackered!

So I resorted to just wandering around the town.

The old city has several squares – the milk square, church square, bread square etc. Traditionally named after what used to be in each square. Now each one is just pizza and gelato square.

It was really pretty. There were many churches, an old well, lots of cats and small alleyways. Just outside the walls was a small fruit market, with piles and piles of figs!

I bought a few, they were so gooey and delicious! Like eating jam! It was pretty hot today, there were gelato shops on every corner. I asked around at a few, but none had dairy free. But then I found one! They had a couple of options – so I got some raspberry and pineapple sorbet, it was really good, but such a tiny portion! 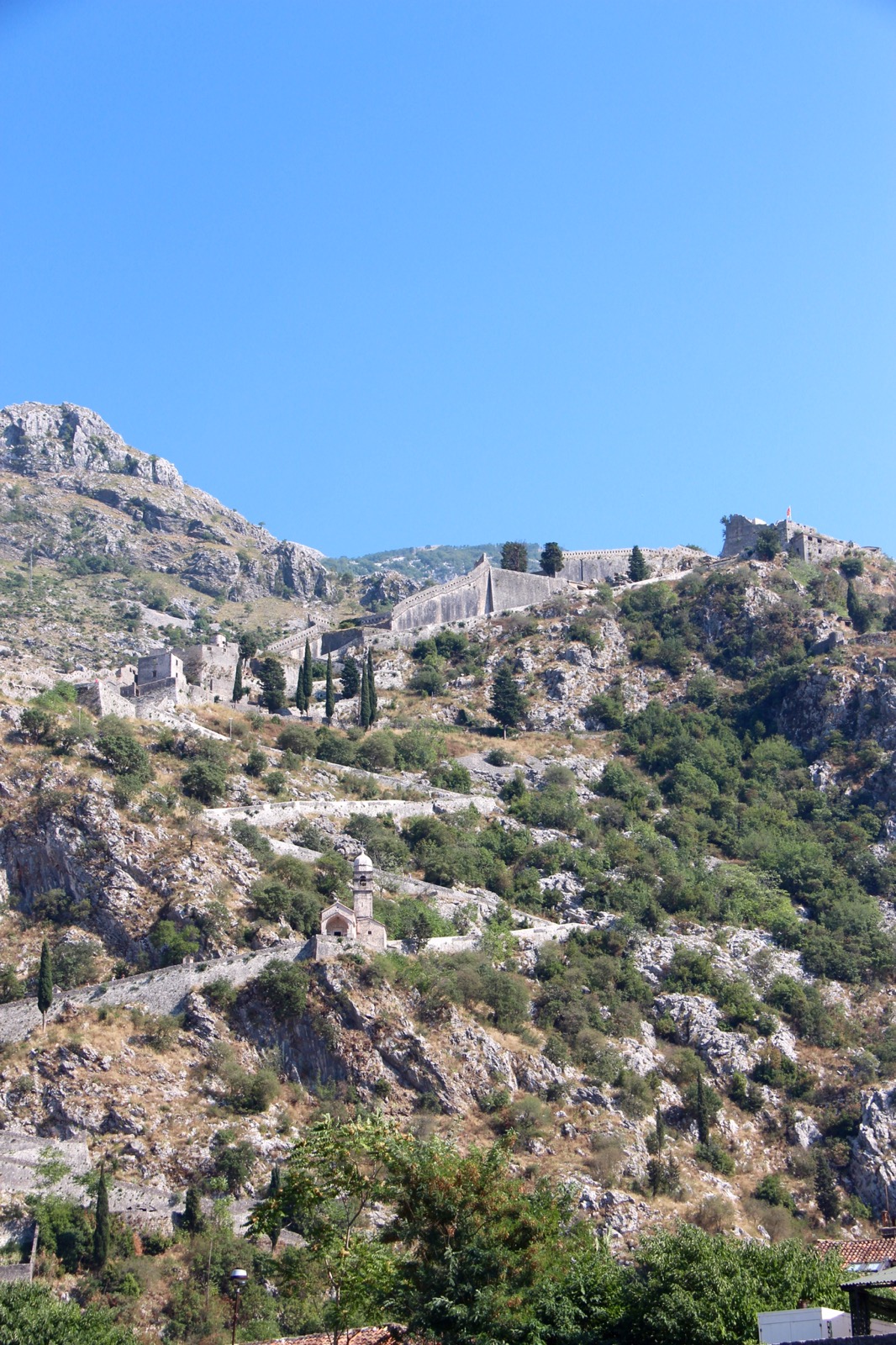 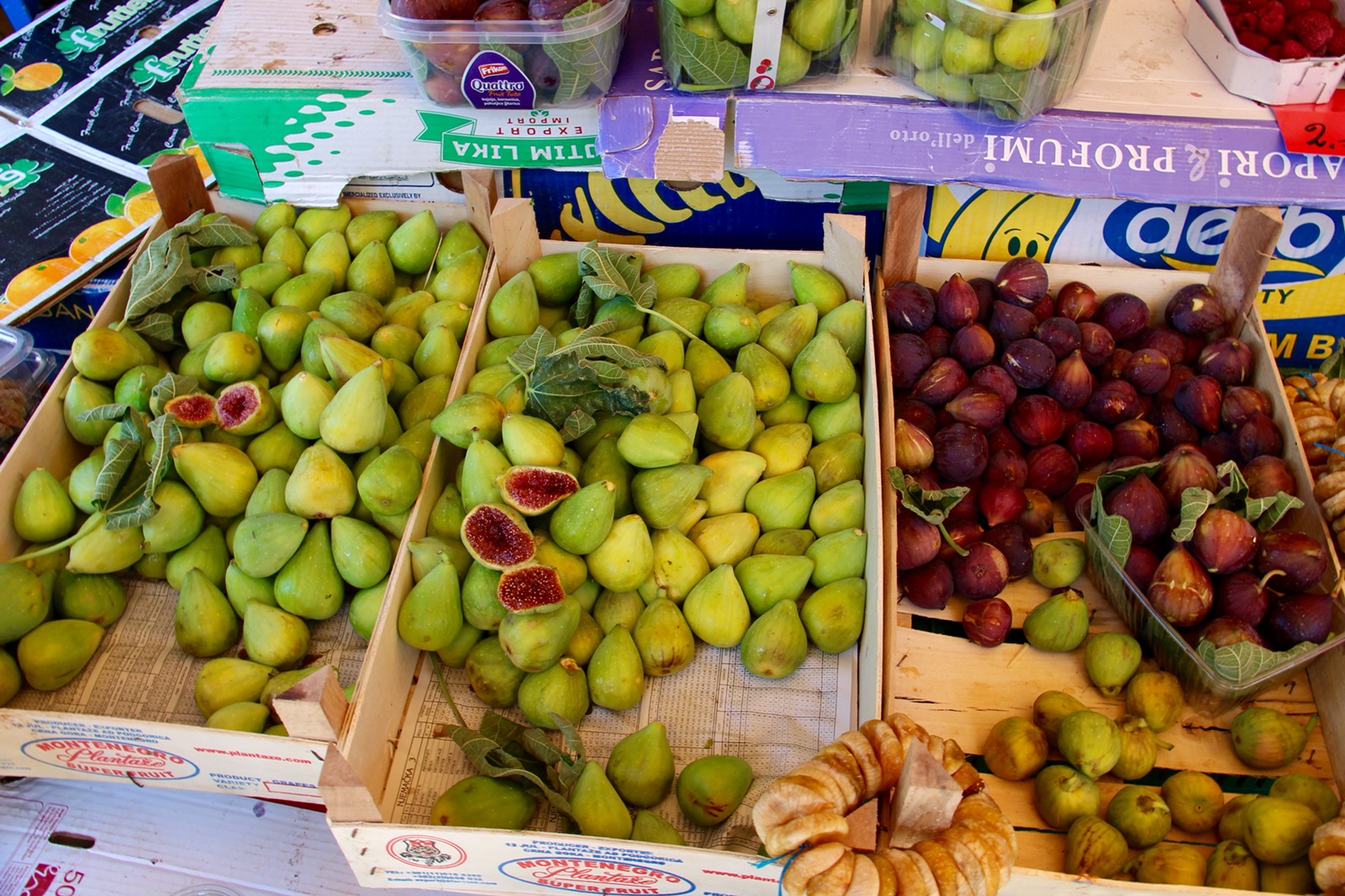 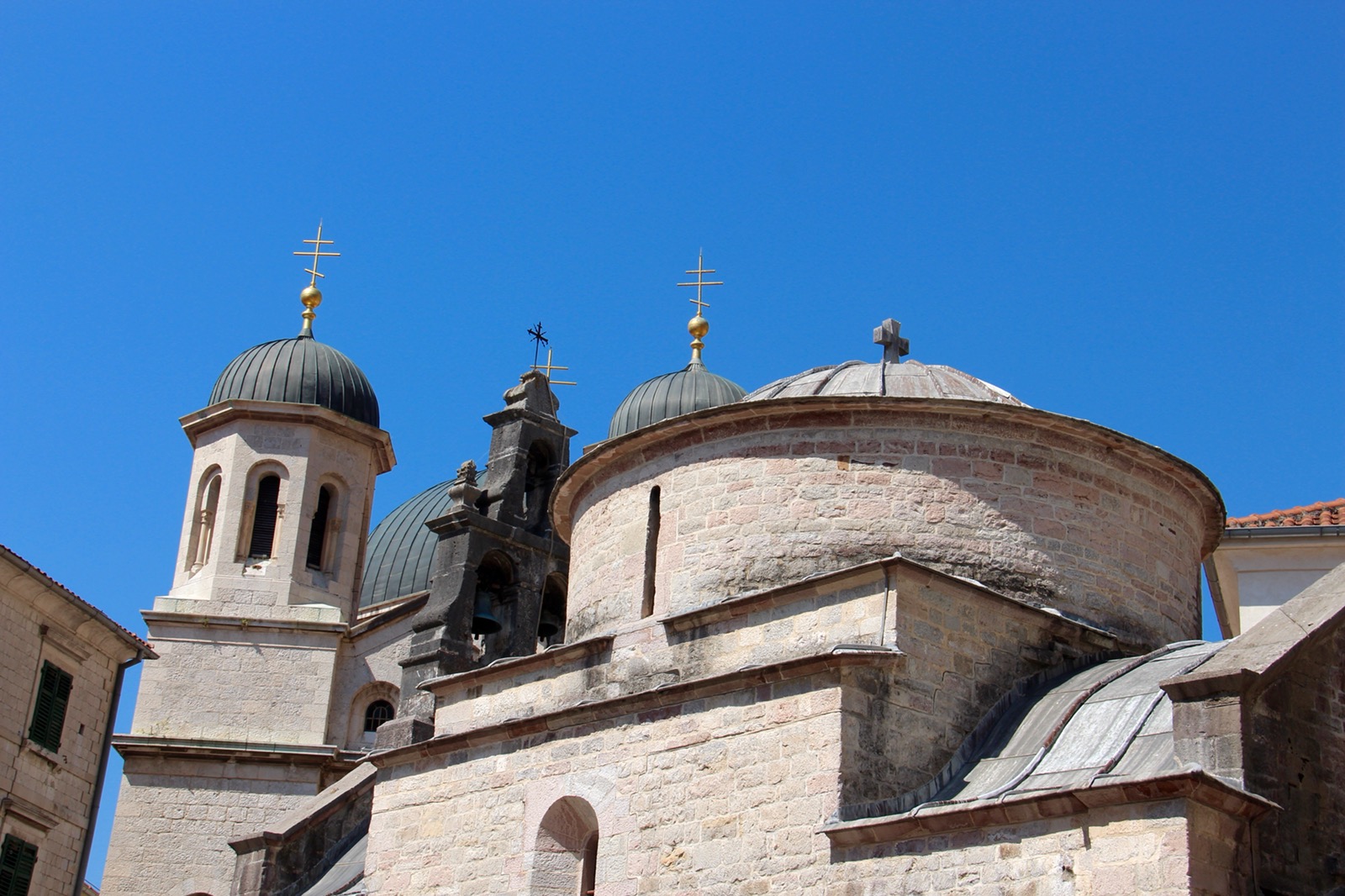 Around 3pm, we started making our way back to Dubrovnik. This time we drove the long way around, all around the bay of Kotor. It was pretty. But then I fell asleep… (What is wrong with me?!) The vegan restaurant was closed tonight. So time for a different plan. The town is full of pizza restaurants, I found one that would do a takeaway, no cheese, no onion pizza! Which I enjoyed back on the terrace of the hotel. It was so delicious! Pizza with no cheese is so much better!! 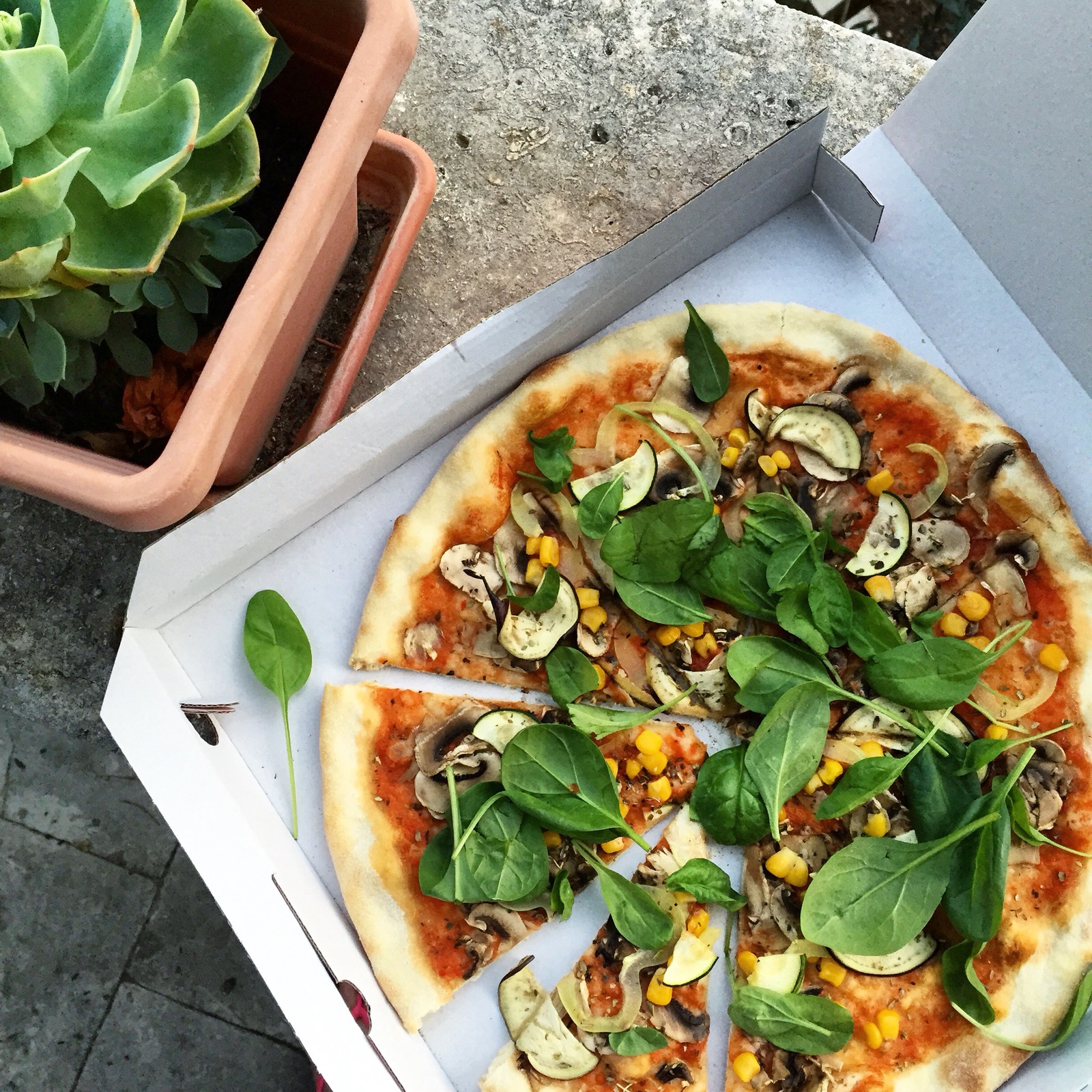 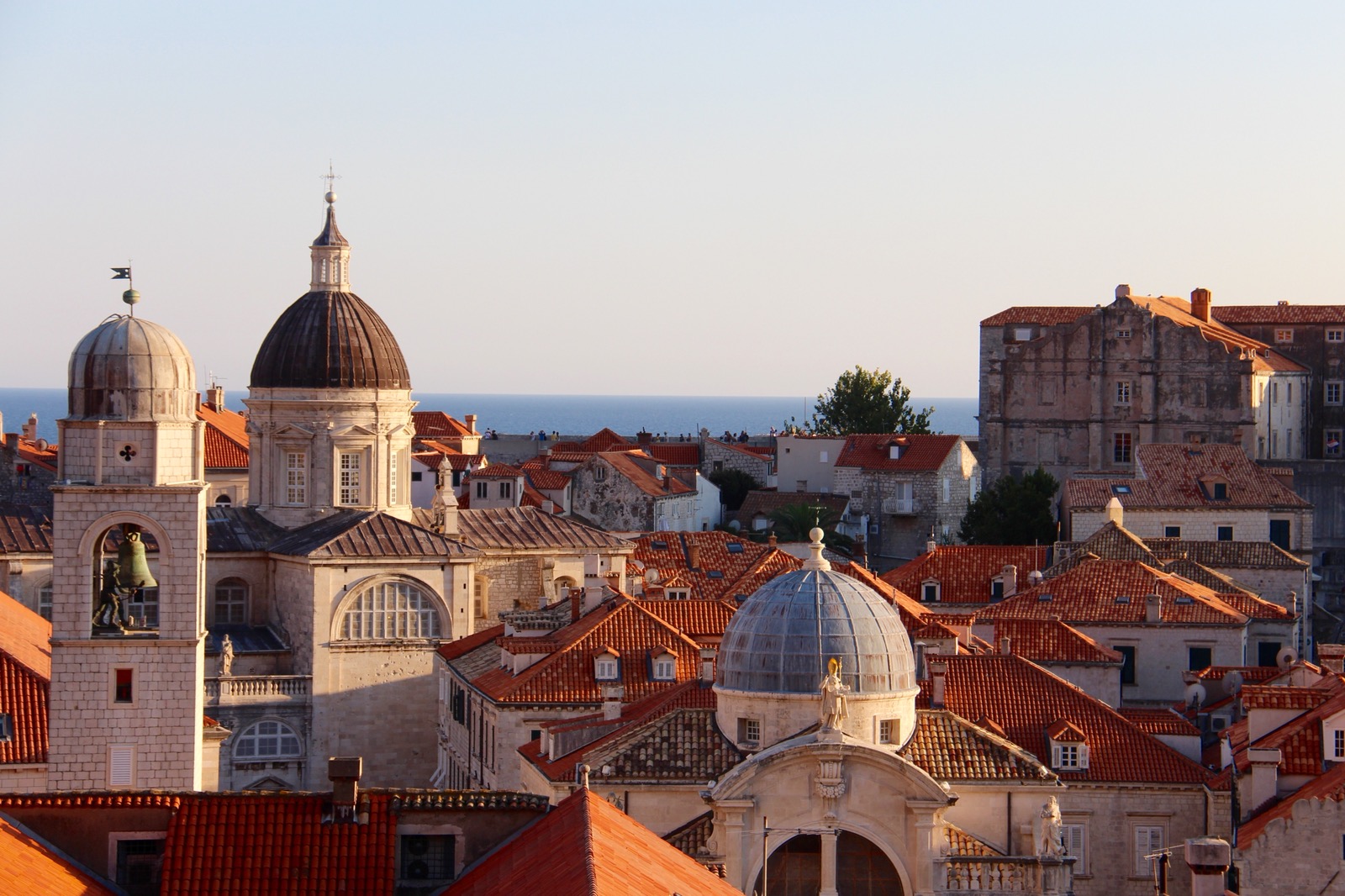 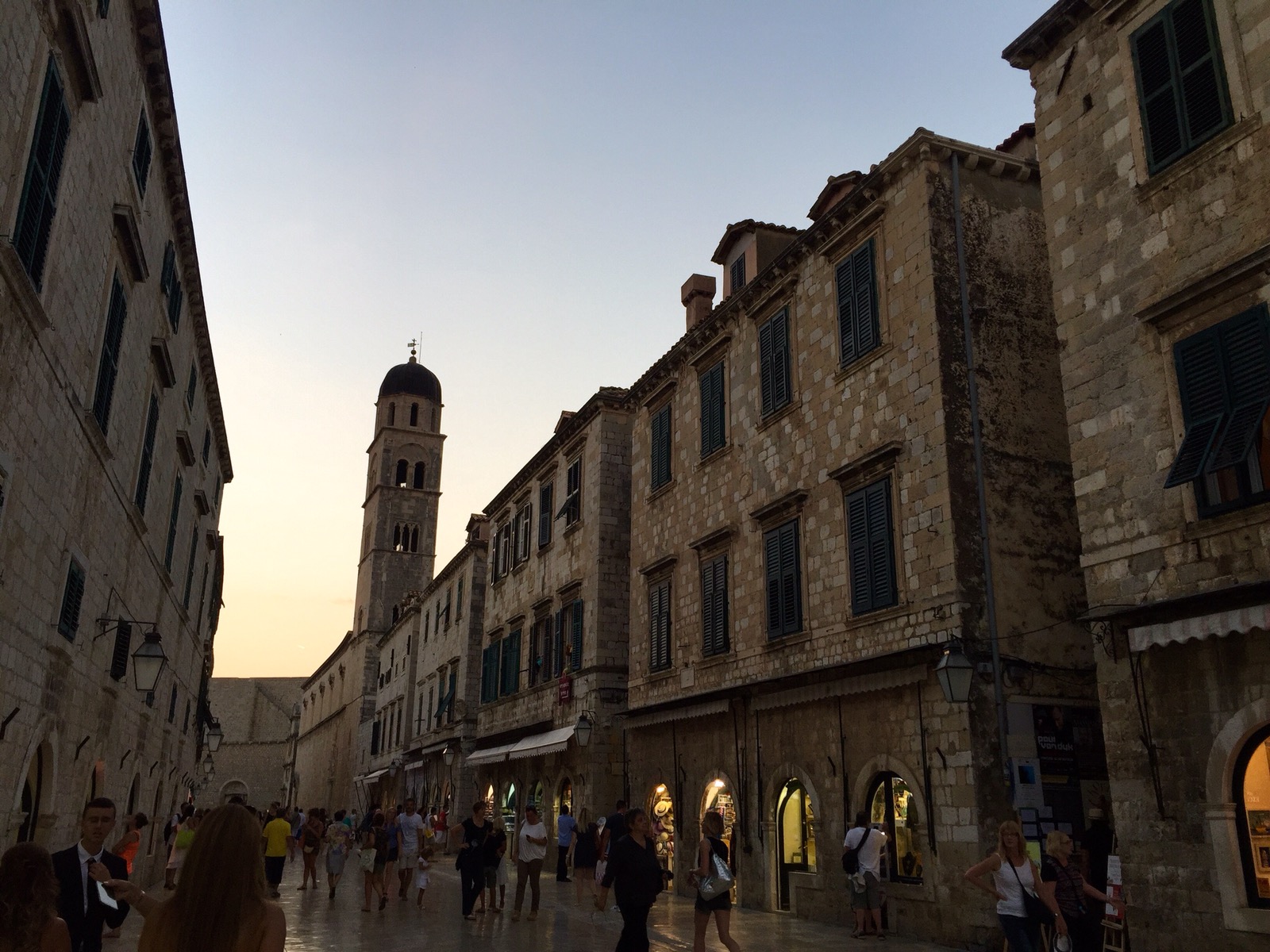