We left Antananarivo at 8.30am, to head off into the rainforest.

First stop – the supermarket! I was surprised with what they had. Everything! Things are imported from France – French chocolate, biscuits, sweets, yoghurts, cheeses, so much! I bought some mangos (really expensive – 50p each!) and bananas (cheap – 50p for a huge bunch). Then we were back on the road.

The road wasn’t as bad as I was expecting. It was all paved and really not that bumpy.

After a couple of hours we stopped off at a nature reserve. Here we went for a walk in the forest to spot lemurs.

It didn’t take long before we found a whole family of brown lemurs – the most common ones found here. They were cute and fluffy, with bright orange eyes. One had a baby too. 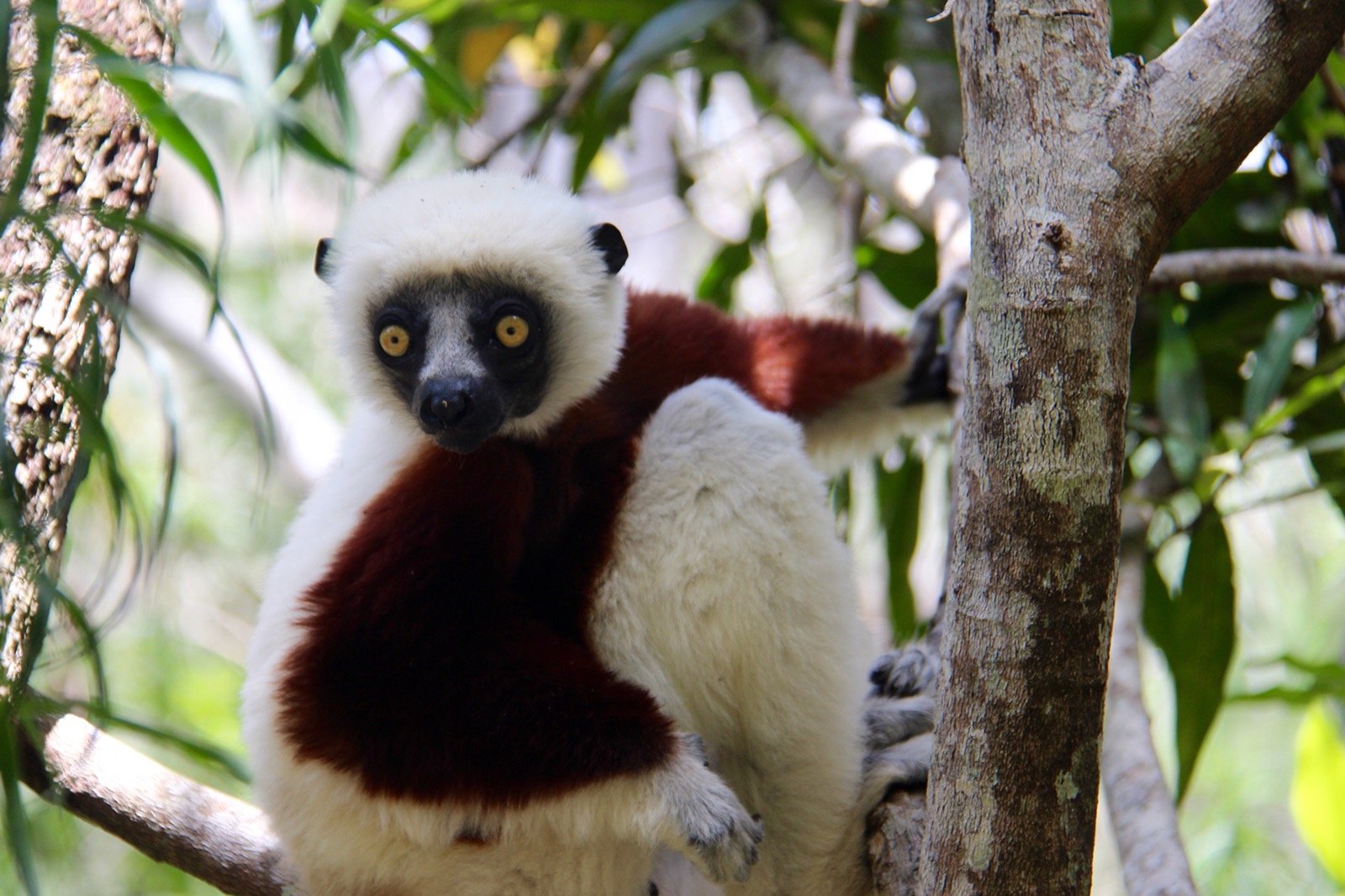 After we had climbed a bit of a hill, there were three more – dancing lemurs. These were bright orange and white, leaping between branches!

Next up – loads of chameleons! We saw so many varieties, including some baby ones. Green, blue, brown, red, yellow, so many colours! They were cool.

They had a large greenhouse area full of different gekkos, some had tails which looked totally like a leaf. Large moths, huge caterpillars, butterflies, boa constrictors and some cute hedgehog type things (a tenrec). 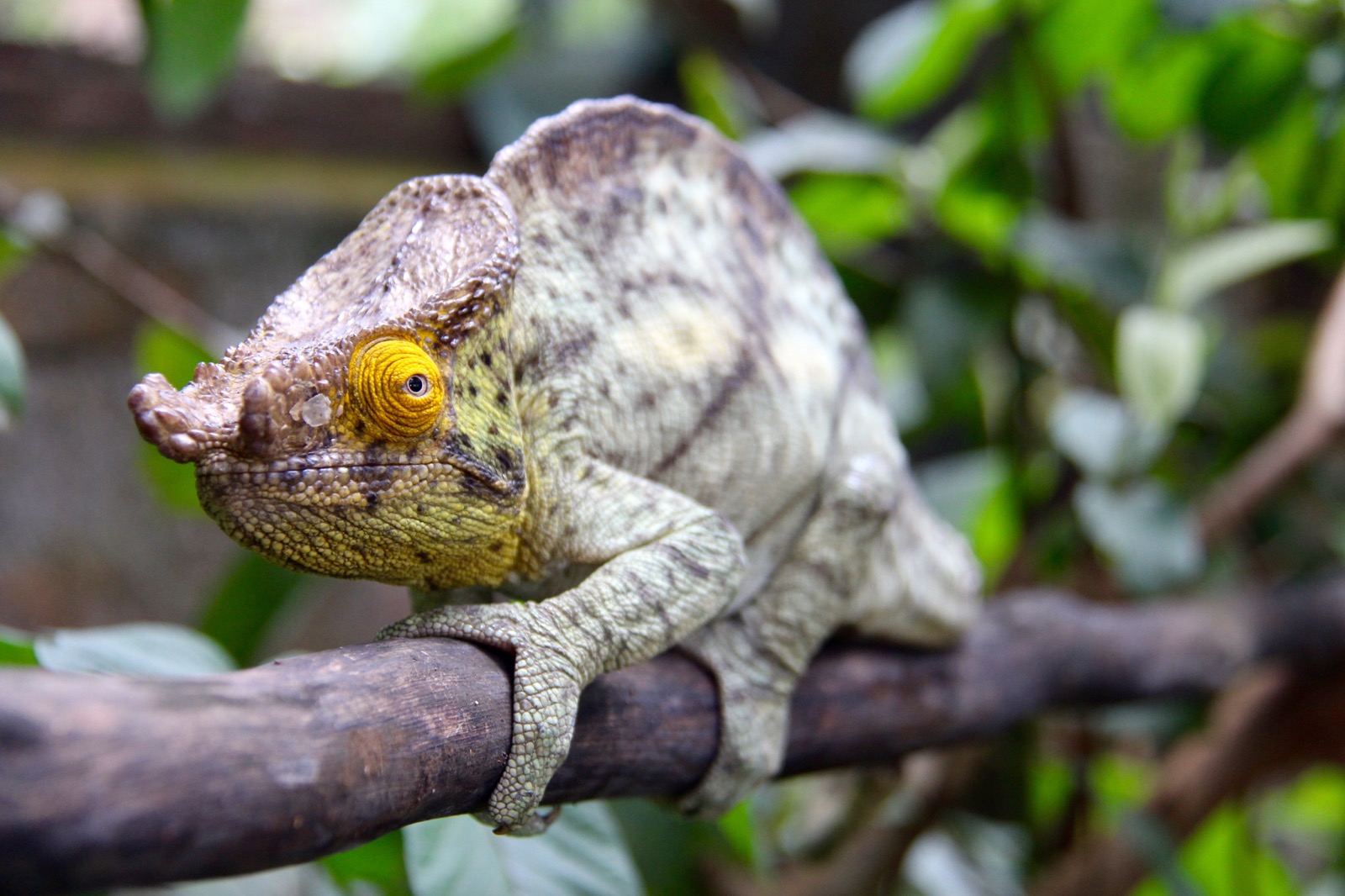 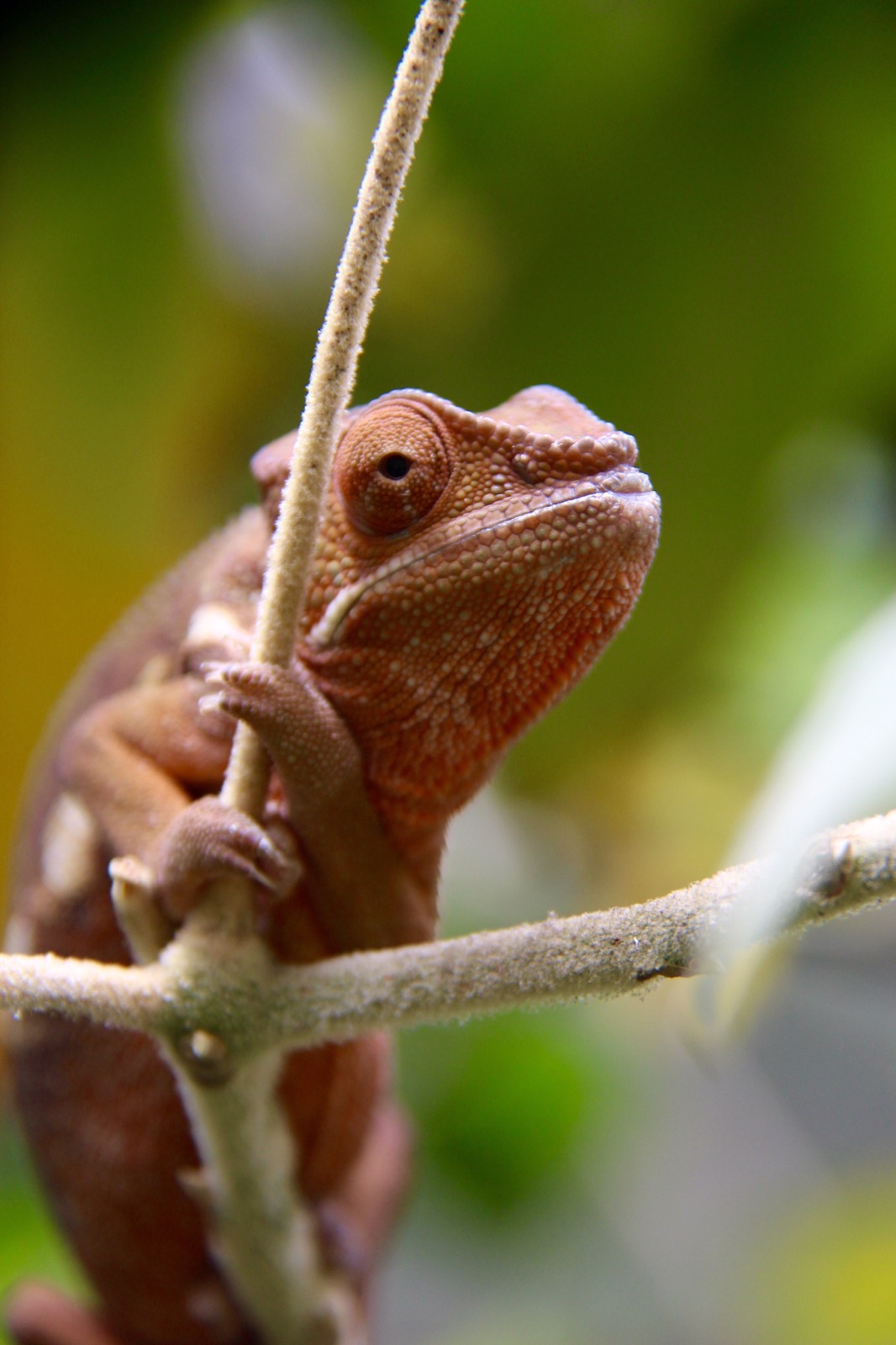 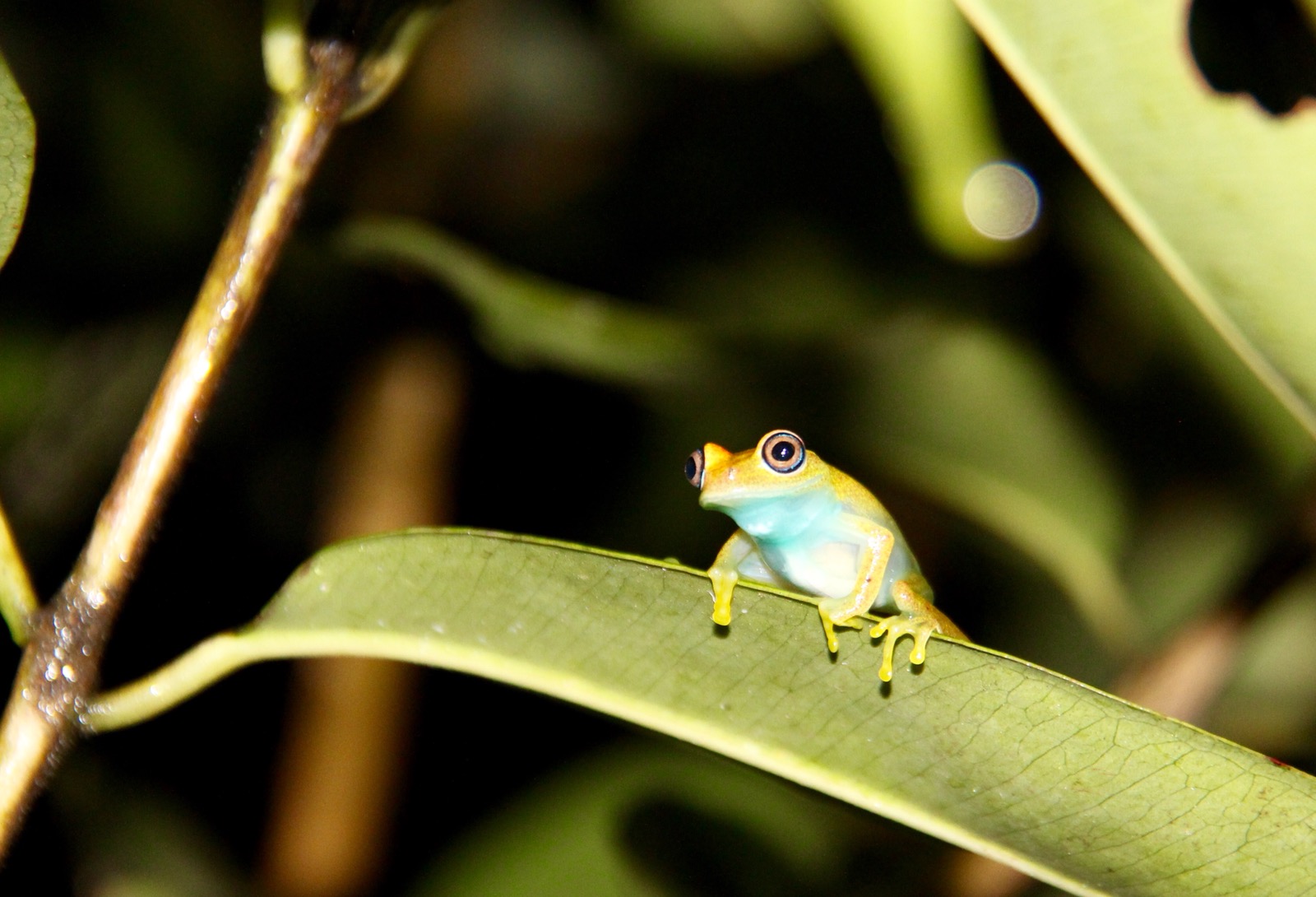 After some lunch (3 mangos…!) we headed back off on the road further into the forest.

The roads were more winding, passing through small villages every now and then. But most of the time, just greenery. We arrived about 4pm. At Andasibe national park.

We are staying on the edge of the park, in a cute jungle lodge. We have mini huts each!

We’re going on a night walk. And in typical night walk fashion, at 5.30pm it began to rain. Every single time I do a night walk it rains!!

By 6pm, it had cleared up. When we left at 6.15pm, it was raining again. So all zipped up in raincoats, we wandered down the road.

The guide was good – spotting things all over the place. Dwarf lemurs, several of them, stick insects, small tree frogs, chameleons, brown frogs, spiders…. But the hardest thing to spot – mouse lemurs. Rare. And tiny. They weigh 50g. Even still, he spotted three of them! They were cute. Running along the branches. Just after we spotted those, it began to pour. So we headed back!

We had been out for 2 hours! Dinner time!

Tonight I had a plate of vegetables and beans. Was good! All for 80p.

Up and out by 8am, off into the Andasibe national park, this particular part of it being called the Indri Special Reserve.

We started off down a semi paved path, cut through the jungle, across a river and ended up in a field. This was the site of an old fish farm, with an old derelict building and concrete walkways. A couple of ground boa constrictors were curled up in the grass. We spotted a group of brown lemurs, hopping between the trees. So we backtracked a bit to watch them.

They came pretty close. Next up, a group of diademed sifaka (also called golden lemur). These were super fluffy, with orange and white patches. They were really close, jumping around us. Some of them had gps trackers around their necks – their activities are being monitored. From here, we headed up a hill, through the trees.

Along the way we saw various bugs and a few birds. The main reason we are in this park – to see Indri. These are the largest type of lemur and only found in this park. They are black and white and are endangered.

There are less than 1,000 remaining. You can hear them before you see them – a really loud siren-like call. We were woken up this morning at 5am by them! And could still hear them in the trees. But couldn’t see them.

A bit of uphill, before we ventured off path, through the trees and bushes. Leeches were around. Luckily I didn’t get any on me, just on my shoe! Then the guide spotted some – far up in the tree. 2 adults and a baby. Just sitting.

We stood under them for ages. They didn’t move. Just made so much noise!!

The guide then came running back with some giraffe beetle! These are small beetles (about 1cm long), red and black, with really long necks! They were featured on the BBC Madagascar programme – which everyone else seems to have watched. I had no clue, but happy being ignorant to the potential things we won’t see!! Apparently they lay just 1 egg at a time, then roll up a leaf around it to protect it. 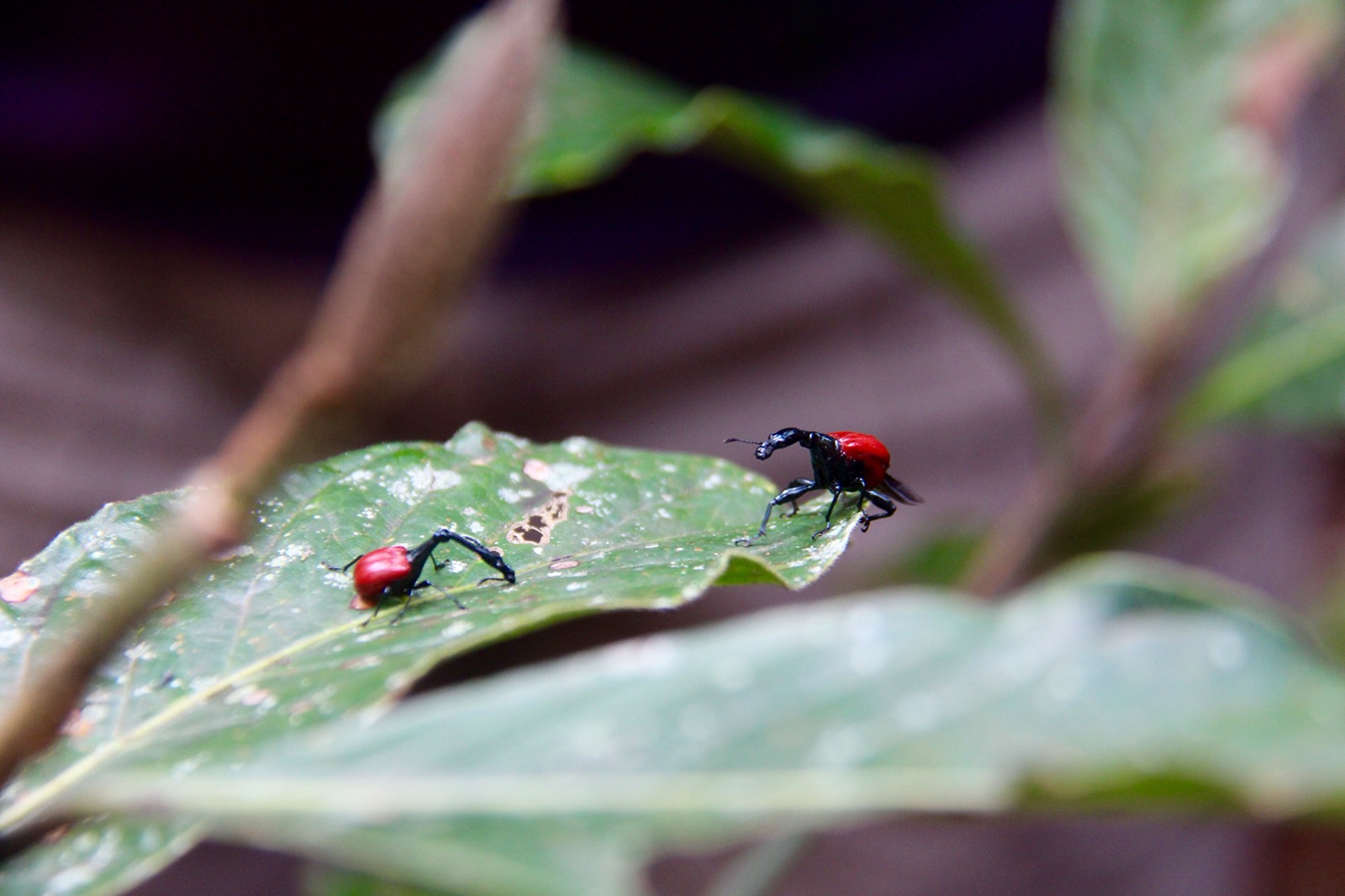 A bit more walking along the path, before we went off-road again. This time clambering up and down steep slopes, pulling ourselves through the trees. And another Indri family! Just 3 this time, but much lower down in the trees. Cute!

We stayed for a while, watching them jumping around.

Then we headed back to the entrance. It took a good half hour to get out! We had spent 4 hours clambering around!

Back at the hotel, we had some lunch. I just had some vegetables. We were even joined by a lemur. Who then fell out of the tree!

Then we were off again! This time to a small island reserve. We had to ride in canoes to get across the surrounding small river. This island is home to lemurs which have been rescued from people’s homes. It is illegal to hold lemurs as pets and carries a 3 year prison sentence. As a result, these lemurs were very friendly.

There were a few different types – brown lemurs, bamboo lemurs (so small and cute!!), black and white ruffed lemurs and more sifaka. As soon as we arrived, we were covered in brown lemurs.

They jumped from person to person, climbing over shoulders, heads and bags. They were cute!! Their hands are soft, no claws, so it doesn’t hurt. We weren’t allowed to touch them, but they had no issue touching us! 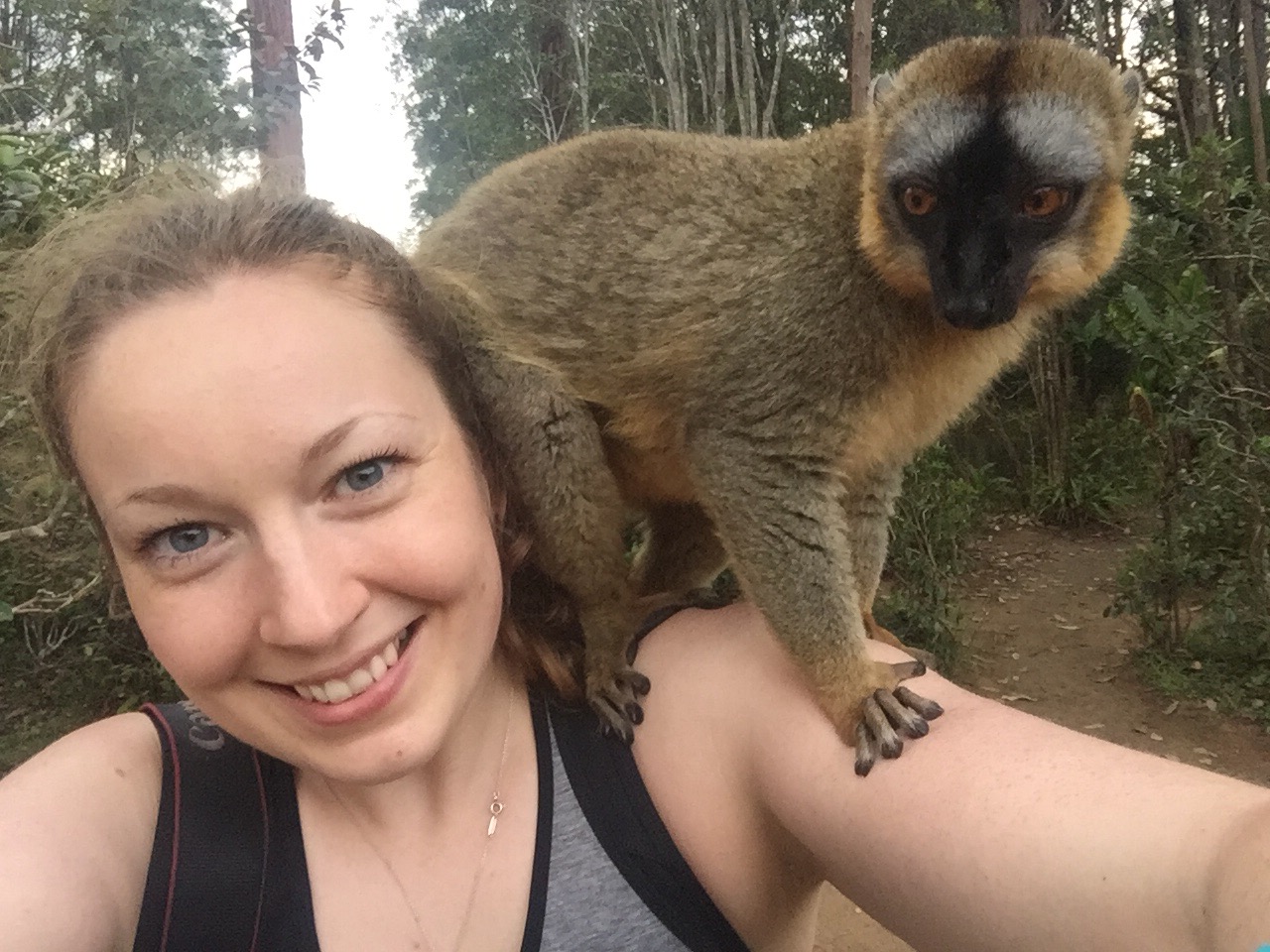 After they got bored of us, we went for a walk around a bit of the island. The bamboo lemurs were so small and owl-like. All sitting in trees and not that bothered by us!

The sifaka lemur has a very typical dance-like movement. It is the only one which does it. The guy left some food out for the sifaka and he danced over to get it! Cute!

Sadly we had to leave them behind, so we hopped back in the canoes to the mainland. By now, it had begun to rain. Only light rain. But after a 5 minute drive to the next place we were visiting, it was pouring!! Crazy heavy rain. And then hail. Hail the size of golf balls! It was ridiculous!!!

Luckily we were inside a building, otherwise we would have been totally soaked and injured! The road looked like a river. A sloping path running next to the building looked like a waterfall. So much water! After about 20 minutes, the rain stopped and we headed out.

This reserve is home to Nile crocodiles. They live in the surrounding river and they were huge!!!! Floating along like logs. The area was pretty – tall trees, with steam rising up above them. Amazing massive leaves surrounding some of the trunks. Like proper rainforest!

Here they also had some tortoises and then in a cage a Fossa – one of the only carnivorous animals in Madagascar. It is a cross between a dog and a cat. It has evolved away from other animals and like much of the other flora and fauna, is only found here. They can apparently catch and eat lemurs (despite being smaller than a lemur themselves!). 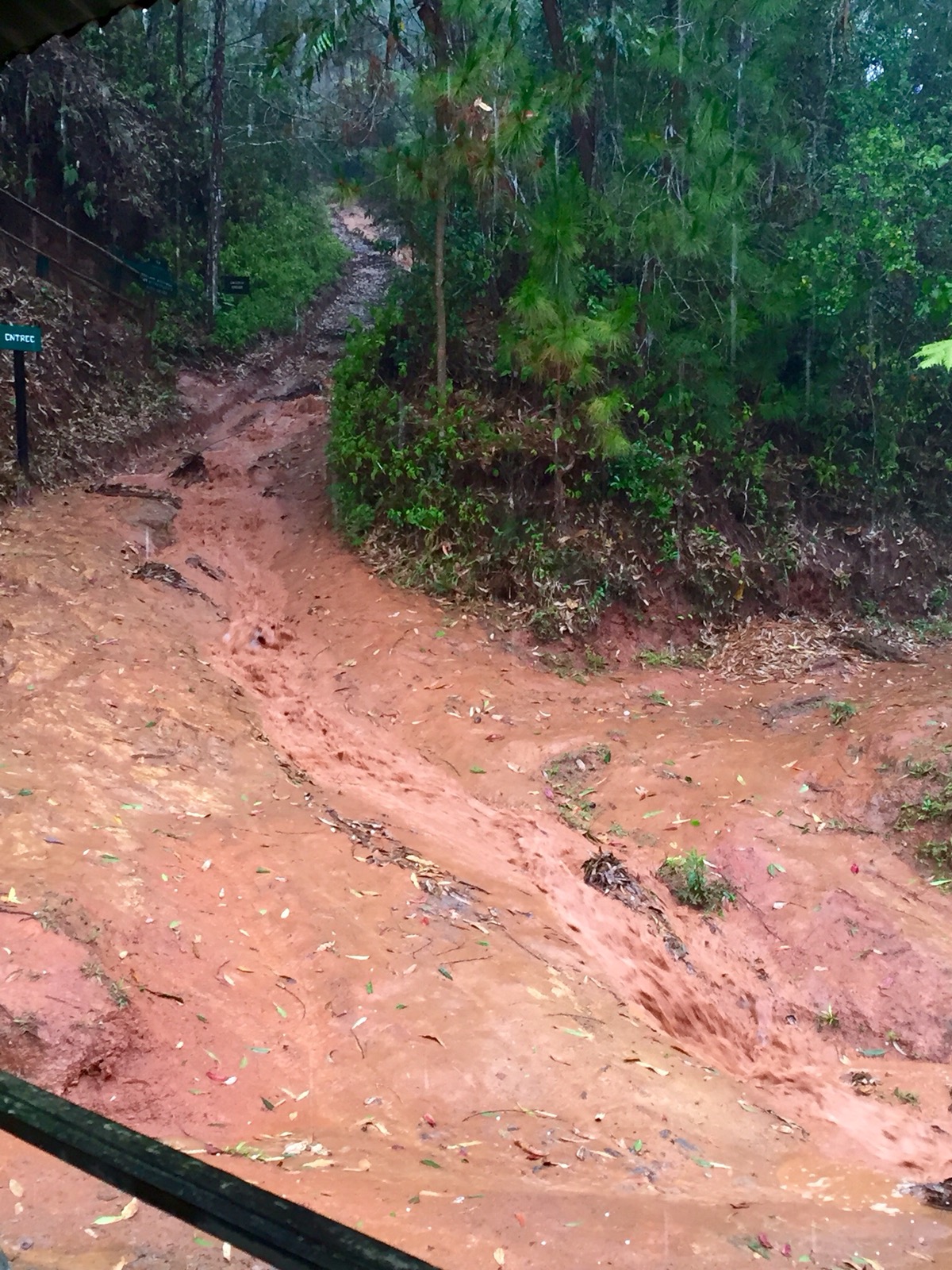 It was a bit of a hike back, through the reserve to get to the bus. But we made it without getting soaked. We were back at the lodge just as it was getting dark at 6pm.

For dinner, I just had some fruit! As we were heading to bed, I heard a rustling noise. Like there was a mouse. Then it stopped, so I ignored it. But then looked up and saw a HUGE centipede/earwig type thing! So many legs and body segments and long tail end bits. Eeek! It ran under my bag, so we looked around the room for something to catch it with. We decided on the bin, lifted up my bag and it had scurried under the floor. So we ignored it. Turns out they are very poisonous.