It barely seems like a few weeks since I was last away – and off again! My flight left Heathrow at 6pm, just a short hop across to Amsterdam.

A very short wait of barely an hour and onto plane number 2 – to Seoul.

I’ve wanted to go to Korea for a while (yes, I had this itinerary planned back in 2011…!) but have never managed to fit it in.

First time I’ve been on a 747 (even after all the trips I’ve taken…!) and I was surprised by how cramped it was. We were 3 across, in tiny seats. Felt very squishy.

I had brought along my own dinner of rice, chickpeas and broccoli (covered in curry sauce), which I ate much earlier this evening, as I wasn’t expecting much from the plane food. And plane food arrived at like 11pm. But I was shocked – it was amazing – salad leaves, Indonesian curried vegetables and fried tempeh (exactly like Mabul food) and fruit. So I had 2 dinners….

I watched the final Hunger Games film and then fell asleep. For most of the 10 hour flight. So that was successful!

I was woken up to breakfast, some weird polenta and sweet corn blocks (which I didn’t eat) in a berry compote (which was good) and some vanilla soy yoghurt. Actually pretty impressive for a European airline (KLM)!

We landed at 3.30pm local time, 6.30am UK time, into Incheon airport. The airport was huge, lots of walking and a train to get to passport. The queue was fairly large and by the time I had gone through and picked up by bag, I had been there an hour already.

And I was hot.

The weather said it was similar temperatures to England, so I brought jumpers, cost, scarf, gloves etc. But I was so hot I was down to just a t shirt. I caught the local train into the city (about 5k won, £3).

The train had screens showing the news. It was all in Korean, so I didn’t understand, but it was just information about North Korea basically on repeat – showing pictures of the missiles launched the previous day and people’s analysis of it all.

The train was slow and took an hour into Seoul main train station. Here I needed to change onto the metro. And needed a metro ticket. I found a ticket dispensing machine and once I had worked out how to buy a T card (like an Oyster), I had to work out how to top it up. But people are so nice here – each person who was standing by was showing me what to do! (I would have figured it out…there was an English button…but it was kind of them – wouldn’t get that in England!).

A few more stops on the packed metro (it was 5.30pm by now – on a Friday evening) and I was at Dongdaemun.

I came out of the metro onto the huge main road (about 8 lanes) and was met by an amazing sunset, orange glowing down the whole street. 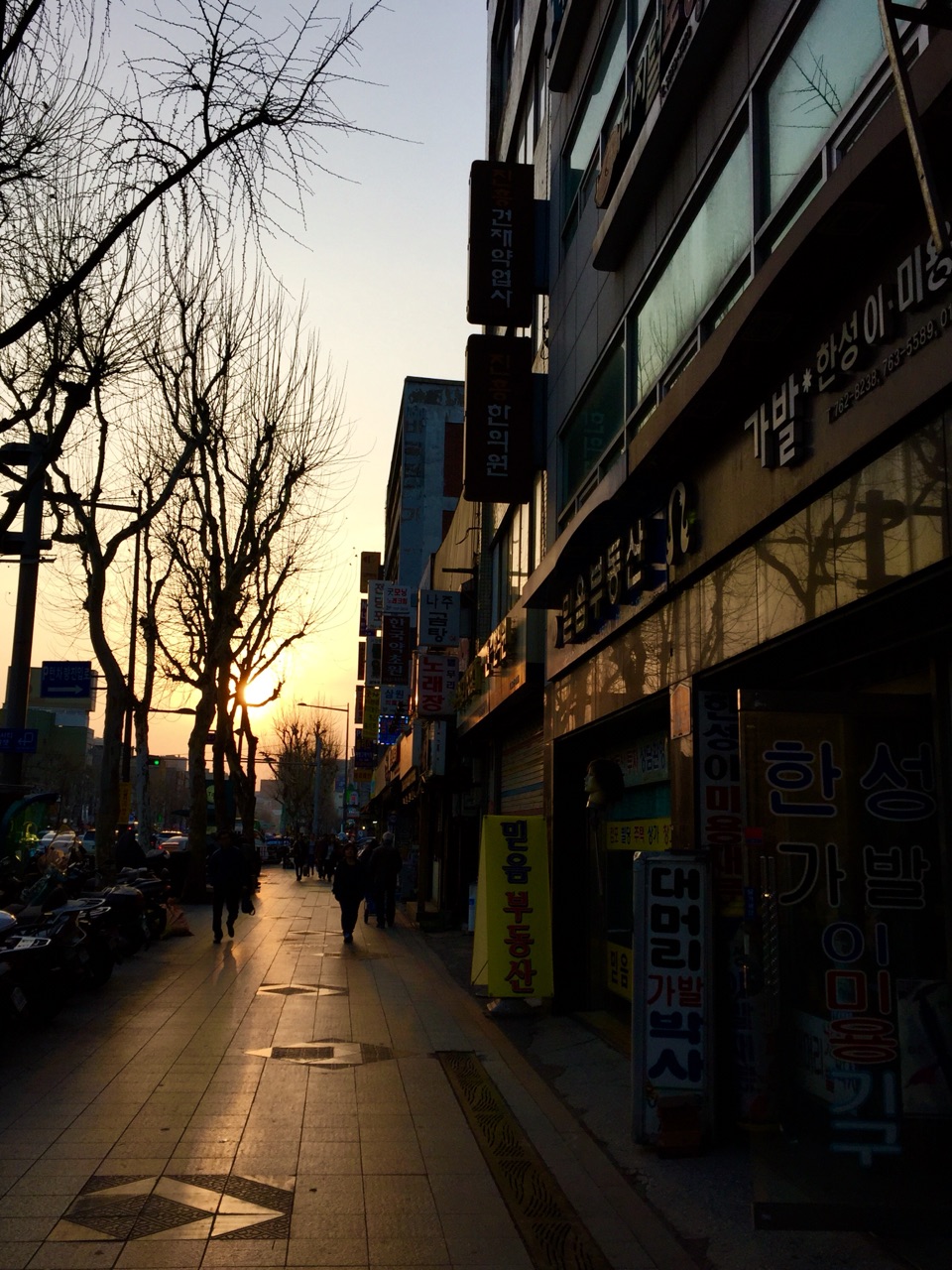 Quite unusual for a city. I’m staying very close to the metro station and had been a bit worried about finding the guesthouse as the map wasn’t too clear. But it was actually super easy and about 20 seconds out of the metro!

Exhausted! What a long journey.

But no time for sitting around. I’m meeting a friend in 20minutes! Enough time for a shower and change of clothes. She came and met me at the guesthouse and we went for a wander around the local area of Dondaemun.

This area was traditionally lots of markets, but now these have been moved and in their place are lots of high rise department stores, shopping malls and lit-up modern art instalments.

The Dongdaemun Design Plaza is a large metal donut style building. Inside and outside are various exhibitions. The outside of it was rather cool – with lots of good photo spots of all the lit up surrounding buildings. Around this building was a park area, again full of various lit up art instalments. The best one was thousands of roses which were lit up white, across all the grassy areas. All the surrounding towering buildings were all lit up in various colours, with flashing lights and stars all over them.

We went for dinner in the newly opened (it had been open less than a week) Hyundai department store. A very modern 9 floors up and 6 floors down (!) building, selling everything. The restaurants were on the 9th floor and we went to a buffet. It was so incredibly fancy. So many different options – I had some rice mixed with spinach (which came in a hot metal pot, surrounded by a wooden block), and a whole load of vegetables – spinach, corn (but not like normal corn – much more chewy and not sweet), lotus root, kimchi, seaweed, spinach, and loads more. 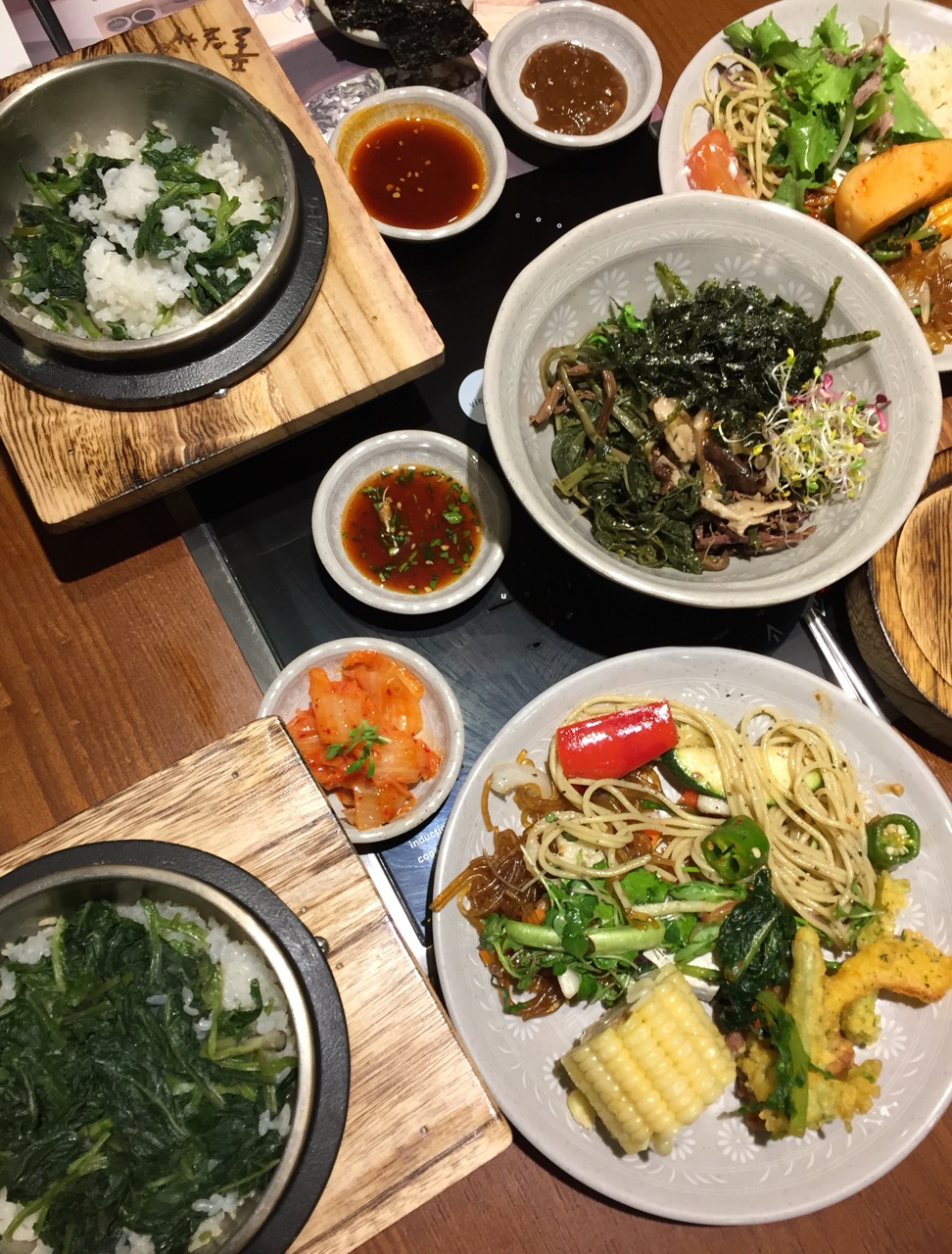 There was even dessert! I had some shaved ice (which is a popular dessert – usually with condensed milk, but I didn’t have any of that) with some mochi (rice flour balls) and frozen persimmon!! It was all so good!!

On the way back, we passed over the Cheong-gye stream. This stream runs 8.4km through the city and they have recently spent US$384million on an urban renewal project to make it clean. Concrete pathways line the stream and there are often events held along it – although not today. And finally – sleep time! 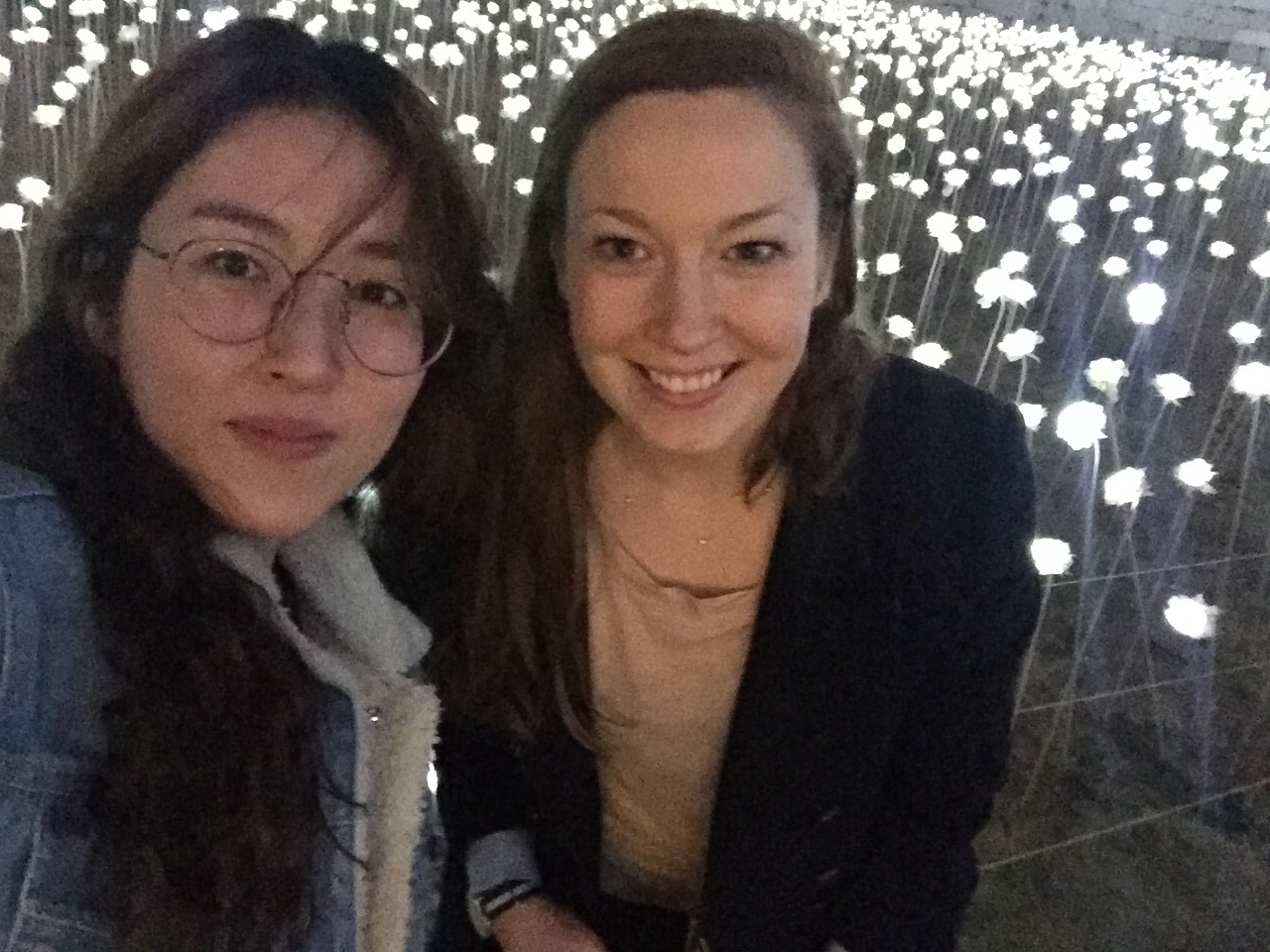 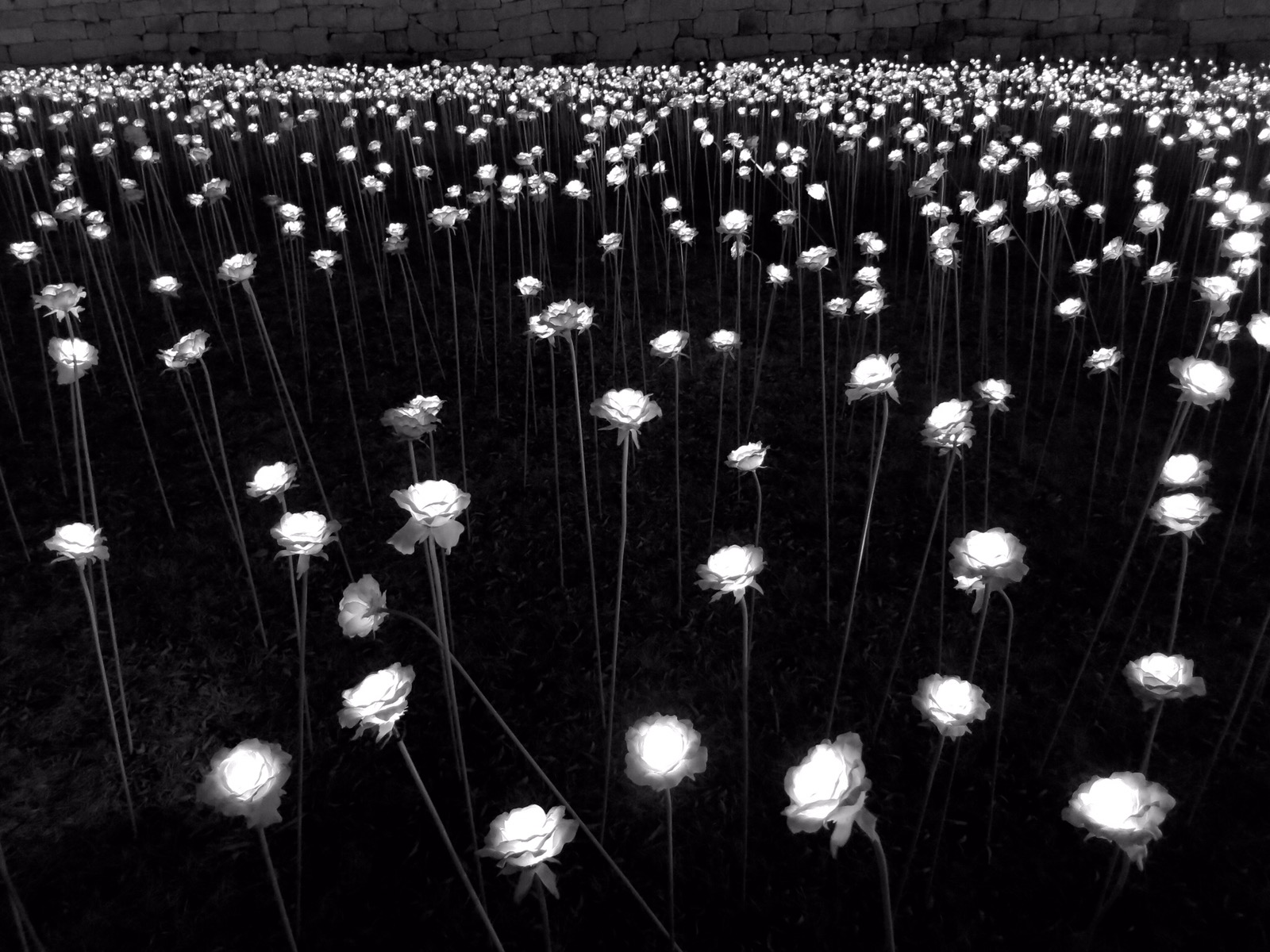