Continuing my mission to visit everywhere…. Slovenia has been on my list for a while.

But it’s always been too difficult to get to.

Flights only go from the north London airports, which are too difficult to get to from home. And at silly times.

But given the bank holiday, I’ve made it work. And I’m heading off!

Getting to Stanstead wasn’t too difficult. Just a lot of faf. Train to Waterloo. Tube to bank. Walk to Liverpool Street. Train to airport. And it took about 3 hours.

The plane left on time at 1pm. And it was a surprisingly short 1 hour 45 min flight to Ljubljana.

I thought enroute I would be able to learn how to say Ljubljana. As it should have been announced in the airport and on the plane. But it seems that no one knows how to say it either and instead all the announcements are ‘something talking fast-ana’. So that wasn’t very successful.

Public transport from the airport isn’t great. One bus. Once per hour. So I had reserved a taxi ahead of time. And weirdly you had to specify a time. So I picked 4.30pm.

The flight was supposed to arrive at 4pm, so I thought that would give me enough time. Rather we landed early, the airport was tiny, passport took no time at all and I was outside before 4pm! Luckily my taxi was already waiting.

It was just a 20 minute drive to the city. Through fields, forest and past mountains. Barely saw another car until we reached the city. So quiet.

The middle of the city is pedestrianised. So I was dropped near the train station. And had to walk the rest of the way.

I ended up in the main square (which was surprisingly small). On the north side of the square was the main church of the city – the Franciscan Church of the Annunciation. It is a pink/terracotta colour and quite pretty.

Considering it it a capital city, it was quite quiet. There is a river running through the middle of the city, which passes right by the main square, with various ornate bridges running across it. One of these is the famous one, the Triple bridge. 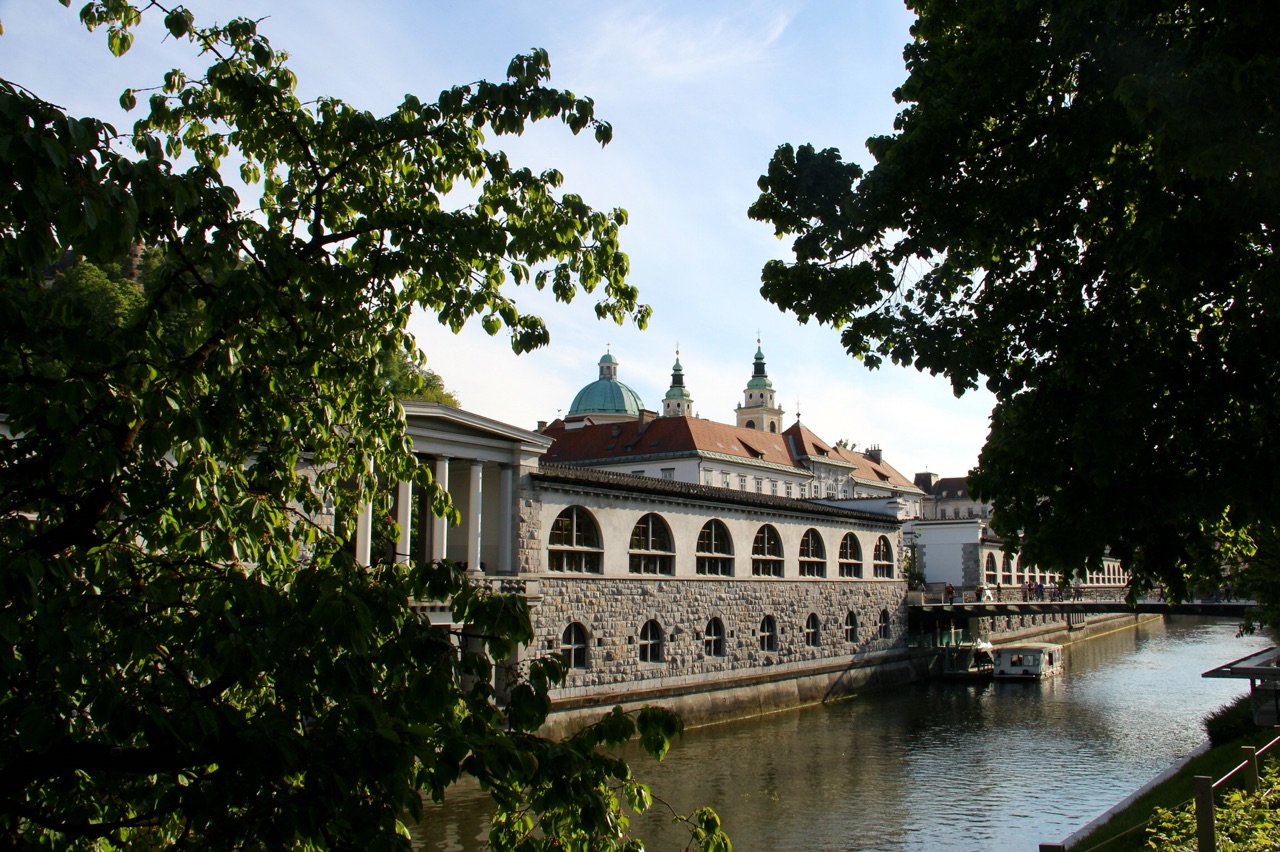 Made up of three stone bridges, next to each other. It was such a sunny, warm day. And it seemed that everyone was sat outside, along the river at one of the many bars which lined the full length of the river through the city. I’m staying right on the river, about 1 block down from the main square. So very central!

I dropped my bag and carried on wandering around. It was very small, so didn’t get particularly far! Of course I needed icecream. And everywhere had vegan ones! I got something a bit different – apple and ginger, and beetroot, raspberry and Tabasco! Random. You wouldn’t have said it was spicy though. So that was a bit disappointing!

Towering above the city, on a green hill was the castle. Although I didn’t go up to see it, as it was getting a bit late. Just looked from the outside. I walked along the river to the eastern side of the city.

Here there is another bridge – this time with dragons on each side of it. Just away from the river was a street totally covered in graffiti and shoes hanging from one of the electric wires running across the street. Felt like a whole different place from the rest of the old city.

On my way back to my room, I wandered down another street and found a dessert shop selling different vegan cakes! Obviously I needed a slice, so got chocolate ganache with berries. It was so good. 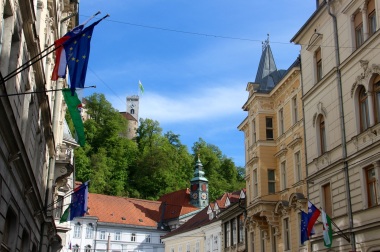