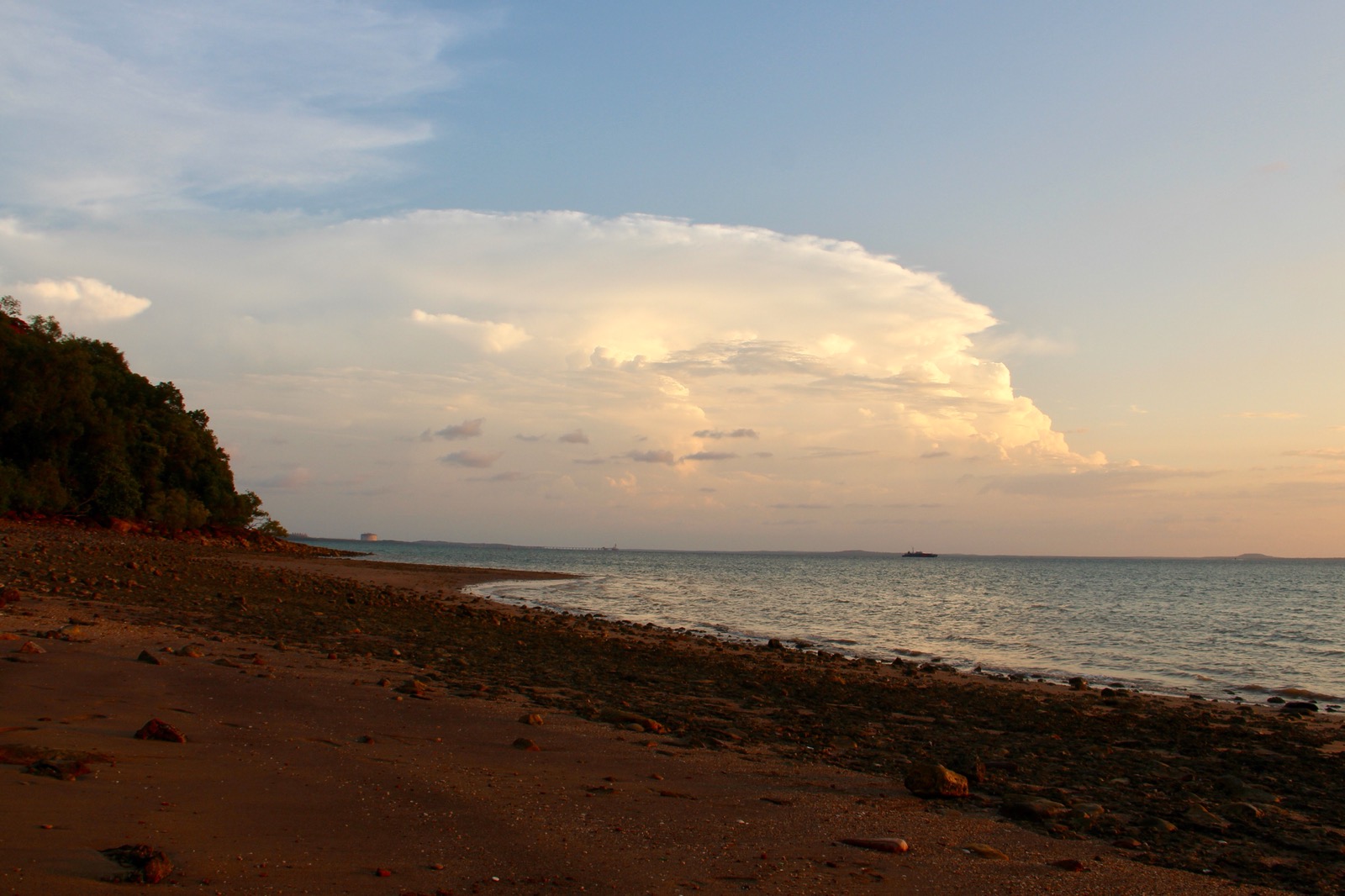 The plane was a bit delayed. But it’s only an hours flight to Australia. Crazy close.

So this wasn’t part of the original plan.

And I wasn’t sure about this part of the trip as it’s pretty expensive. And a lot of flying around.

But I missed this out last time I was in Australia, so I’m going to go – Uluru!

Flight times didn’t quite work out, so I have a day here.

Getting from the airport to the city was easy. There is a shuttle bus which seems to go when it has enough people. $35 return. The driver was funny and welcomed us to the oven! It didn’t take long and I was at my hotel at 2pm.

This hotel is cool – little bungalows set in a massive garden (more like a jungle). I went off for a walk to get food. The most exciting thing – an Australian supermarket. They do so many awesome vegan things here. I got so much – watermelon (cheap!), bananas, cereal (nutrigrain – so good!), amazing orange juice, wraps (much better than English ones), some nut butters (we don’t get the Mayvers brand – and it’s so good!!), kombucha (really good and much better than English ones), plus some snacks for the next few days – nuts, sweets and clif bars. I had fun…!

I wandered around the main shopping area of the city. It’s pretty small. And not that exciting. So many (homeless?) aboriginal people hanging around, shouting things out as I walked by which wasn’t that nice.

But what I did find unusual was just how friendly everyone was. Starting with the immigration woman – she had a whole chat with me about how amazing she thought the hotel I was staying at was. The customs lady was also really chatty. The bus driver. Even the checkout woman in Woolworths was chatting away about how great she thought a particular nut butter was and asking me all about how food compared to England. It was so nice!! Everyone seems so happy.

For the rest of the afternoon I was in the pool. It was so hot.

But I went out for another walk just before sunset. There is a park running along the west side of the city and right by where I was staying. There were so many people out for a run/walk in their active wear(!). And there I was taking photos of birds. 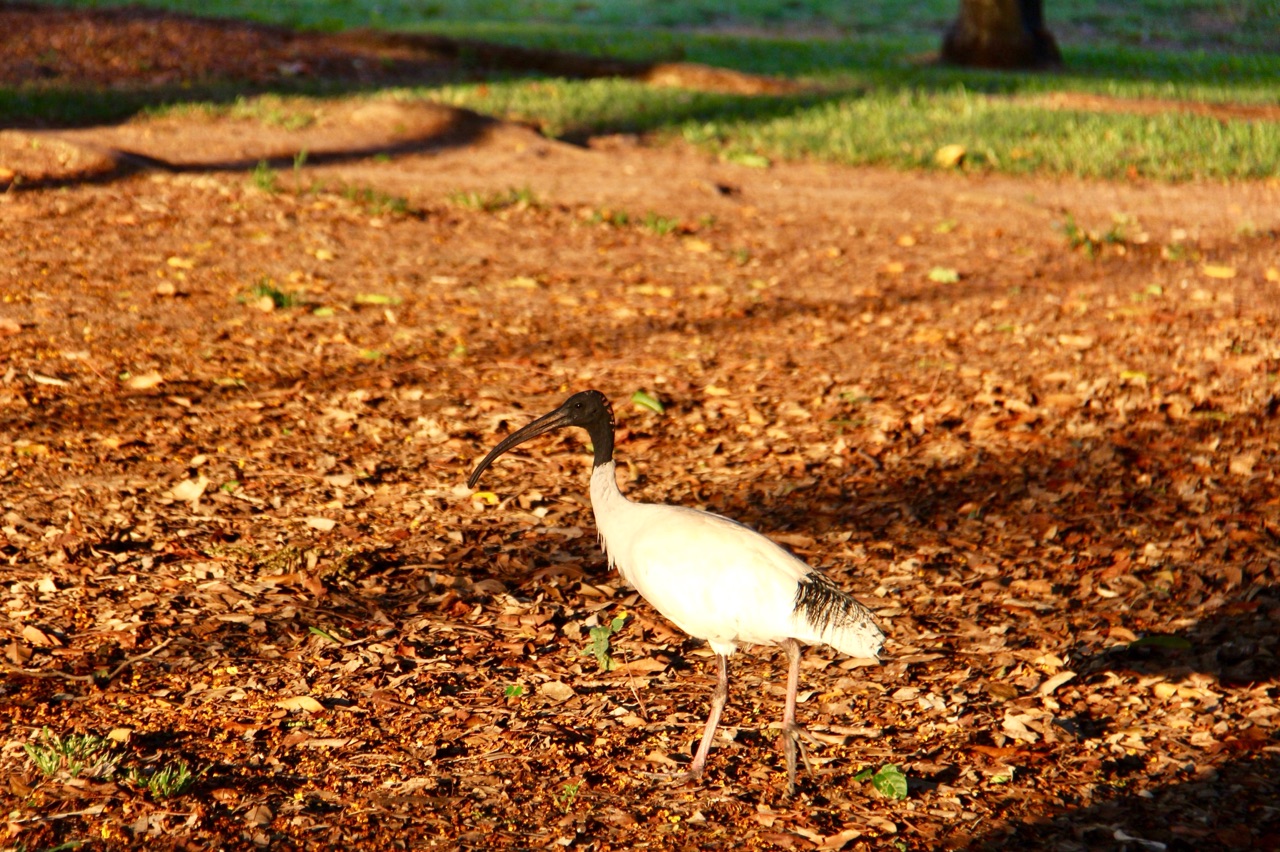 People were looking at me as if I was silly. The birds were cool though! But perhaps to locals they are like pigeons. I found a path leading down to a beach, it was quiet – only 4 other people down here. So I sat and watched the bright orange sunset. 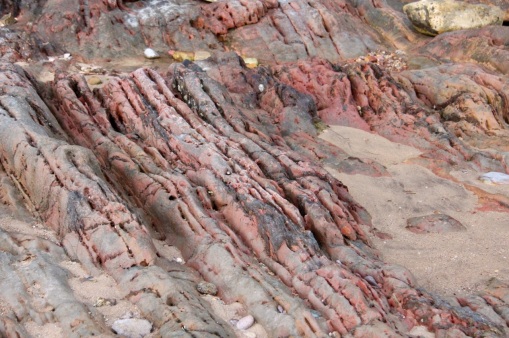 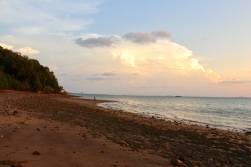 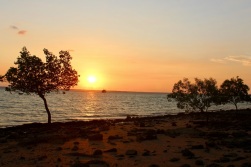