Up early (again!) and again it was cold.

It was 11 degrees, so whilst not freezing, isn’t the most pleasant temperature to be coming out of a sleeping bag into.

The sunrise over the distant mountains was pretty.

Tent down. Breakfast. And then driving off at 7am.

Today is a long drive day. We are expecting to read our campsite around 6pm.

Some wildlife along the way. More oryx. And also 3 antelope – a type we haven’t seen before!

A few hours in, we reached a hill (unusual as most roads have been straight and flat). The truck couldn’t get up it. So we all got out and walked. 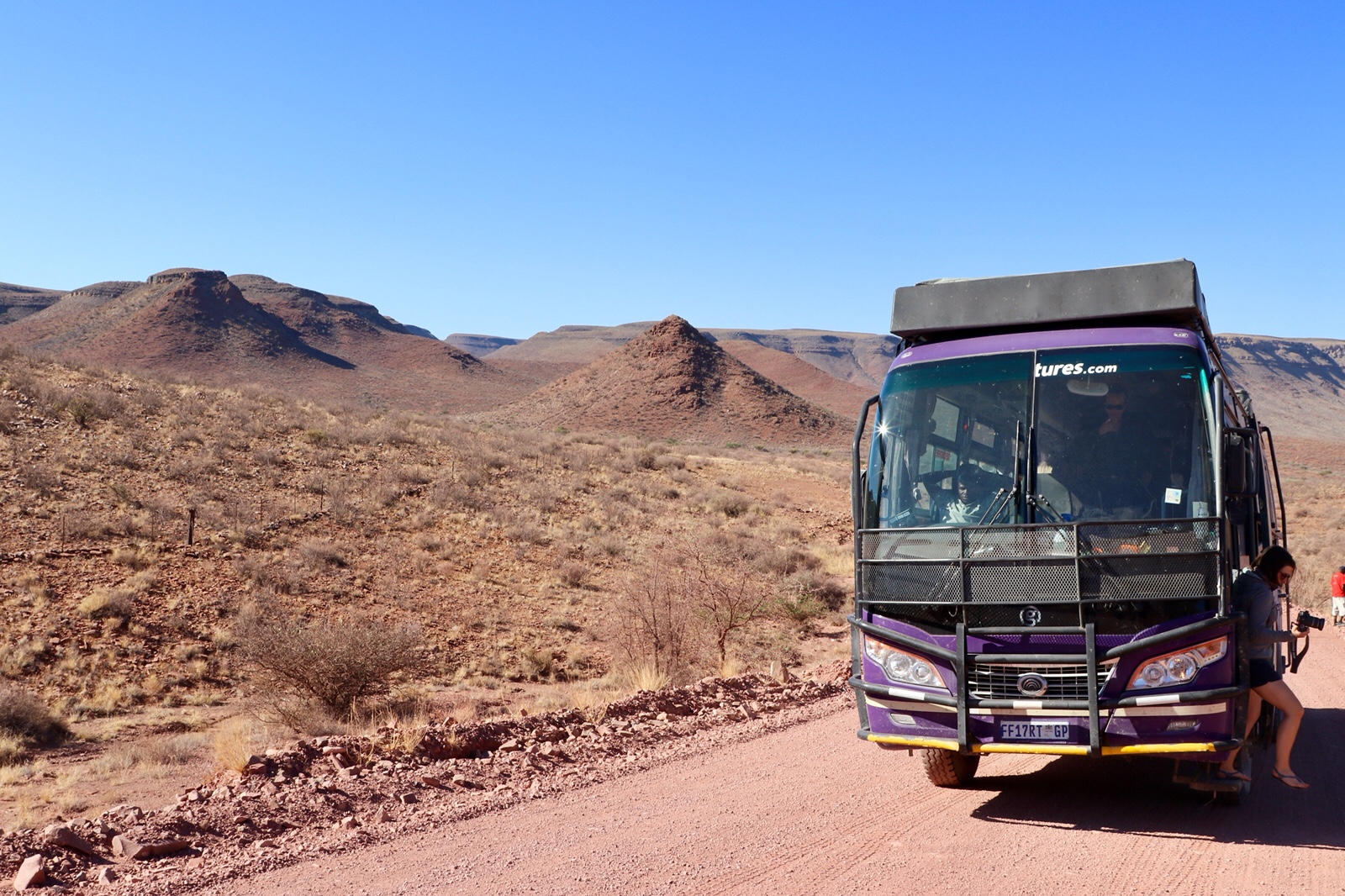 The hill was much higher than it looked from the bottom, it kept going up and up, round the corner. But it was fun. There were good views across the rocky landscape. Broke up the morning of sitting down!

After a lot more driving, we stopped in the small town of Betelemy around 12pm. The town had 2 small food shops, a cafe and a petrol station. The shops didn’t have anything very exciting – no good snacks.

We finally stopped for lunch around 1.30pm. Just on the side of the road. We have tables and chairs and a whole kitchen with us. No cooking. Just cutting up salad items. Again, just salad and bread for me. 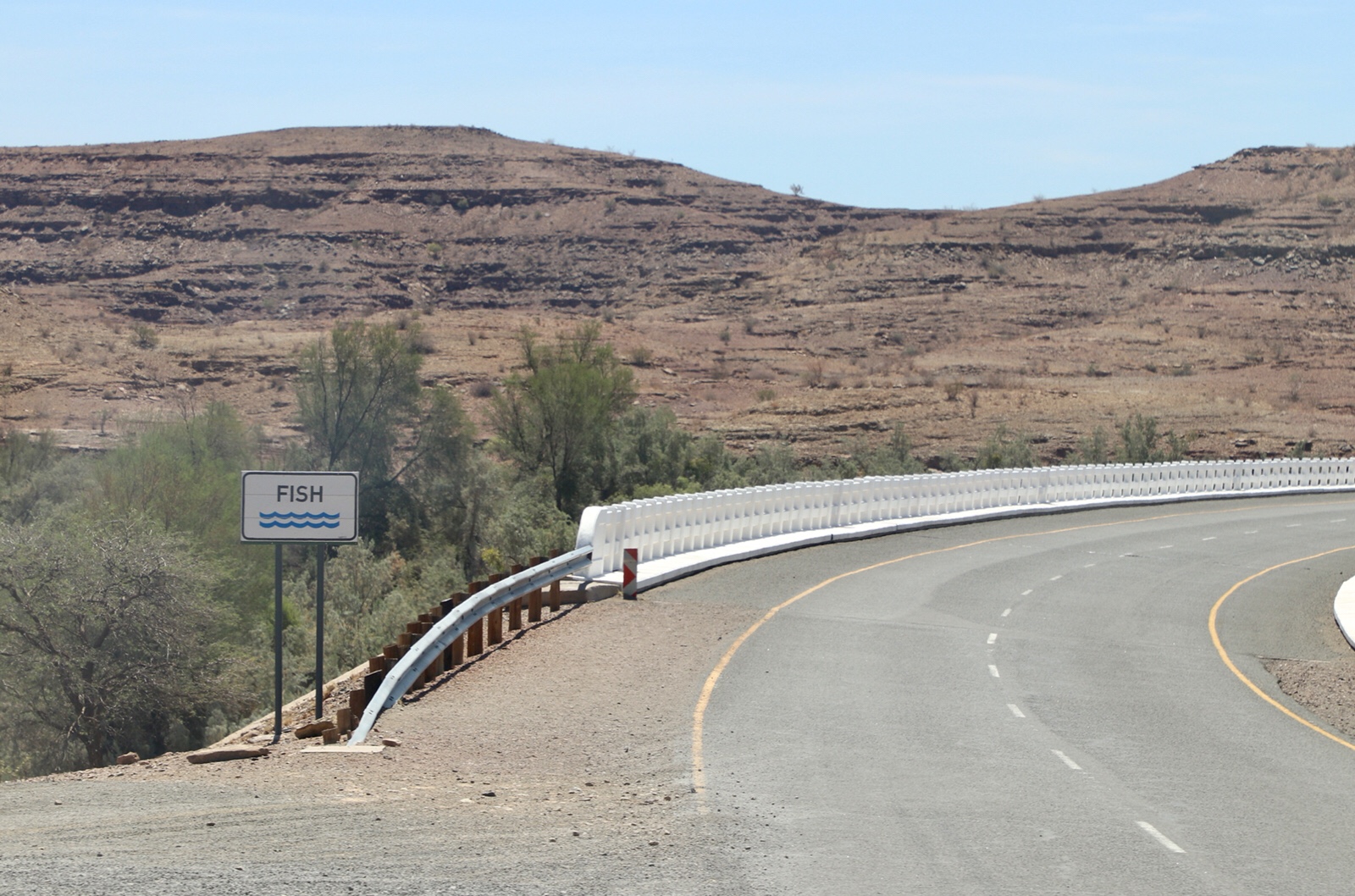 We finally reached the campsite at 4.15pm. Just over 9 hours on the road.

It was nice and quiet. We got some nice spots for our tents. Then had a quick swim in the pool, before heading back out again at 5.15pm.

We are staying within a national park. Gondwana Canon Park. This is the park of the Fish river canyon.

This canyon is the second largest in the world and the largest in Africa. It is comprised of two different canyons, which were formed in different ways. The dramatic inner canyon reaches a depth of 550m. It is 160km long and up to 27km in width.

It was a 10km drive from the campsite to the viewing points of the canyon. We stayed on the rim only. You need a special permit to go anywhere else.

The bus dropped us off at one point and we walked a few kilometres along, to another point.

Shame the sun was directly in front of us. Bad photo lighting. 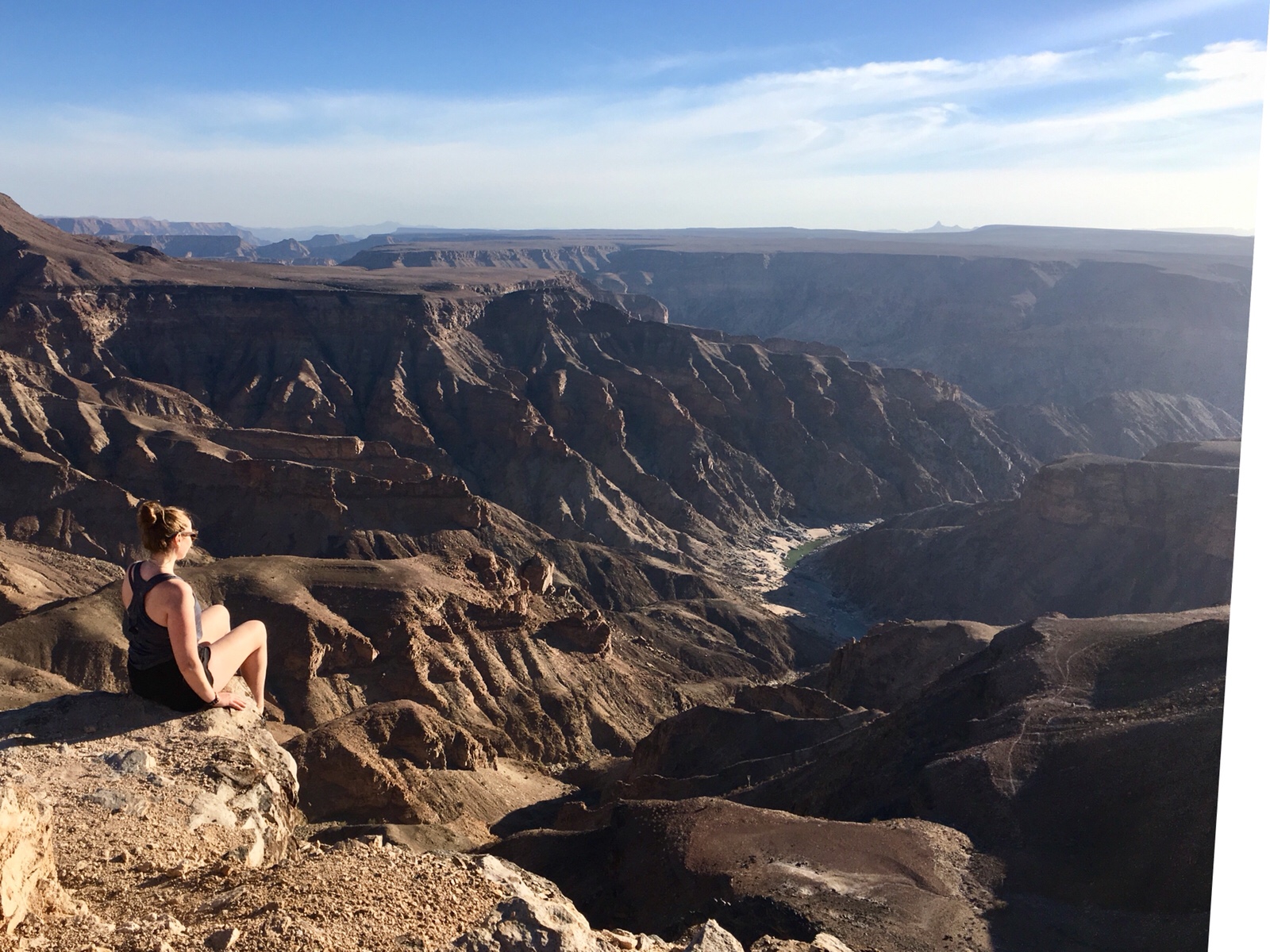 We stayed until sunset. When the sun was lower, it was possible to see more of the canyon.

We had kind of ran outof food for dinner.But they made it work.We had rice, with carrots in.And peanut butter cabbage.There was also a vegetarian soya mince – but tasted way too meat-like, so wasn’t nice.