We headed out around 9.30am. Back to the Hauptbahnhof.

The bakery at the station (Anker), had a huge vegan selection. So a hazelnut (?)(but thought it was cinnamon) whirl for breakfast!

This time, on a train to Bratislava, in Slovakia.

Our train left at 10.15am. Out of the city. Across the Danube river (which was partly frozen!) and into the countryside. It took an hour and was mostly an hour of fields. With a few hares running across.

The border between Austria and Slovakia was a small stream.

The station was small. But a bit hectic outside.

We wanted to catch a bus into the city centre. It was a little confusing, but eventually found where the buses depart from (a different place to where they drop off…!)

The bus ticket was included in the train ticket we had bought in Vienna. Handy! But it wasn’t a long journey. Barely 10minutes.

The city centre was almost deserted. A very strange capital! 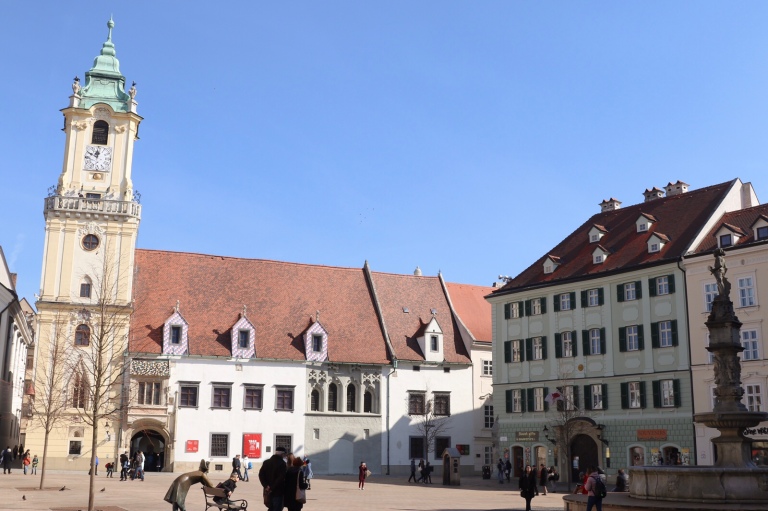 We walked around a few streets. Through the old city walls. And ended up in a main square.

The fountain in the middle of the square – Roland’s Fountain – is thought to have been built in 1572 as a fire hydrant. And opposite this, was the 1421 Old Town Hall

A few streets later, past the 1886 Slovak National Theatre (an opera house),we headed to the river.

The river runs around the edge of the city centre. And wasn’t too exciting! Despite being cold, there were a few people out, sitting on benches.

We wandered around the old streets. Didn’t seem to be much other than bars and restaurants. 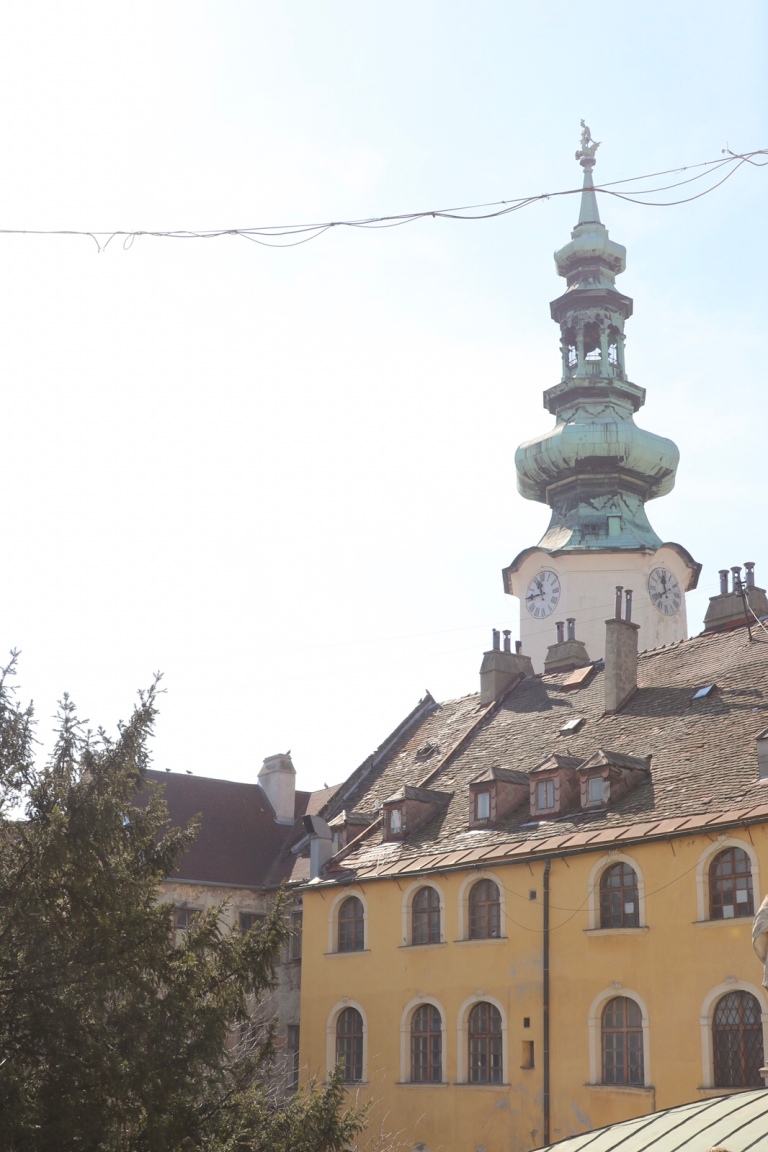 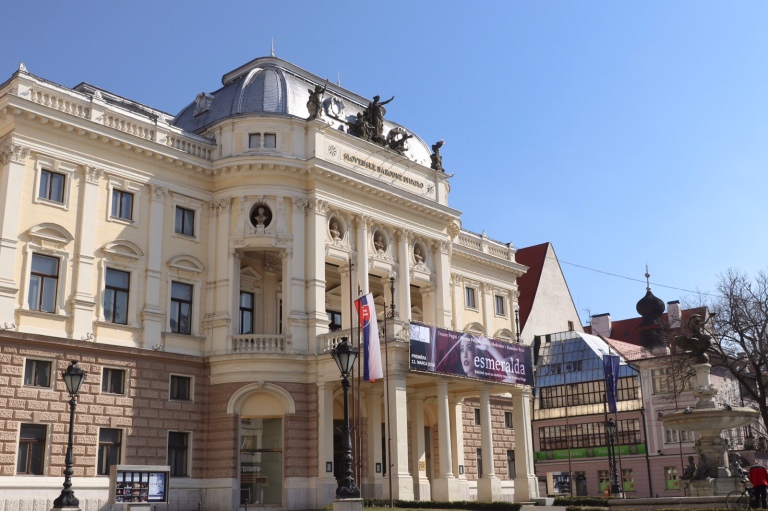 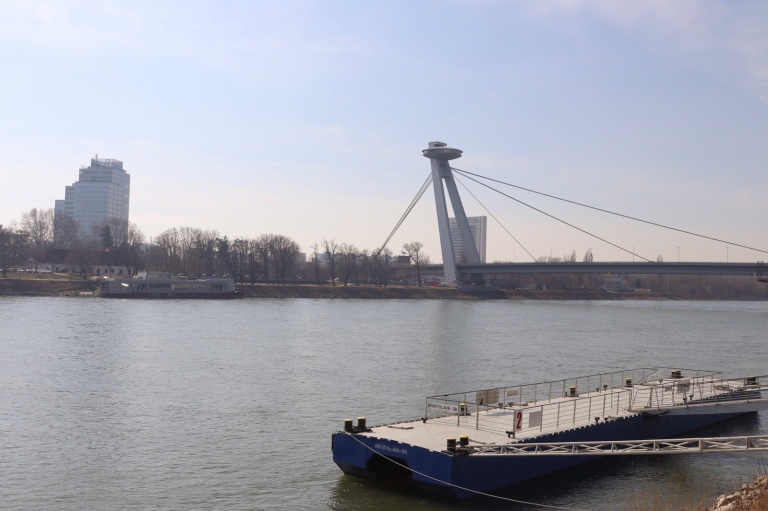 We headed up the hill, towards the Bratislava Castle. There were good views, heading back across towards the city.

Today, the castle is mostly a 1950s reconstruction of the original which was burned down in 1811. It was busy up here. Seemed to be where most people were! 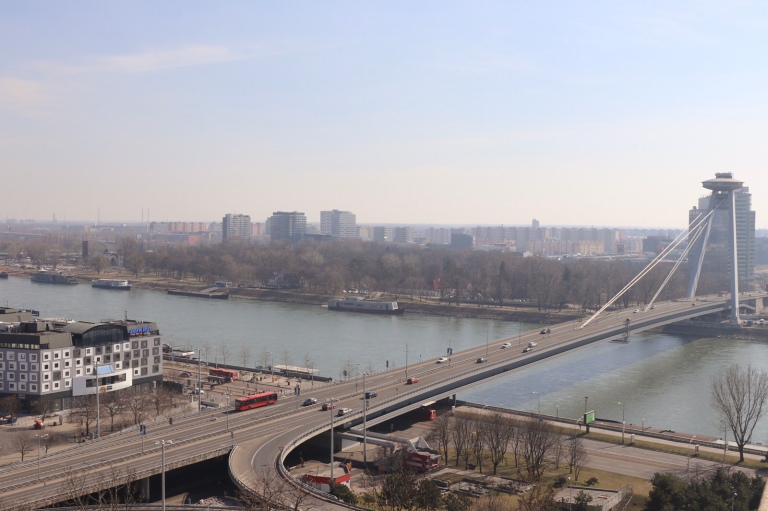 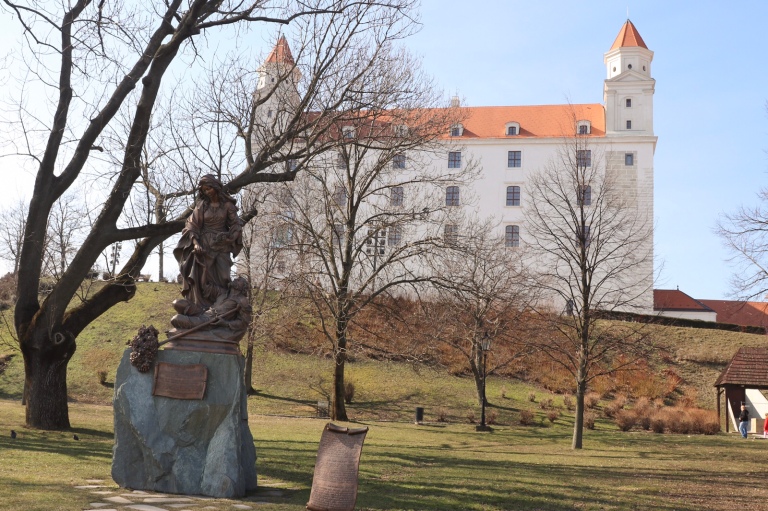 On the way back down, we found some vegan gelato in a shop that had apparently just opened for the first time 10minutes previously! It was good, but quite expensive.

From here, we headed back to the train station. And by 3.45pm, we were back in Vienna. 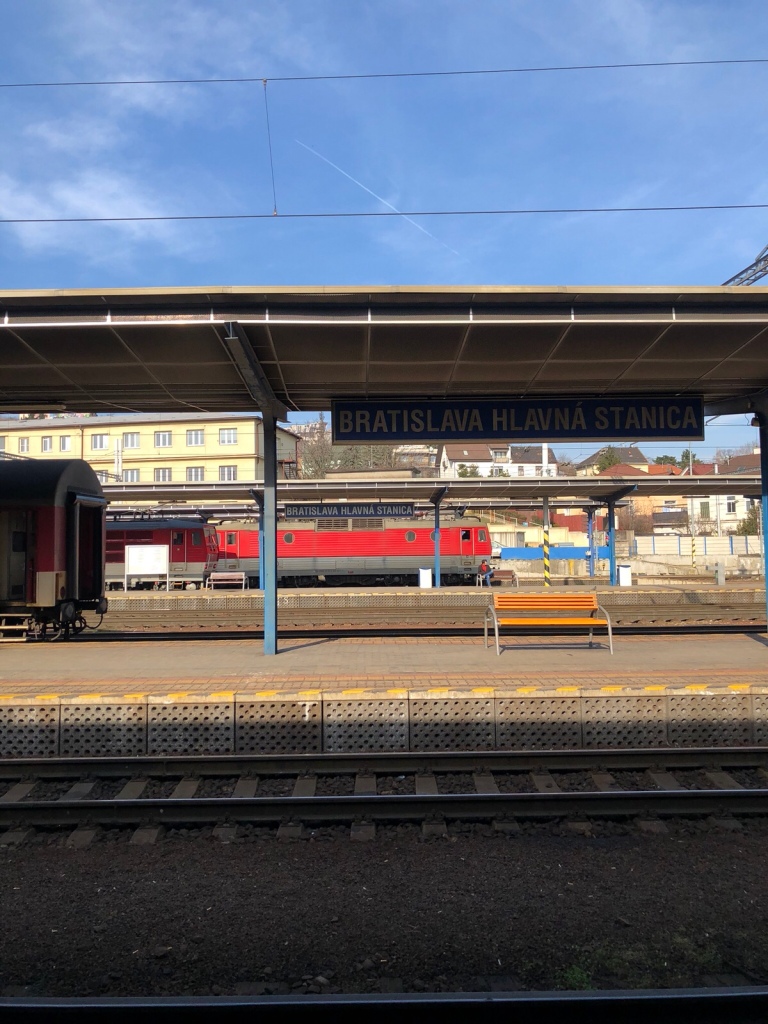