I’ve been to Hong Kong before. And already visited most of the places I really wanted to.

But whilst I was here, couldn’t pass up the opportunity to pop to Macau!

I walked from my hotel to the ferry port, which took about half an hour, weaving between the tall buildings and navigating main roads – crossing over the footbridges. Despite everything being crammed it, it all works.

My ferry was at 10.30am. You have to pass through immigration – different country! The ferry was a bit delayed due to bad weather (it didn’t seem to bad to me!). 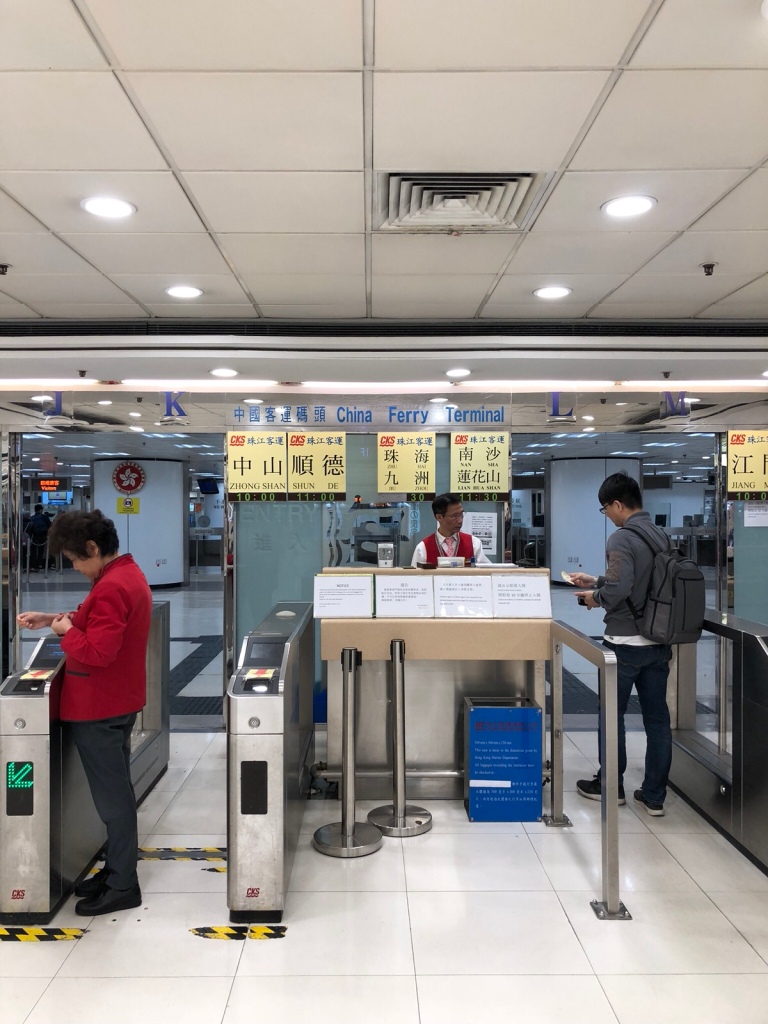 But it took just over an hour to speed past the islands in the bay. with a nice view of the big Buddha on Lantau island.

Macau is 65km to the west of Hong Kong and is an old Portuguese colony. Macau is also know as the ‘Vegas of the East’, the only place in China where gambling is legal. This gives it a strange theme park feel.

It took a while to pass through immigration. And as we were late already, it was 12pm by the time I was out of the ferry terminal.

The ferry terminal is not far from the main city. But I didn’t have time to walk. There are free buses which every hotel runs from the ferry terminal to their hotel. So I found a hotel that was in the city centre and got on their free shuttle!

The hotel was the Grand Lisboa. A large building which is apparently shaped like a lotus. It was a bit strange. We were dropped off on a lower ground floor. Right next to the entrance to the casino. 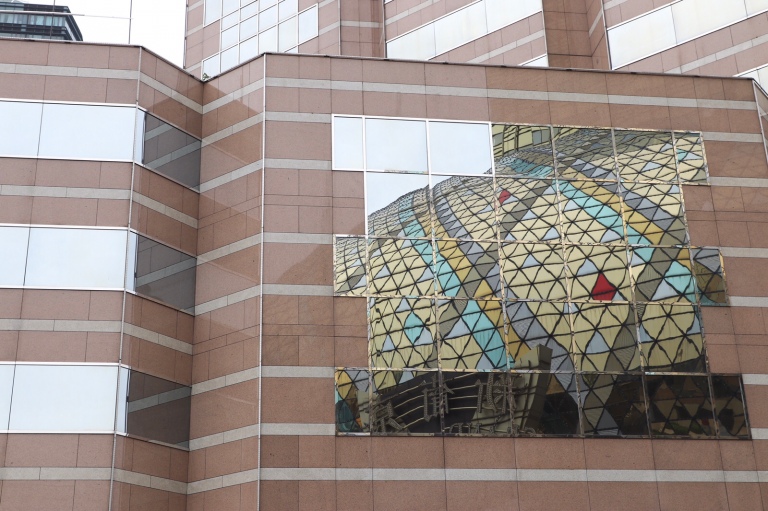 I didn’t particularly want to go into the casino, but it seemed to be the only way out onto the Main Street.

It was busy. Slot machines. Tables of cards and lots of things I didn’t understand. So many people.

It was a bit of a maze and took me a while to go upstairs and find an exit.

From here, I walked into the old Portuguese UNESCO centre. And got lost. I just wandered around.

I ended up in the Street of Happiness. This is a small pedestrian street with red shutters on all the buildings. This was once Macau’s main red-light district. And several scenes from Indiana Jones and the Temple of Doom were shot here. It was a nice street. But a lot of the shops were selling shark fins. So sad. So many of them. 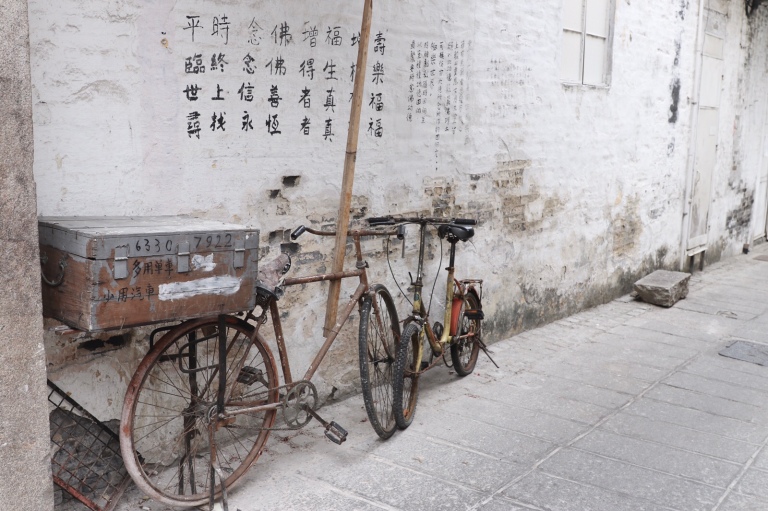 After a bit more wandering I came across the Hong Kung temple. I hadn’t planned on coming this direction. I was just lost. It was a cool temple – with spiral incense everywhere. This temple is over 200 years old and is one of my favourite types. I was the only person inside. 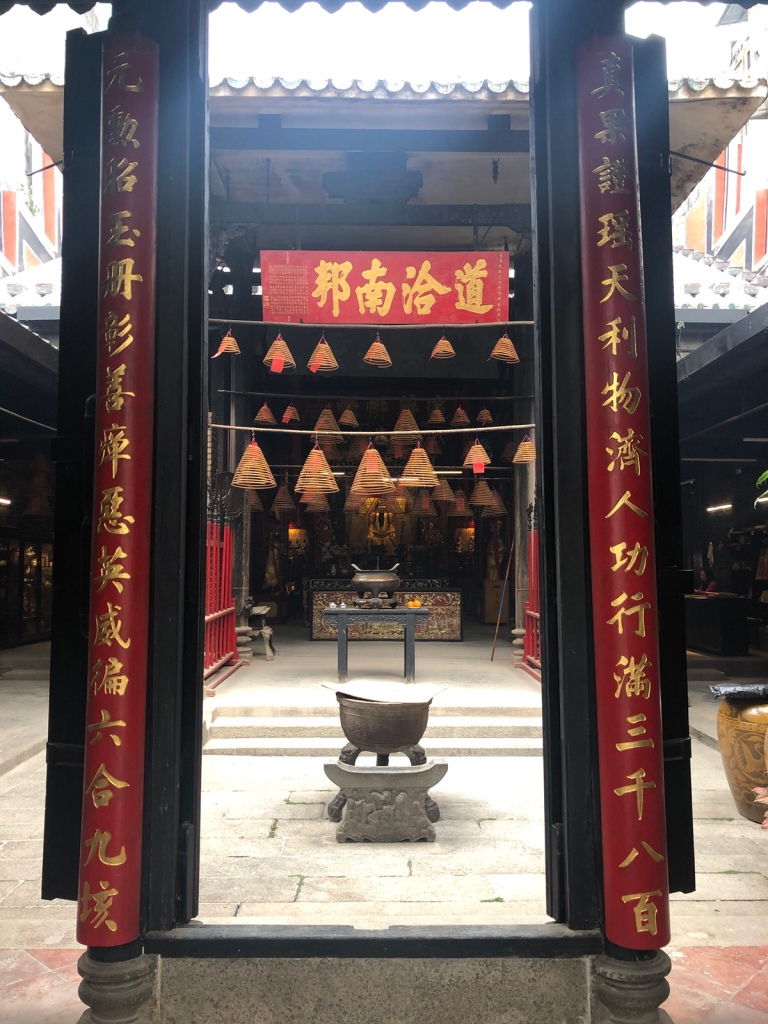 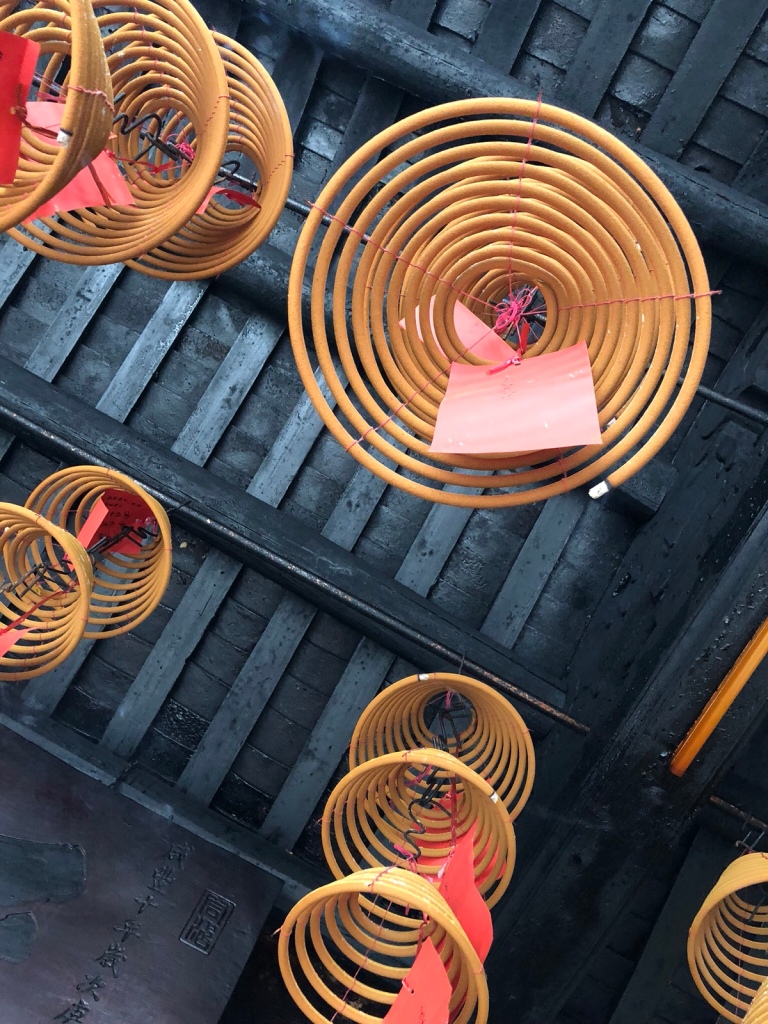 I was trying to head to the Ruins of the Church of St Paul. But I got completely lost. Google maps was showing me as being in a completely different location. And the streets were a bit of a maze. But I finally made it.

All that is left of this church now, is just the front facade and is known as the Gate to Nowhere. The church was original constructed in 1602 by Japanese Christian exiles and Chinese craftsmen and is now one of the major Christian monuments in Asia.

Just next to the ruins of the church is a small temple – the Tcha temple.

Leading down from the church were a lot of steps, heading to a shopping district. There were so many people here. The steps were completely full of people. 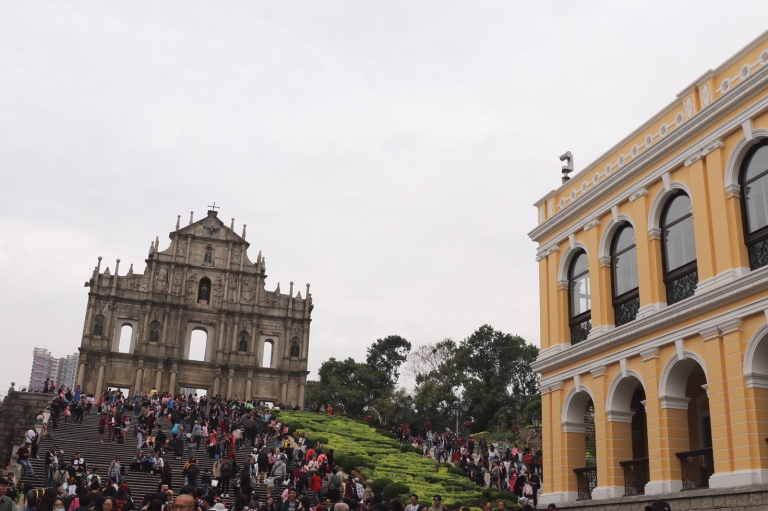 I wandered around the streets (between the crowds of people) and ended up passing through the UNESCO preserved streets – full of Portuguese architecture. Colourful tiles. Arches along corridors. And several church like buildings. Very different from ‘normal’ China.

I had to head back to the ferry port for my ferry at 2.30pm. I caught the free hotel shuttle bus back again. And of course was a bit early.

The 2pm ferry was delayed also. Still blaming bad weather. But looked ok to me. So it was 3.15pm by the time we arrived into Hong Kong. This is a different ferry terminal – now on central island. (I had caught the ferry out of Kowloon on the way to Macau). 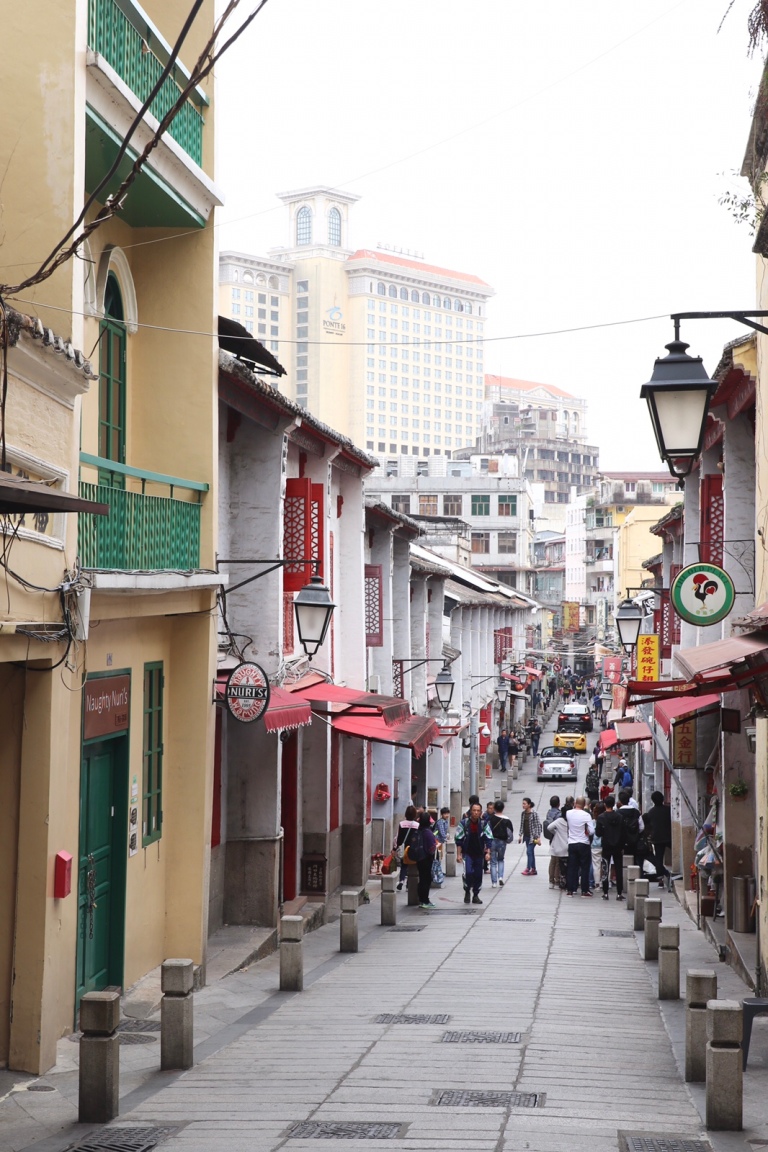 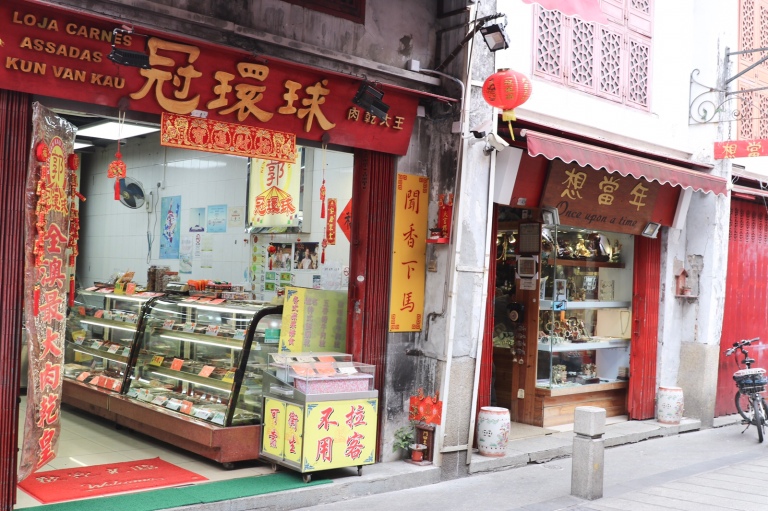 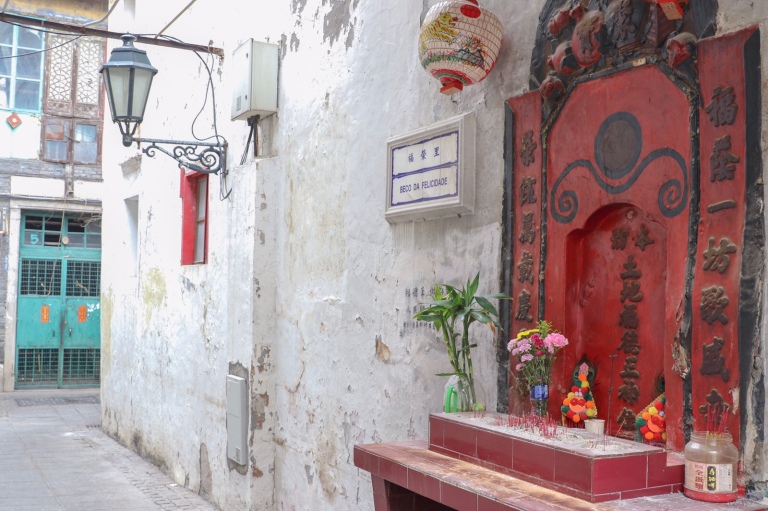 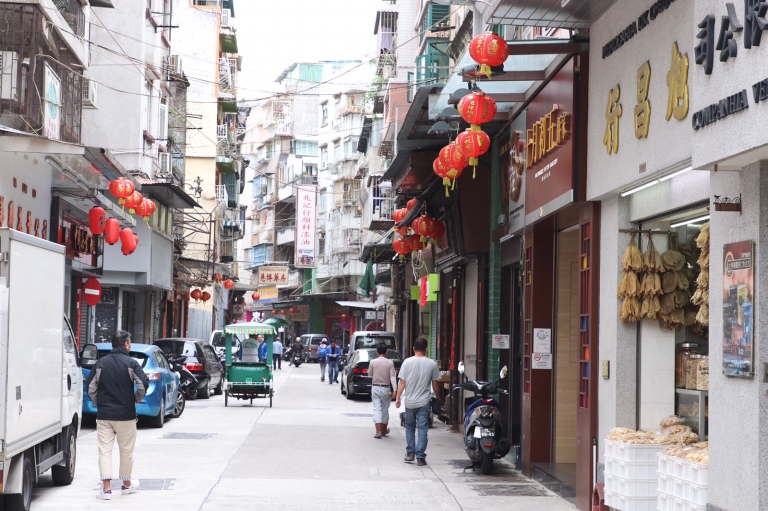 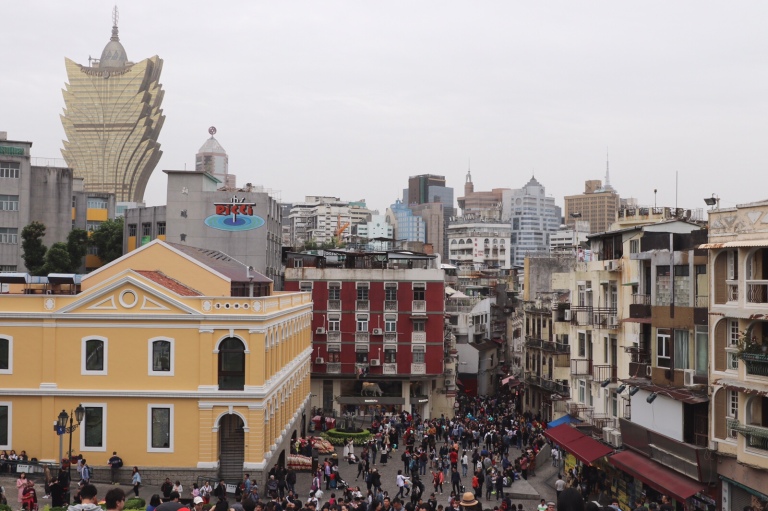 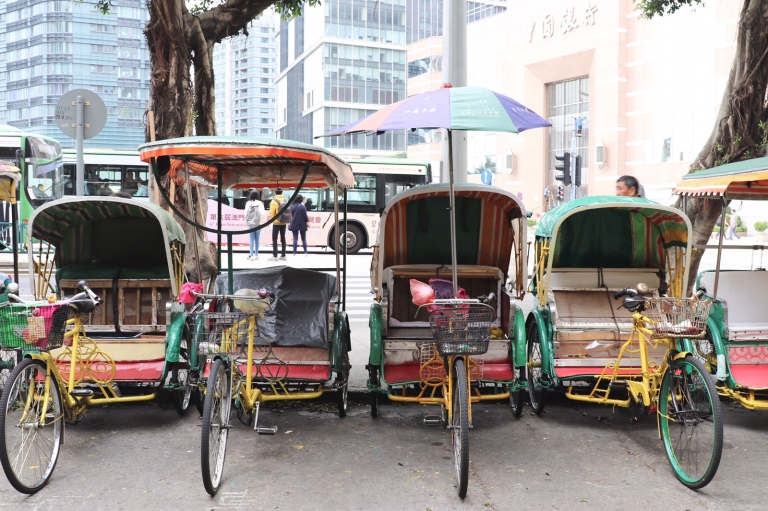 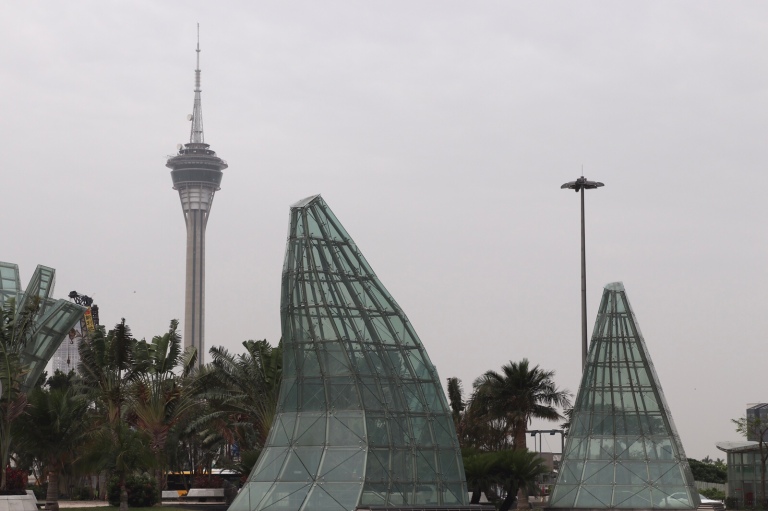