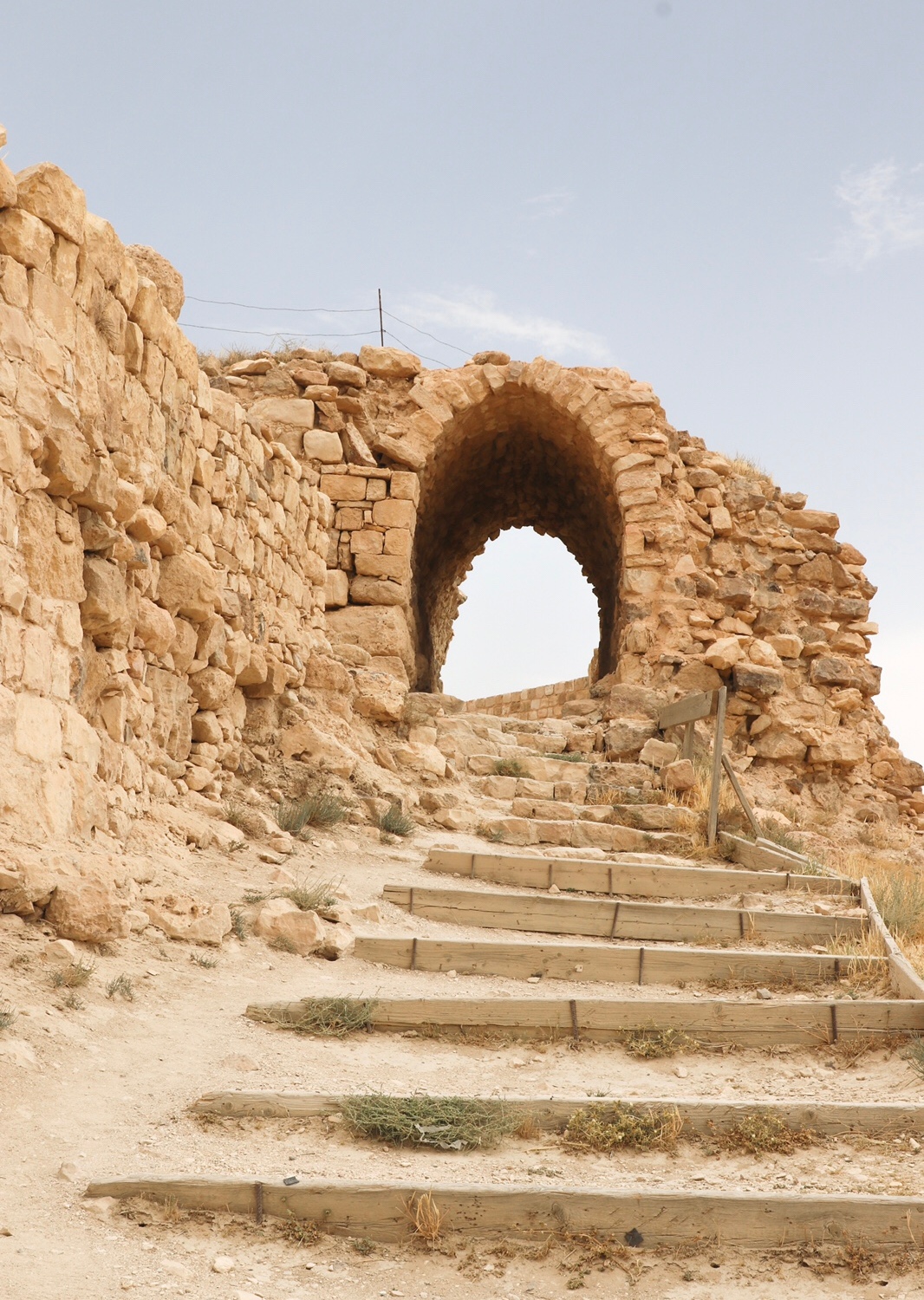 Today I had planned to wake very early and be at the park for 6am (opening time), so that I could see the park without the crowds.

But yesterday was just so amazing – and hardly that many people, it didn’t seem worth going back again. So instead, I had a lie in.

Again, I was the only person at breakfast. I had some flatbread with hummus.

We are taking a slightly different route back – along the Kings Highway. This road runs from Amman, down to Petra. And passes by biblical sights and roman forts.

After about half an hour, we stopped off at the remains of Shobak castle, a crusader fort built by the Crusader king Baldwin I in AD 1115.

Now, it’s a bit of a building. A few arches. And a lot of rubble. 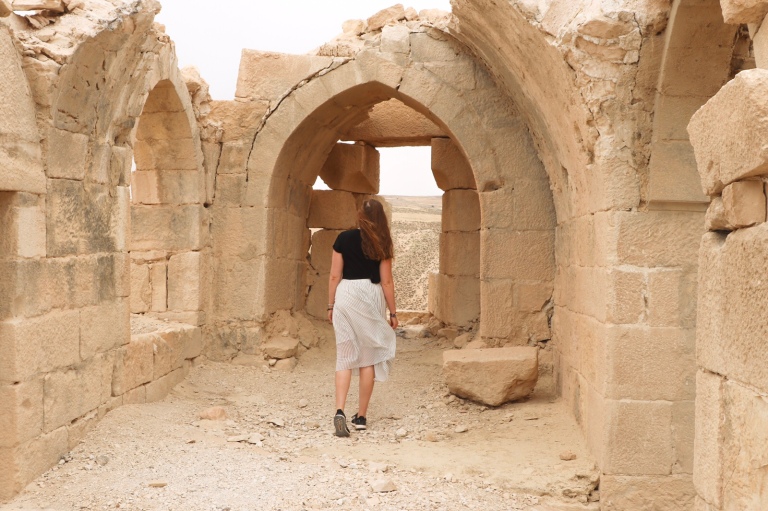 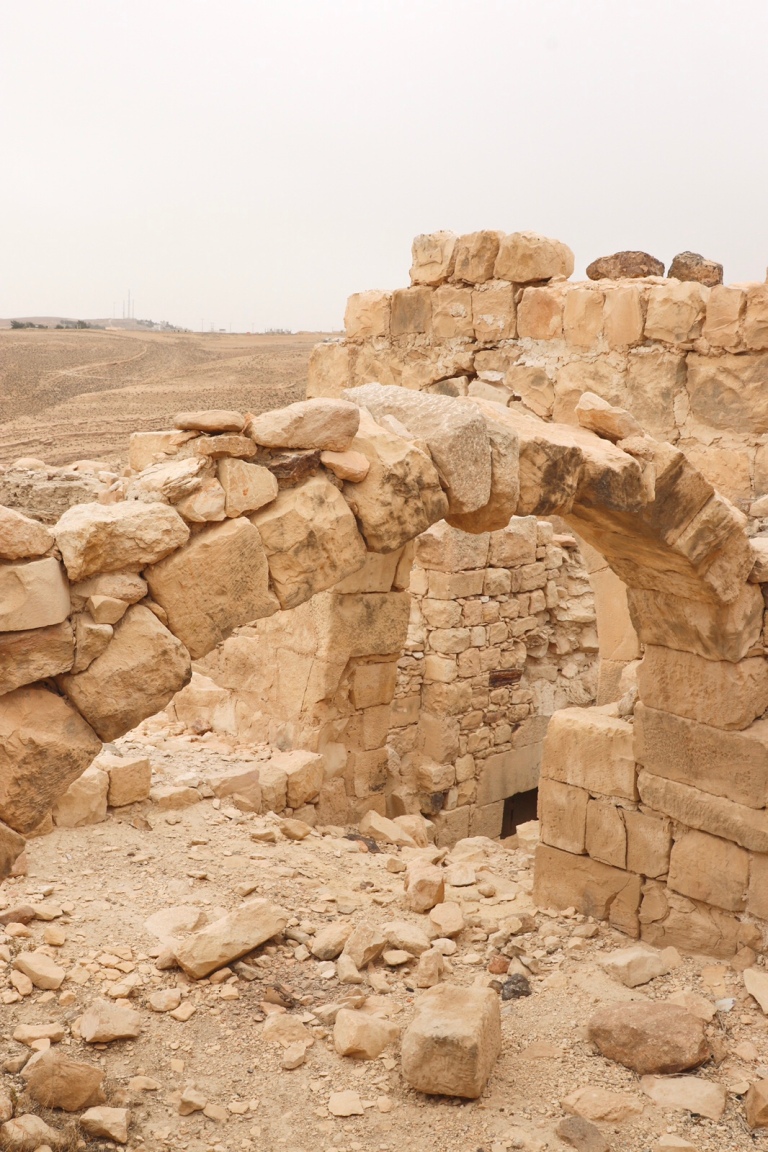 I wandered around my myself for a bit. It wasn’t too exciting.

Then for the remaining 3 hours to Amman.