I was last in Helsinki about 3 years ago. And spent most of that time going to Tallinn and back. But back again for a bit more exploring!

We landed at 11.30pm at night, so the only realistic option into the city was a taxi. I always hate taxis (going wrong routes, don’t take cards, no change, expensive, go to a completely different destination etc).

But here it wasn’t too bad! The meter looked like it was going up rather rapidly, and it is a 35 minute drive. But once it hit EUR39, it stopped going up! Turns out that is a fixed price from the airport. Lucky!

It was now far too late. And I was far too tired.

Breakfast finished at 11am. Which was the only reason for getting up. Otherwise I could have stayed in bed all day.

Then onto a tram and into the city.

We caught the ferry over to Suomenlinna, a collection of islands in the bay just outside Helsinki. 800 people live on this island. And it’s a UNESCO world heritage site due to the old fort which is scattered around the 6 small islands.

The 10 minute ferry was cool – we passed through the icy sea, crashing into the frozen shards of ocean. 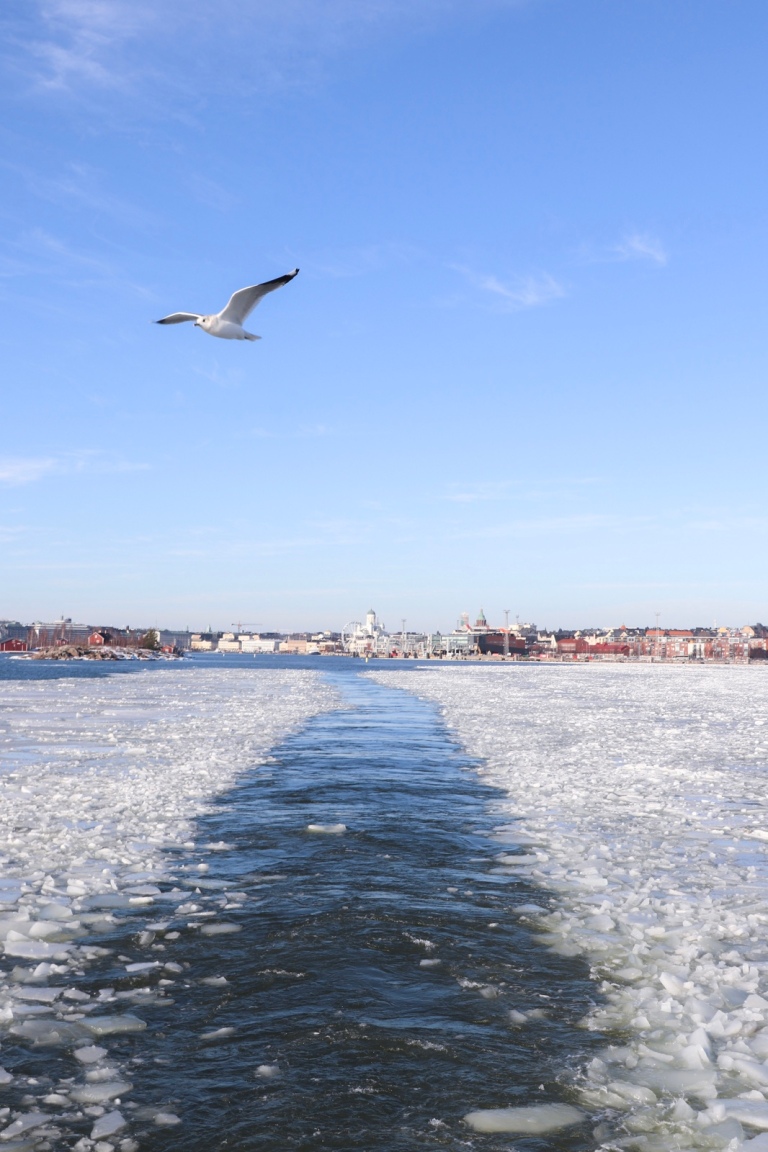 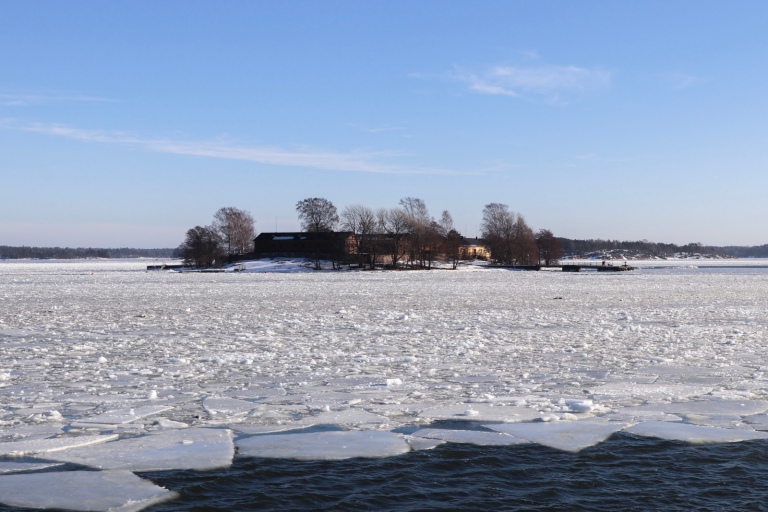 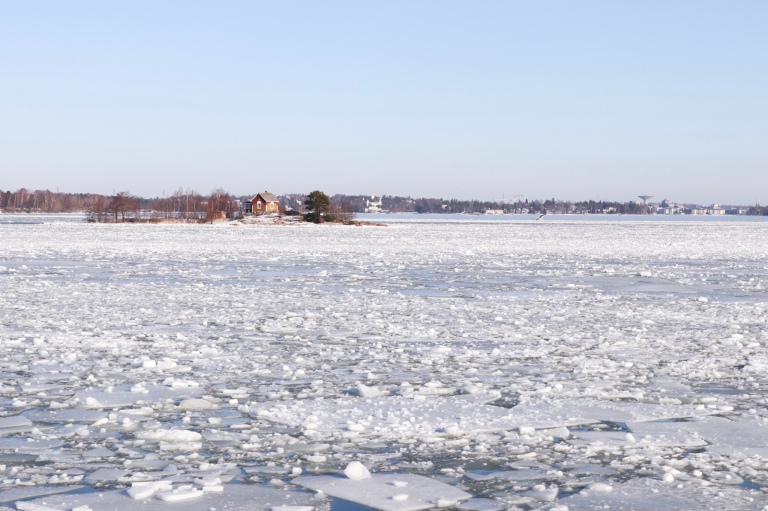 We walked all the way to the far end of the islands – to the Kings Gate. Sliding around on the icy paths, before heading on the 10 minute ferry back to the mainland. 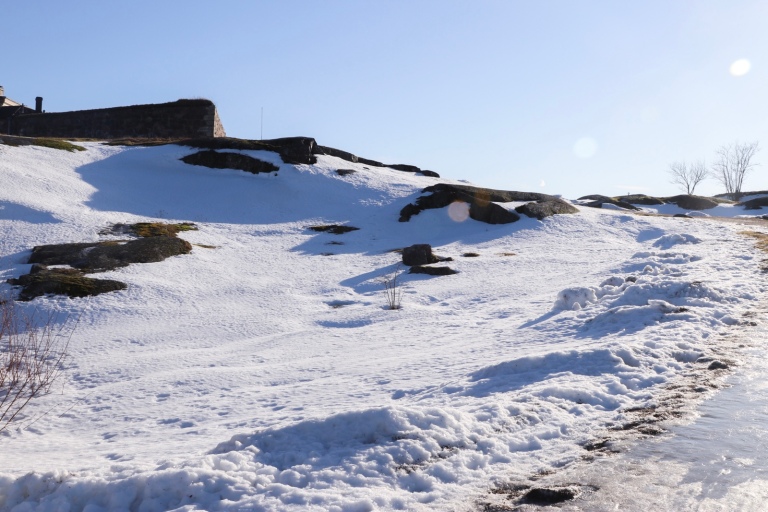 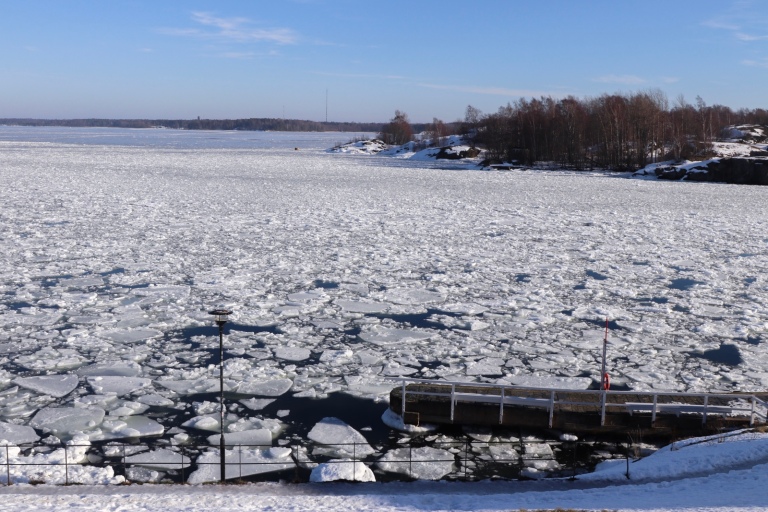 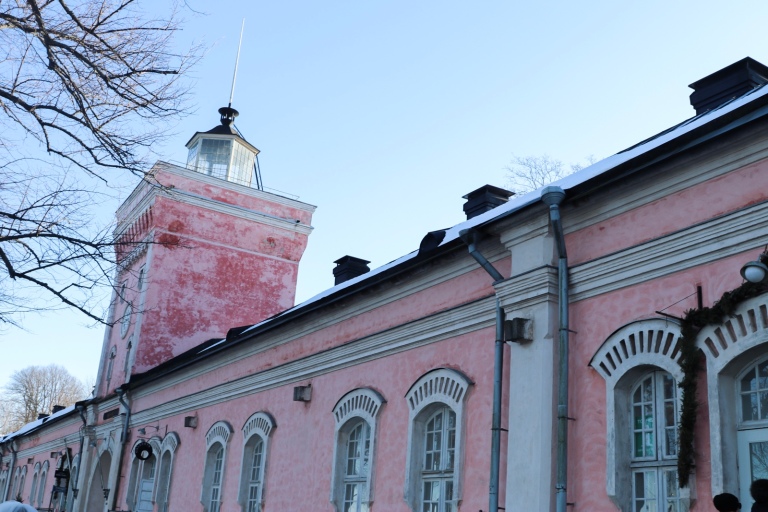 When we were back on the mainland, time for lunch. We got a very local (!) plate of falafel and hummus.

Then went for a walk around the town, around a few shops – including the department store supermarket, which was very fun. Lots of liquorice. And finding all the vegan products that we don’t get at home.

Then back to the hotel for a swim on the food. And some time in the sauna. Although not quite the Finnish way…!

For dinner we headed back out again and went to a small market hall. It’s been converted into a food stand hall. One of them has vegan food – a ramen stall.

The food was good. Not very local again! 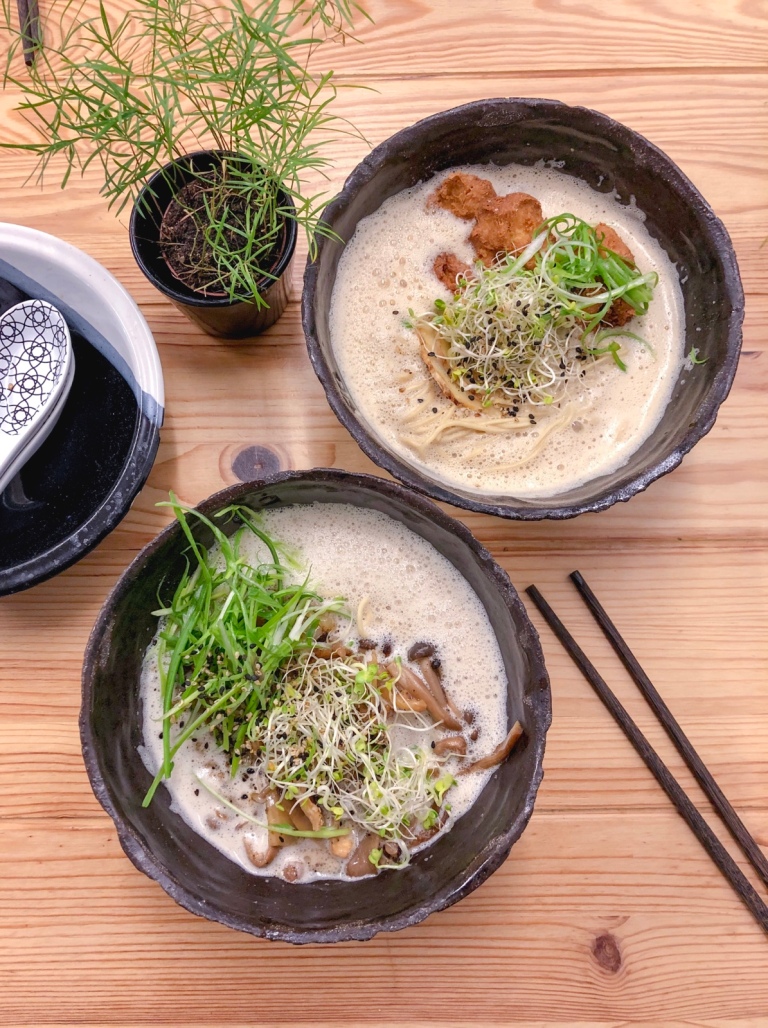 Definitely too tired for more swimming. So just breakfast. Then out.

We wandered around a different part of town. To the Kamppi chapel – an oval shaped church made entirely out of wood. Apparently no services take place there, but you can visit and sit in silence. 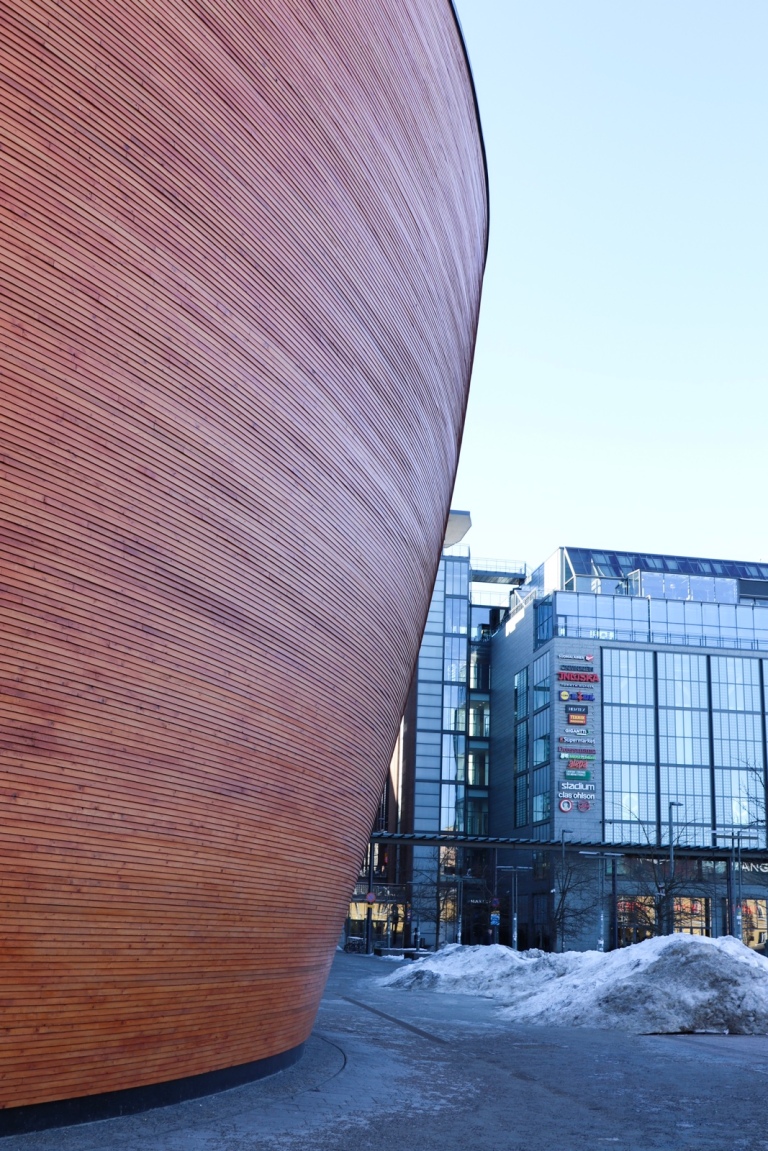 Then to the rock church – Temppeliaukio. It was busy here – big attraction! A church built into solid rock. It cost EUR3 to go inside. Not too exciting! 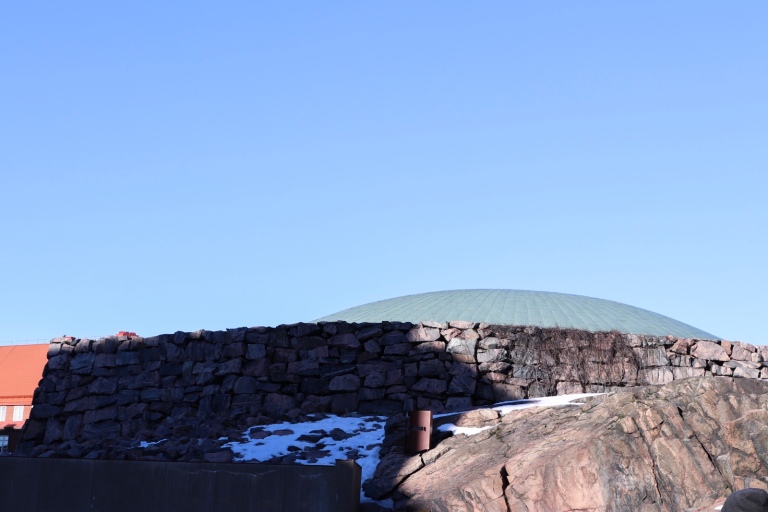 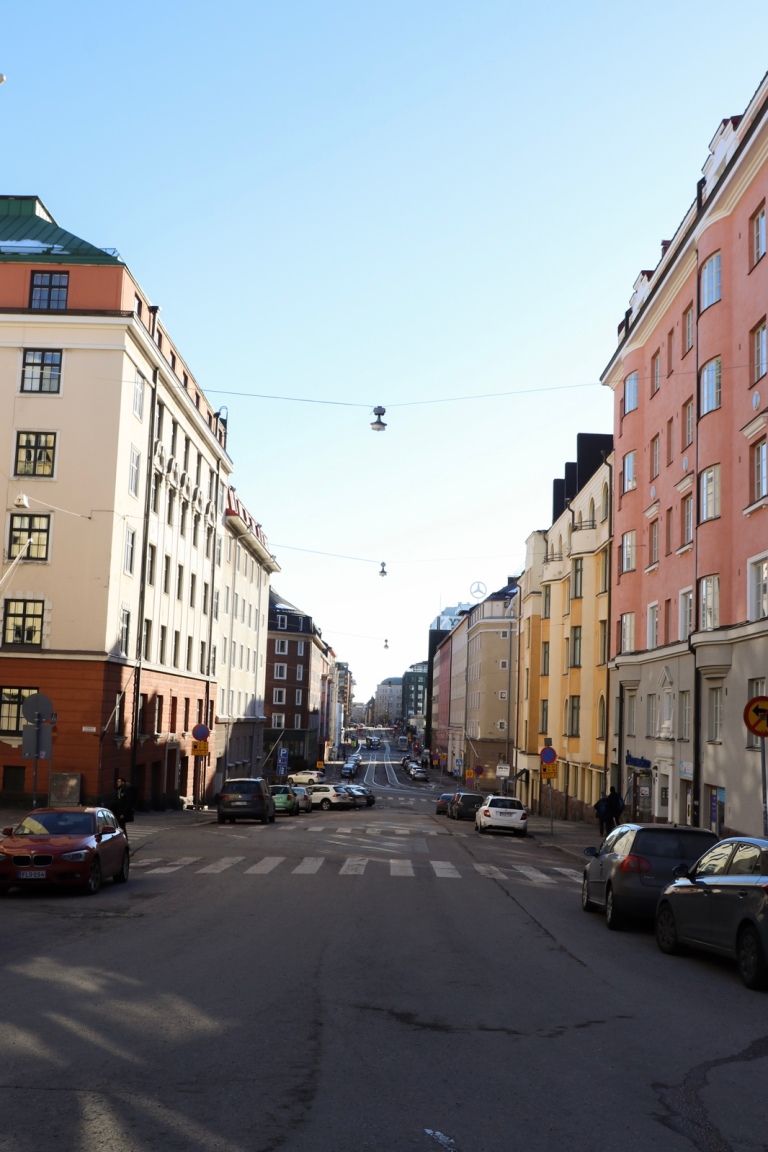 Finland and sweden are the only countries that have vegan McDonald’s. I wasn’t going to go. But we walked past and it would be a shame not to try whist we are here! A McVegan. Exactly like a normal McDonald’s burger – and tasted exactly the same too! They even did a ‘healthy’ version which came in rye bread, instead of a burger bun!

After a bit more wandering around the town, it was time to head back to the airport, on the train, for our 5pm flight home.