Off to another Unesco World Heritage site – the Simien Mountains National Park.

I was picked up at 7am and it was a 3 hour drive up to Debark, the town with the park office.

It was a pretty drive. Small villages. Lots of farm land.

Once at the park office, we picked up a guide and an armed guard! It is mandatory to have both before you are allowed to enter the National park. I didn’t quite work out why we needed an armed guard. After asking I was told to protect against bandits and animals. And I couldn’t quite tell if they were joking. Regardless, it seems that the purpose is to provide employment so that the locals protect the national park. 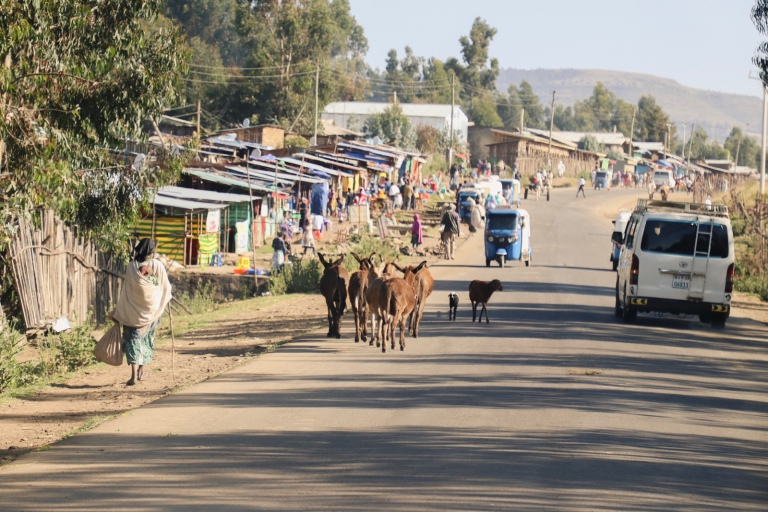 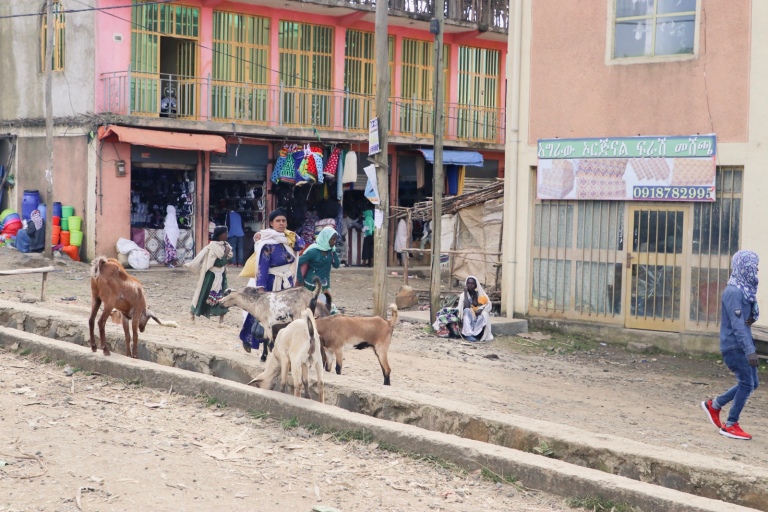 The simien mountains were formed by volcanic eruptions around 40 million years ago. Many layers of lava built up and formed layered, spiky mountains. And a large Rift Valley, which runs all the way down into Uganda (and where I was in Queen Elizabeth national park last week!).

The beginning of the park was mostly small hills and farmland. Unexpected for people to still be living inside the national park. 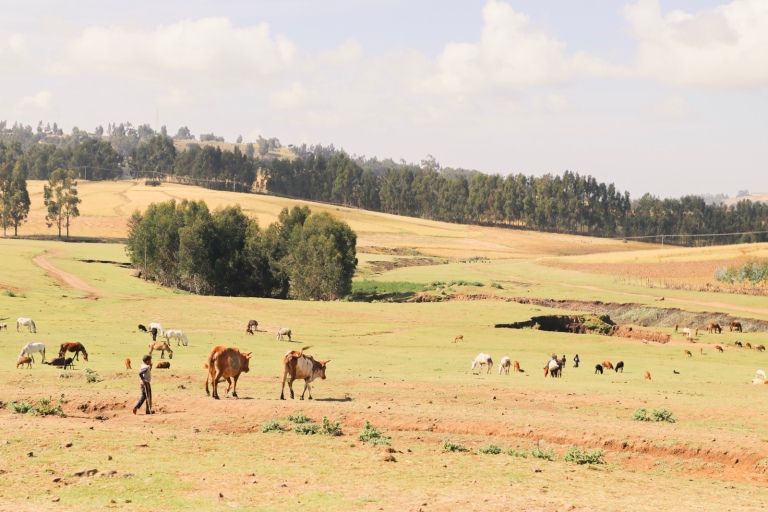 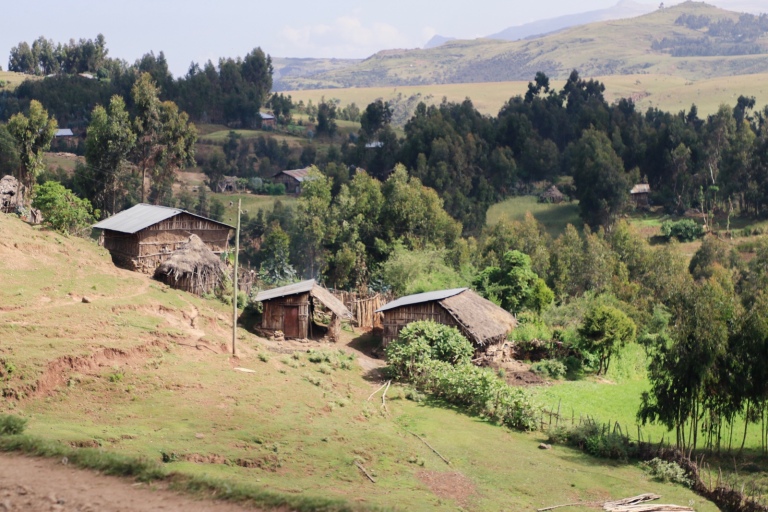 After driving for about another 90 minutes through the park, we got out for a hike.

It was a few hours, along the edge of the clif!

The national park contains several different animals – including some endemic to this area. We saw some Menelik’s bushbucks, cute little deer! Right up close, but they didn’t stick around and ran off.

And the geleda monkey. The reason I wanted to come here. A highland monkey that is only found in the highlands of Ethiopia and the highest dwelling primate in the world. There were loads of them. Hanging out at the edge of the cliff, eating grass. They are distinctive for the red patch on their chest. 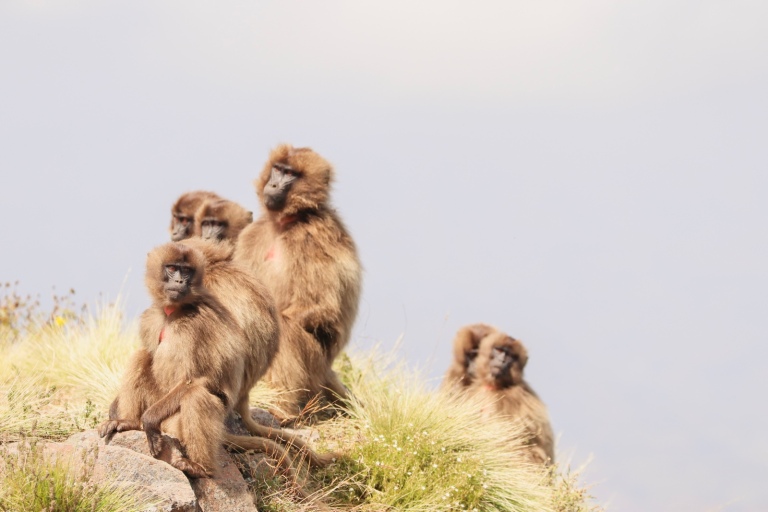 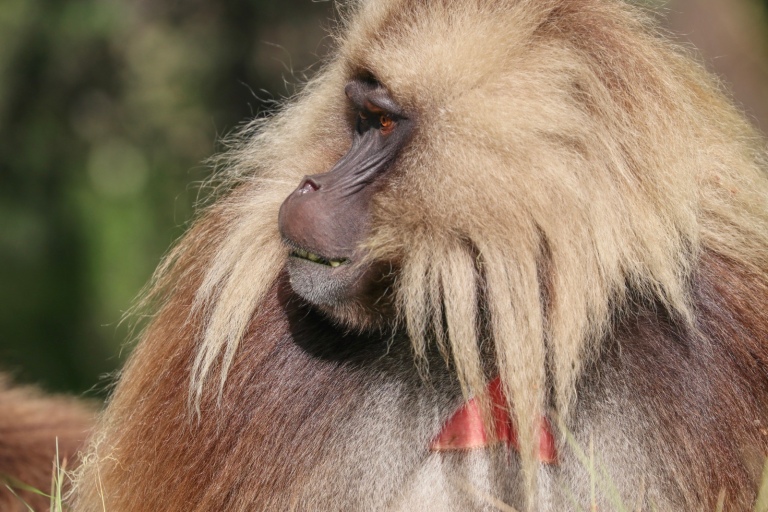 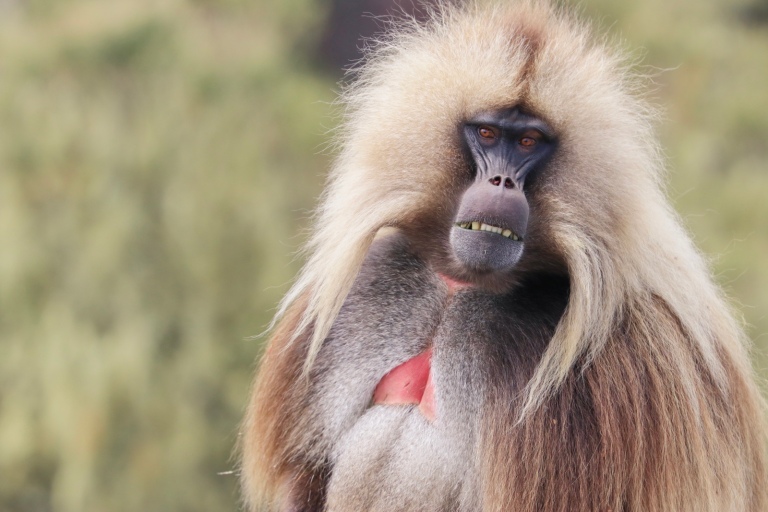 After about 3 hours, we made it to the Jinbar Waterfall. It was cool – water streaming off the side of the sheer drop mountain. And a rainbow reflecting across the middle of the stream. 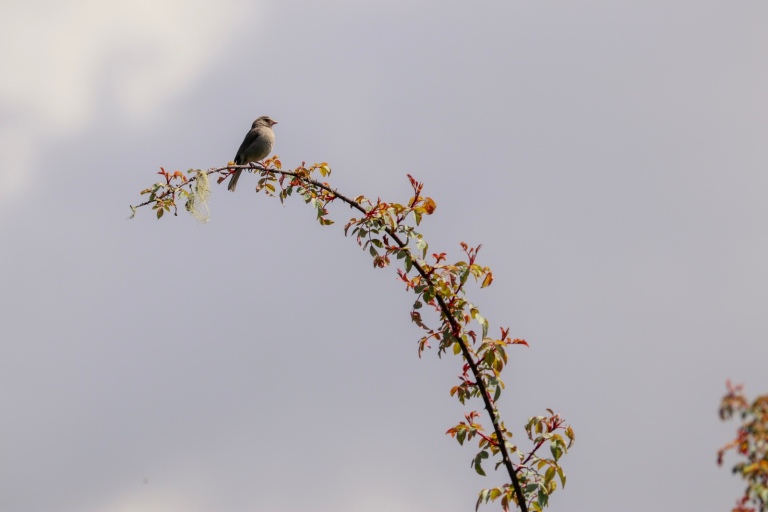 What was a little disappointing, was that there was a road leading right to the waterfall. So that walk was for no reason!

Then it was time to head back! For the long drive. We came across another tool of geledas in the middle of the road! 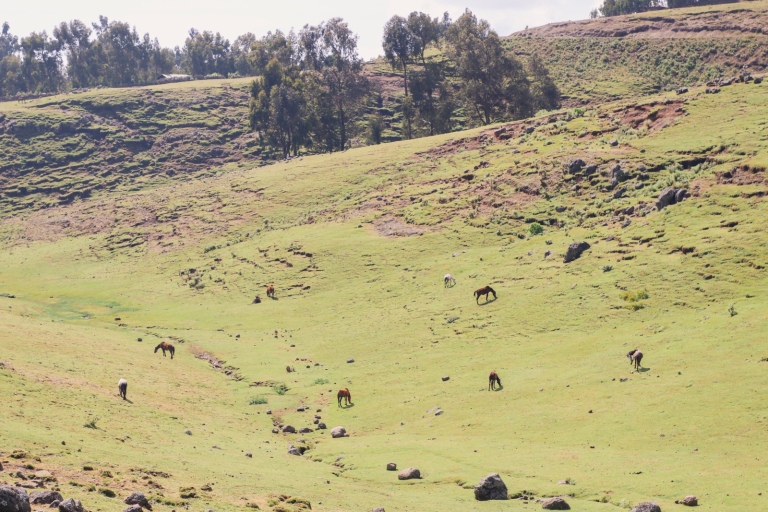 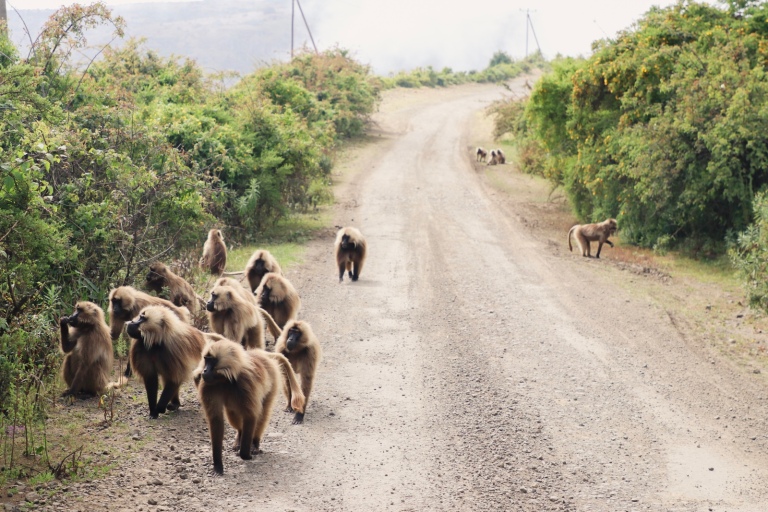 Back to Debark. And then back to Gondar. 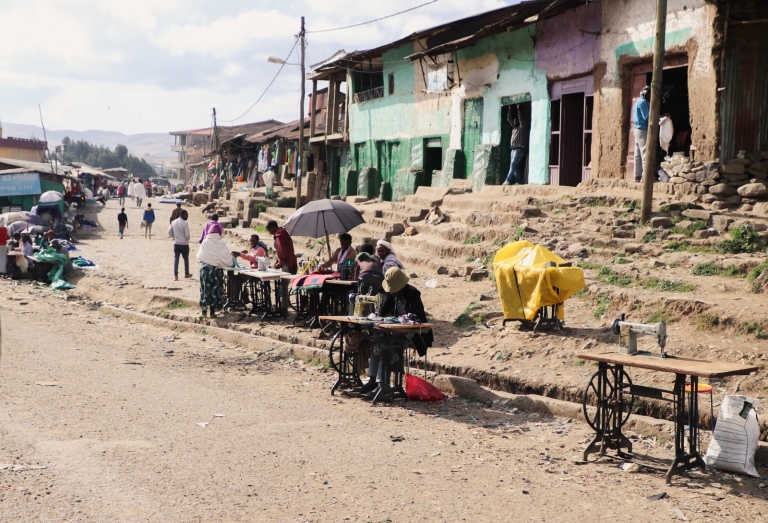 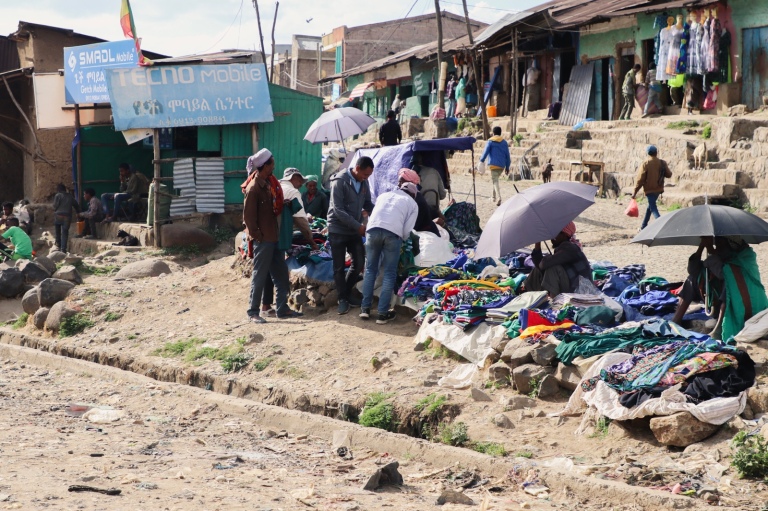 It took a long time – about 4.5 hours! A lot of driving today. I only did a day trip because I don’t have time for anything longer – and longer trips largely involve camping, which I didn’t really fancy doing by myself. And I’m not that into hiking!!

I went back to the Four Sisters restaurant for dinner again. Another massive plate of fasting injera and toppings. Crazy portion sizes in this country!