4.50am – waaaaaaa aaaahhhhh waaaaaeeeeerrrrr – the call to prayer began to boom across the campsite. I’ve not heard this since Indonesia, 7 months ago. Can’t say I’ve missed it. And this time only a thin piece of canvas to protect my ears (and sleep!).
5.20am-surely not again?!

We were picked up from our campsite at 8am in 6-seater safari cars. Then a three hour drive to the entrance of the Ngorongoro conservation area. The drive took us through Masai lands (again) with many nomadic herders with their herds of goat and cow. We also passed through several busy, colourful market villages. 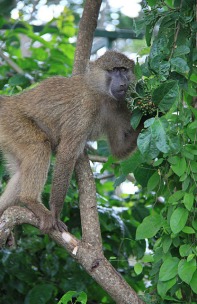 We had a long wait at the entrance in order to get our permits. But were eventually back on the road in the park!

The first road took us high up above the crater, with amazing views across the whole area. The ground was a swirl of grass, soil, water and herds of animals – pretty spectacular!

The next few hours took us through much varied terrain – some totally flat as far as the horizon, other areas were mountainous. Some areas totally void of any animal, others just full and full of them! We passed several Masai bomas (villages) – their dome shaped houses clustered together in a circular fenced area. The colourful Masai people disbursed nearby.

The Serengeti – one of the places I was most looking forward to going. 500,000 zebra, 1.8 million wildebeest – famous for the annual migration, it did not disappoint. 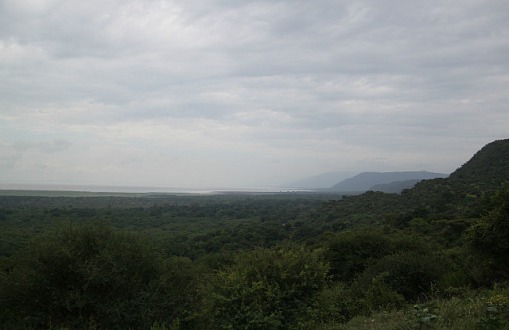 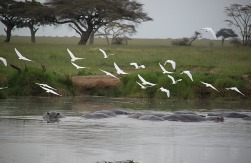 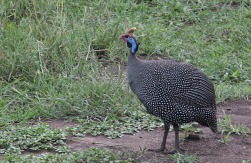 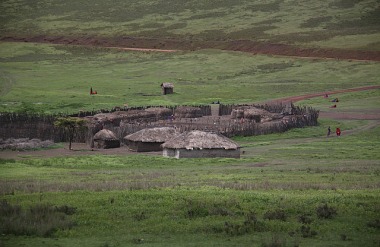 The wildebeest were on the edge of the Serengeti area, miles and miles and miles of them! Wildebeest as far as you could see! We drove for over half an hour (at 50/60km per hour) with wildebeest covering the surrounding plains. Some chasing each other, others just grazing. All inter dispersed with Zebra families. January is calving time for zebra – some were very pregnant, others had small brown calves trotting alongside. All in male/female pairs.

Another permit-point and an opportunity to climb up to a view point across the plains. Couldn’t see any animals, but the sheer expanse of land impressive all the same.

At this time of year, the short rains are coming to an end – this has brought very changeable weather. One minute it’s hot and sunny, the next is raining heavily. The roads become like bogs (yes, we even got stuck in the mud). Then half an hour later, sunny again and the roads dry and dusty!

With the rains, also comes grass. And lots of it. The whole Serengeti area was covered in tall grass – which made easy hiding for the animals. And harder spotting for us!

Some of the things we did see:
– a leopard lazing up a tree (number 2 of ‘Big Five’);
– trees full of white Egret over a pond full of hippos;
– zebra hanging out everywhere;
– several harems of impala (1 male complete with about 40 females. The other males a distance away looking on);
– piles of hippos in several mud pools;
– bat eared dogs;
– several Topi hanging out; and
– herds of Thomson’s Gazelle.

Tonight, we were camping in the Serengeti. With no fences! The animals are free to roam! We were handily told: ‘if you look outside your tent and see or feel something, don’t go out’ and ‘tents look like rocks and ant hills, animals won’t climb and elephants like ant hills, so won’t trample’. Thanks for that advice!!! Great nights sleep we will be having.