I landed in KL around 12.30am. Again, not stopping this time, just passing through. So time, I thought, for some Starbucks – back in semi-westernisation! However, I was hugely disappointed to learn that Starbucks was closed for the night, due to ‘fogging’ (I later found out that fogging means spraying for insects and mosquitoes). Ok, no problem, I’ll go to the other coffee shop…..closed. Everything closed. Not a single shop or cafe open. What to do for the next 6 hours?! Sit on the floor.

I didn’t have too long to wait until my 6.30am flight to Phnom Penh, Cambodia. At around 4am shops were beginning to reopen, giving me a chance to source some US dollars to be able to pay for a Cambodian visa on arrival. No check in queues were followed by very very long security queues. A whole hour to have a little stamp in my passport.

I slept for the whole 2 hour flight to Phnom Penh and woke to the plane gliding across the beautiful Cambodian countryside with a large meandering river cutting across the landscape. I was expecting long queues at immigration to purchase the $20 visa, however given all – but me and an american family – were Asian, no queue at all!

Cambodia has a very recent war history – in 1975, the civil war gave rise to the genocidal rule of the Khumer Rouge, which they held until defeated by the Vietnamese 1979. The goal of the Khumers (lead by Pol Pot) was to turn Cambodia – renamed Democratic Kampuchea – into a agrarian cooperative. All those who were educated or those with office-type jobs were systematically killed. It’s not known how many people died as a result of the Khumer rule, but estimates run anywhere between 1-3 million.

Almost the entire population of Phnom Penh and the surrounding area were forced to work in the fields for between 12-15 hours per day. They were given poor living conditions and very little food to sustain themselves. As a result, disease was rife – particularly malaria, dengue and dysentery – killing even more people. During this time, many landmines were placed around the country, with an estimated 4-6 million unexploded landmines still undiscovered. Cambodia still remains ones of the poorest countries in Asia, with a GDP per capita of $2,100.

As I exited the airport, I found my name written on a board outside! It was a 30 minute chaotic tuk-tuk ride into the main city. Buses, cars, motorbikes, tuk-tuks, bicycle riders and pedestrians all weaving in and around each other in a system of organised chaos. No central divider marked the road, each side just used as much space as they needed. After leaving my bags at the guesthouse, I headed next door to the busy restaurant for some breakfast, Cambodia style. The specialty on the menu, seafood rice noodle soup. It was amazing! Not something I would normally order, but glad I did, so tasty. 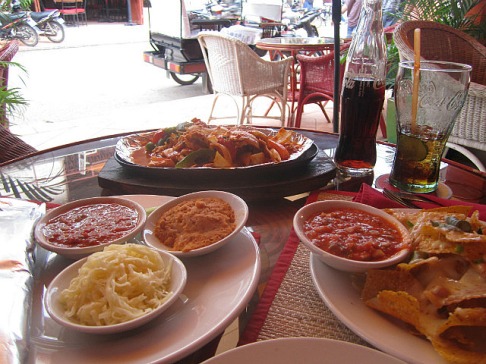 A short rest later, I was eager to go out and explore my new surroundings! Phnom Penh lies on the banks of the Mekong river, the worlds 12th longest river, running through 7 countries. The riverside has been recently developed, a shiny walkway lined with palms separates the river from the touristy bars along the street. I wandered around for a while, stubbing across small brightly coloured markets selling a huge range of different coloured and shaped fruits and vegetables, some I have never seen before. Some ladies were bending flower petals into beautiful shapes, pinning them back to expose the coloured layers underneath.

I caught a tuk-tuk to the southern part of town, to the Tuol Sleng museum. The museum is the famous S-21 prison. Here, they held upto 40,000 people during the Khumer rule, where they were tortured and killed. The rooms lay as they were used and exhibits show the brutality that occurred right here within these walls.

The buildings were a former school, turned into a prison. There are 4 main buildings, each served a different purpose. Some of the rooms contained the weapons of torture and drawings of. Another building, full of cells. Wooden walls marked the tiny cells, even looking in from the outside my heart stopped.

The guards meticulously photographed every person who passed through the prison. These photos are displayed in one of the rooms. Men, women, children, of all ages. They killed indiscriminately.

I found it very hard to walk around, filled with sadness. Some of the displays I just couldn’t look at. How these people could treat their fellow citizens like this, I just don’t know.

I caught another tuk-tuk back up to the Northern part of town to Wat Phnom. Throughout the whole ride, the pictures of the brutality I had just experienced did not leave my mind. 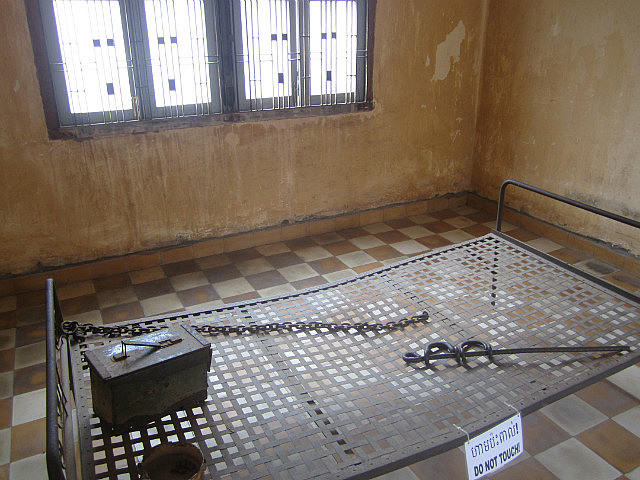 Wat Phnom, meaning Mountain Pagoda, is a temple on top of a hill. The steep steps are lined with lions and serpents, heading up towards a temple with a spired roof. Inside it was beautifully ornate, murals covered the walls and ceiling, a huge golden Buddha statue smiling down from front. A small band were tinkering away at the entrance, providing a lovely backdrop. Huge candles burned along with the smoking incense. I love Buddhist temples, always so beautiful. In front of the temple, the small gardens have a large working clock face built into the shrubbery! Pretty cool.

Whatever country I am in, I like to try all the local food, finding the best local dishes and usually avoid any western food. However today, I had a minor discretion, treating myself to spinach and mozzarella ravioli in a tomato sauce – this used to be my favourite and it’s been a whole 8 months!! I redeemed myself later on that evening by stopping off at a busy street food vendor and had some barbecued chicken sticks! One street food that I will not be trying – almost-developed chicken embryos. I was watching the lady, cracking an egg, quite normal. But what came out, not normal. The almost-developed floppy baby chicken is dipped in batter before being deep fried. I felt a bit ill. 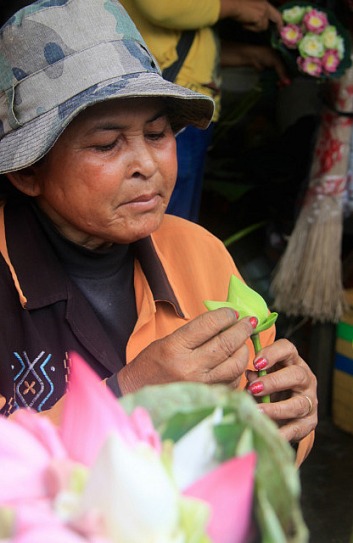 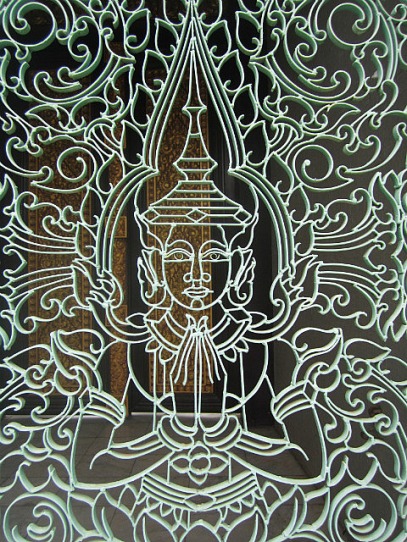 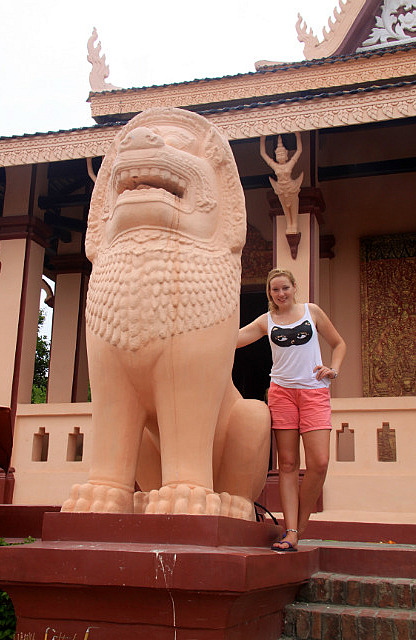 Next stop, the palace! Home to the King. Beautifully ornate golden buildings surrounded by pretty courtyards. Very similar to the palace in Bangkok. I spent a while, in awe at the intricately designed roofs and walls.

After a spot of shopping in the Central market, I was shattered. All I could manage was collapsing into bed!