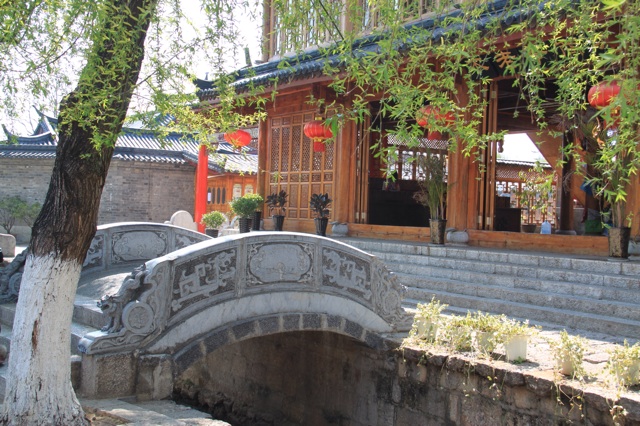 We passed through small villages, endless farmland and through the mountains. I was pleased when we stopped off for a break – however was less than pleased when I saw the ‘toilets’.

Over the last few months, I’ve seen toilets in a variety of states, but this was completely different. Stalls, about thigh high, with no doors and just a gully running down the middle of them. ie you squat and hope that you manage to wee in the gully – while everyone can watch. Wonderful.

We arrived at about 12.30pm in a bus station and I went off in search of a taxi. Again, a massive fail. Many just looked away when I approached. So I tried to flag down passing ones from the road. They slowed down, looked at me and then drove off again. I don’t understand!! Finally after about 10 minutes, one stopped, looked at my Chinese directions and we were off.

Lonely planet failed me, the map for Lijiang is horrendous.

Luckily I wasn’t too far away and spotted a sign for my hotel shortly after. Thank god!! I did not enjoy being by myself, stranded in the middle of nowhere, with no real map and no ability to communicate with anyone around.

After leaving my stuff, I went out to explore the maze of streets. The old town part of Lijiang city is a UN World Heritage Site. The streets are pretty, a cobbled maze of old Chinese buildings – brick roofs with spikey edges, lanterns falling from all corners and winding lanes of canals! 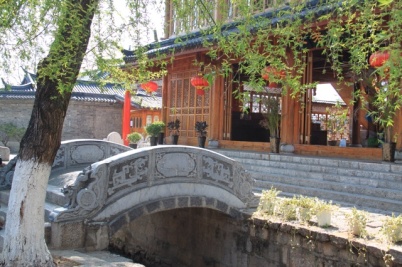 Flowers spring up around the canals and lovely trees are drooping over the water. All of the old town is now pedestrianised, which is nice. However, occasionally a motorbike will sneak up behind you and beep loudly.

The old town is now totally designed for tourists. Shops, restaurants, tour booking places and snacks – and there are thousands of Chinese tourists here! All day I saw 4 white people. This part of China certainly doesn’t seem to be a popular destination for western tourists!

The local people are known as Naxi and have a wide range of traditional food. For lunch I went to one of the Naxi restaurants and had some dried chilli chicken, it was really tasty. Came with local tea as well!

Later on, I tried some street snacks – one being a ball made of rice four, filled with ground peanuts – was nice but has a weird texture!

There is a large Tibetan influence here and Yak meat shops are popular. They are everywhere – the strong smell hits you before you see them! I tried a small piece. Yak is a bit yuck. It was a very dark meat, quite hard and has a very strong cow flavour. Not something I will trying again. 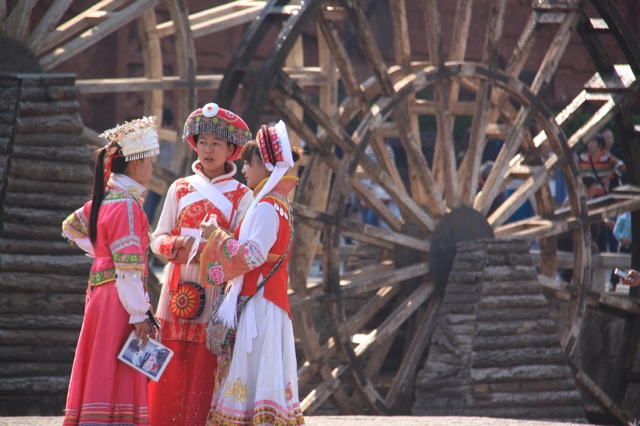 I enjoyed wandering around the streets, getting lost. I found several large squares – complete with dancing local old ladies dressed in traditional costume! And another square had some nice waterwheels. However, as its the dry season, the canals are very low on water!

I’m trying to be a bit more adventurous in trying different Chinese foods. So, for dinner I tried some Jidou bean jelly. The grey slime is coated in a mix of chilli, pepper, salt and soy sauce. I can’t say I enjoyed it at all! It was like eating grey slugs. 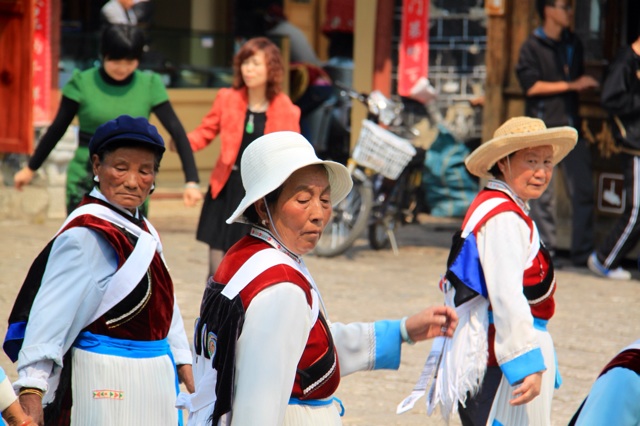