I got an Uber up to Amber. Which is famous for its fort.

The town of Amber is 11km north of Jaipur and was the original capital of Rajasthan. Construction of the fort begun in 1592. But the capital later moved down to Jaipur.

I’ve been here before. But this time I wanted to go into the small town behind the fort. Here are streets packed with temples and the Panna Meena Stepwell.

This stepwell has become rather famous over the past year or so. The steps form such a cool pattern, cascading down into the water below.

You used to be able to walk down into it. But now the security all around blow whistles at anyone who so much as approaches the edge.

I popped into a few temples whilst I was here. Long sets of stone steps leading upwards to elaborately carved stone statues and rooms. 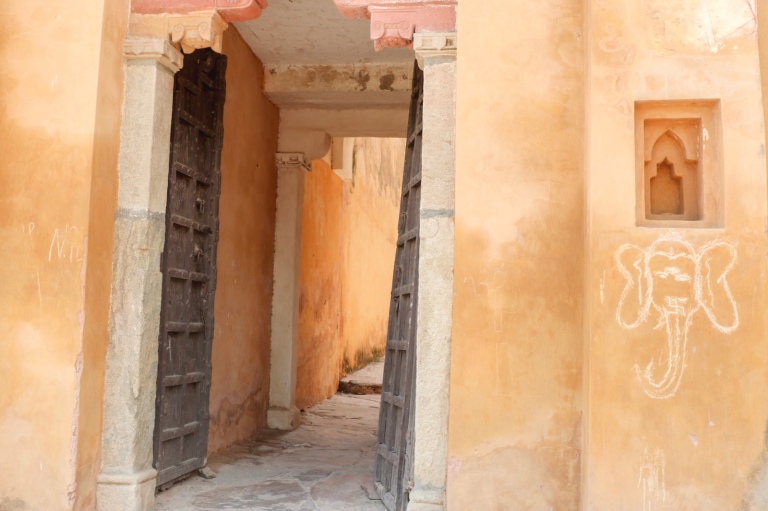 I hadn’t planned on visiting the fort again. But whilst I’m here….!

I was at the back of the fort. There is a steep, winding road which heads up to a back entrance.

It’s expensive to enter – 1,500rupees for a ‘combo ticket (£15. which also allows you entrance to a few sights in Jaipur city.

The fort is made from pale yellow and pink sandstone and white marble. Different areas are different colours. It’s just like I remember. But a lot more people.

I was too hot. There were too many people. I had ran out of water and my mood was rapidly declining. I had spotted some water shops in the main courtyard, so hurried back to that area. 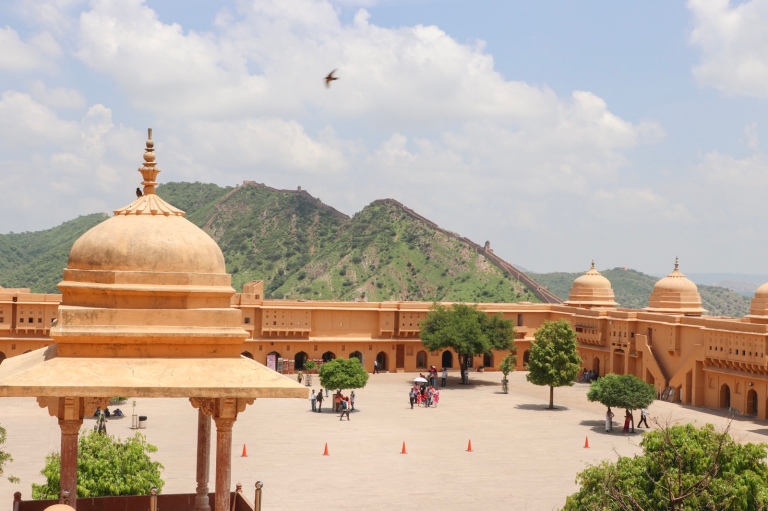 I tried to get an Uber to leave Amber. But there were none around.

So I had to negotiate a fare with a tuk tuk. He said he was going to take me to Nargarth fort, then back into the city. Which is what I wanted.

The fort was disappointing. They had turned it almost into a theme park. There was a vegan food court though! There was no phone signal up here, so I wasn’t exactly sure what a lot of things on the menu were. I ordered something random. Turns out it was chickpea curry with poori. (That’s definitely not what it was called!). It was good. Shame they had ran out of masala chai. 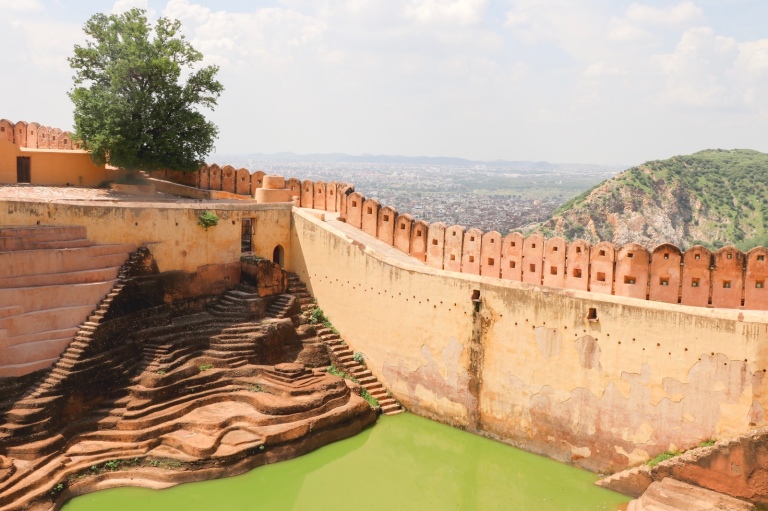 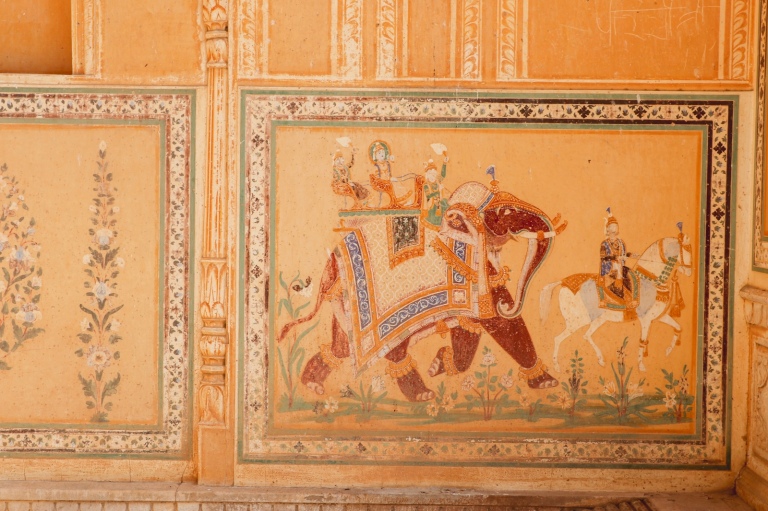 It was rather lucky that I had a driver waiting for me to take me back down. As I wouldn’t have been able to order an Uber up here (with no signal). But just when I thought this tuk tuk had been too easy, he started to negotiate a new fare for taking me back.

By ‘city’ he hadn’t meant city. He apparently meant the water palace. Which is a good 15 minute drive from the city walls. And wanted to charge extra for going any further. Out of principle I refused (although it would have made my life a lot easier to just pay him more….). So he dropped me off at the water palace. Then started demanding a tip.

Here it was chaotic. I had people grabbing me. Demanding money. Chasing me down the street.

There was a busy food market at one end, so I hurried down there, hoping that the hassle might stop. And it did.

But now I had to order another Uber.

Thankfully it was easy. And one turned up shortly later. And he was so nice. He was warning me to be careful in the city – apparently there are lots of scams at the moment. 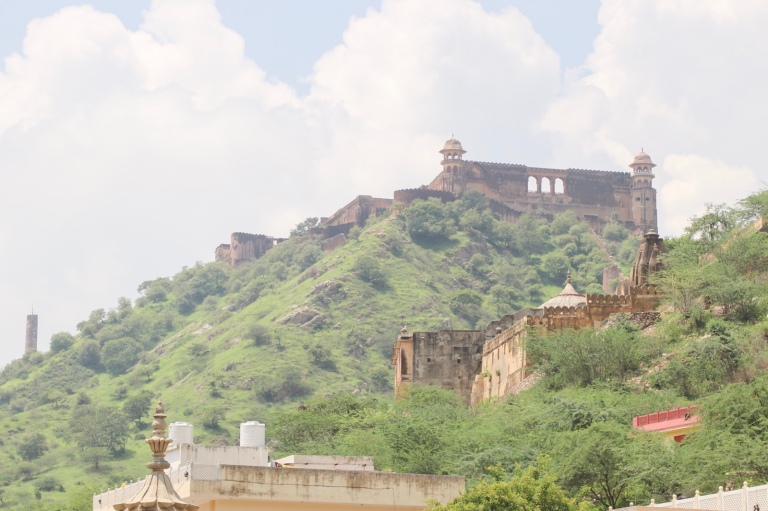 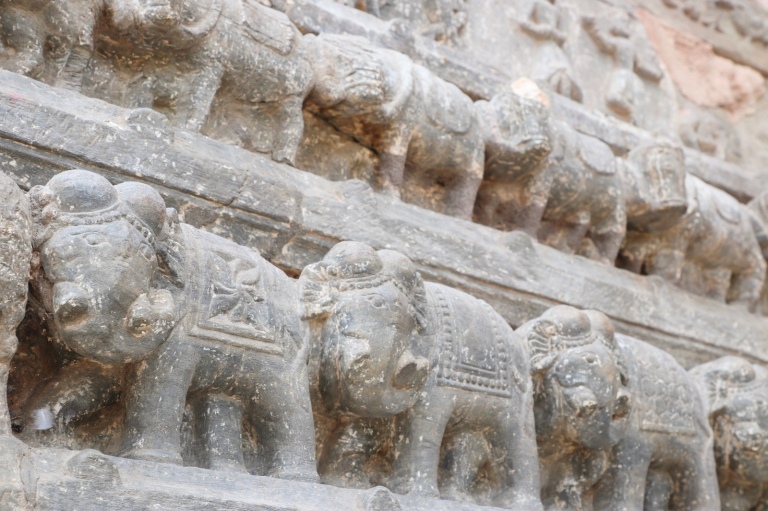 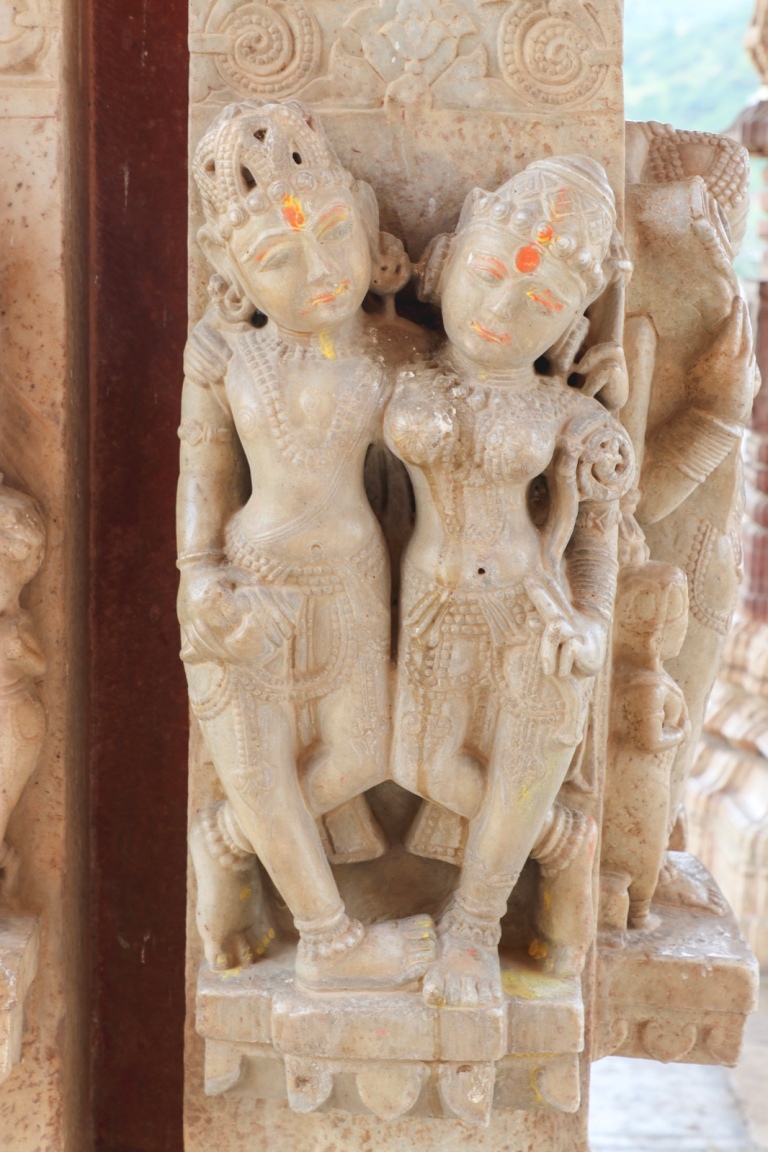 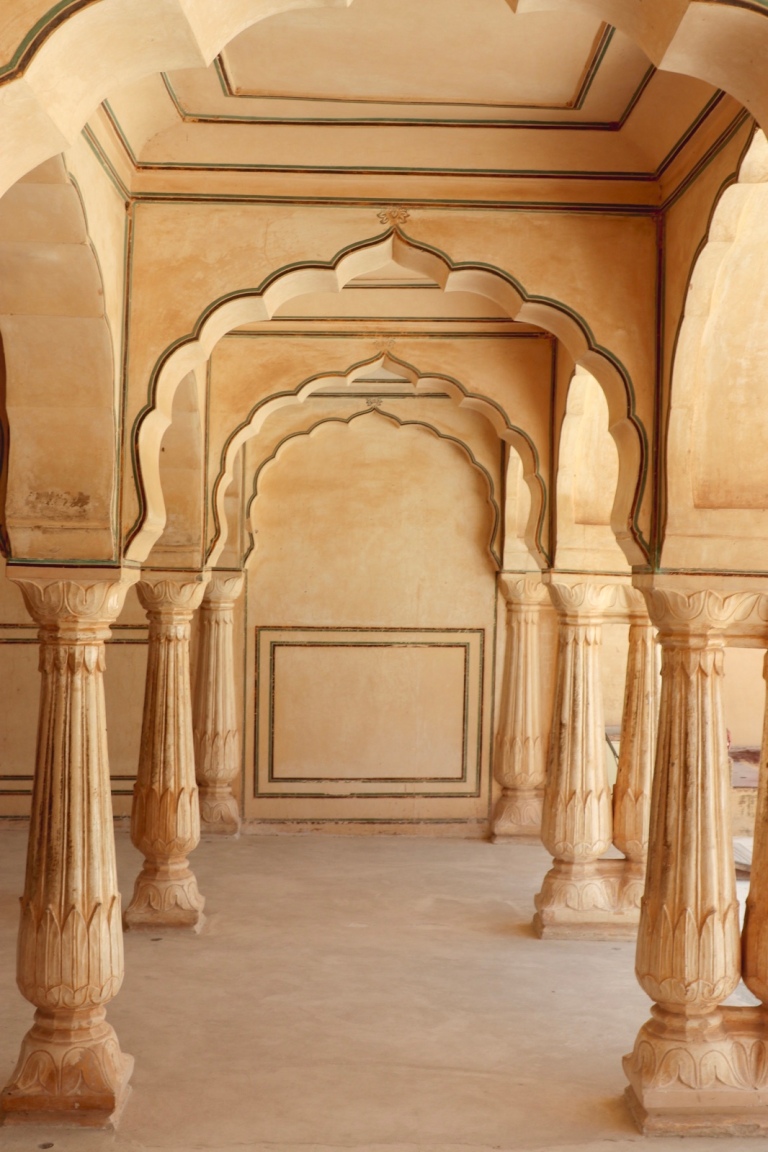 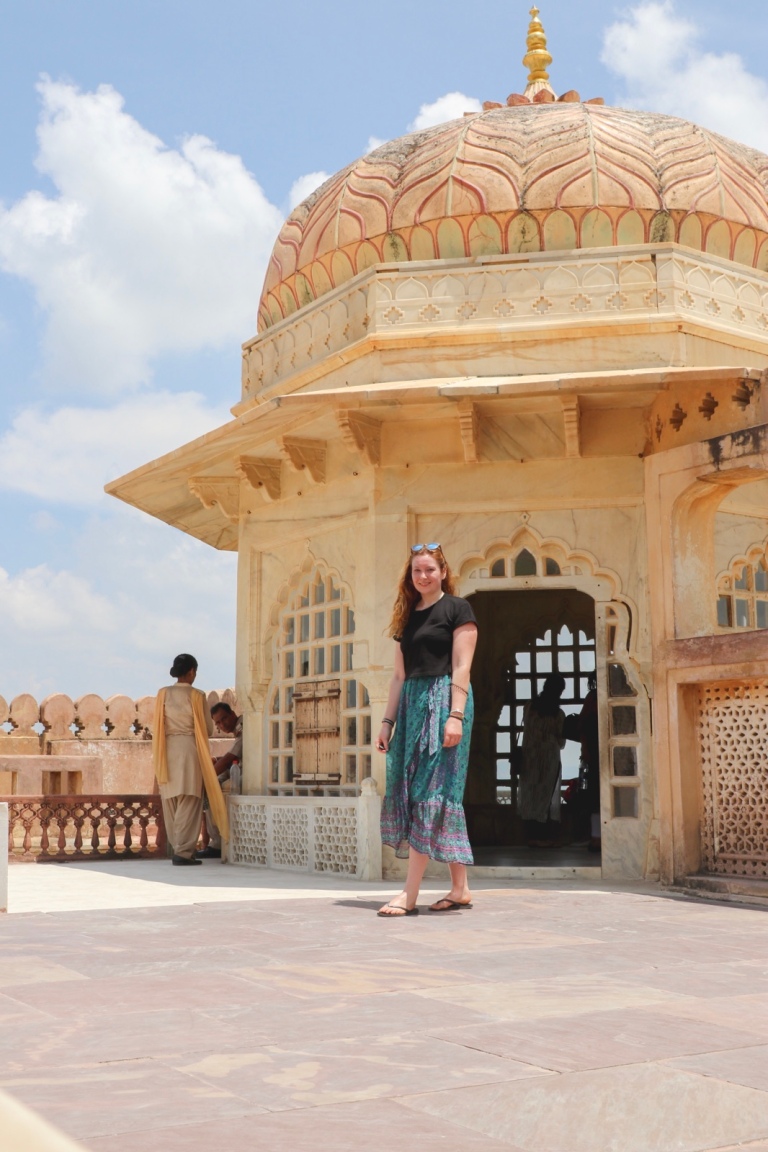 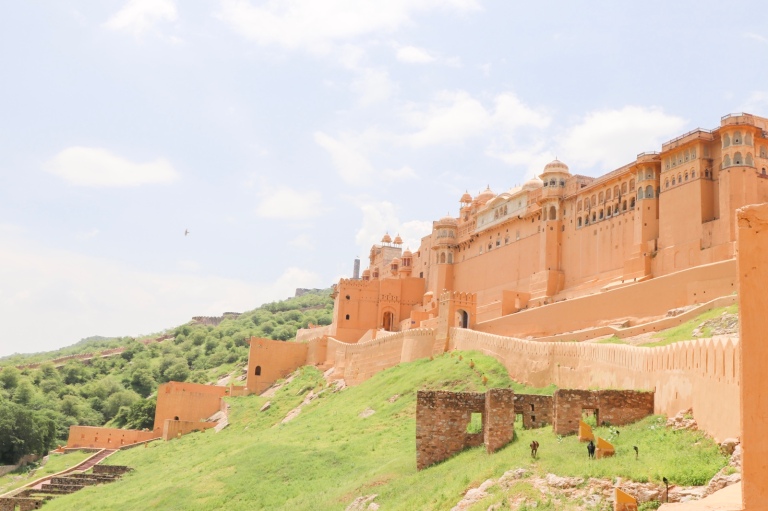 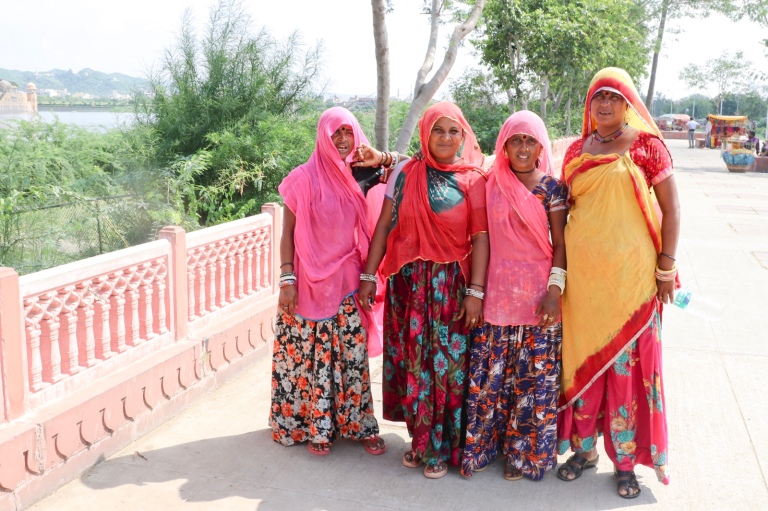