This morning we left early, to go to the wholesale fruit and vegetable market.

The market opens around 3am and runs to 9am. Then, everything is cleared away and it becomes a normal road again.

It was hectic. People everywhere. Produce moving in all directions. Men loaded with baskets on their heads. Cycle rickshaws pushing through the crowds.

And so many vegetables. Even a couple of vegetables that I’ve never seen before! 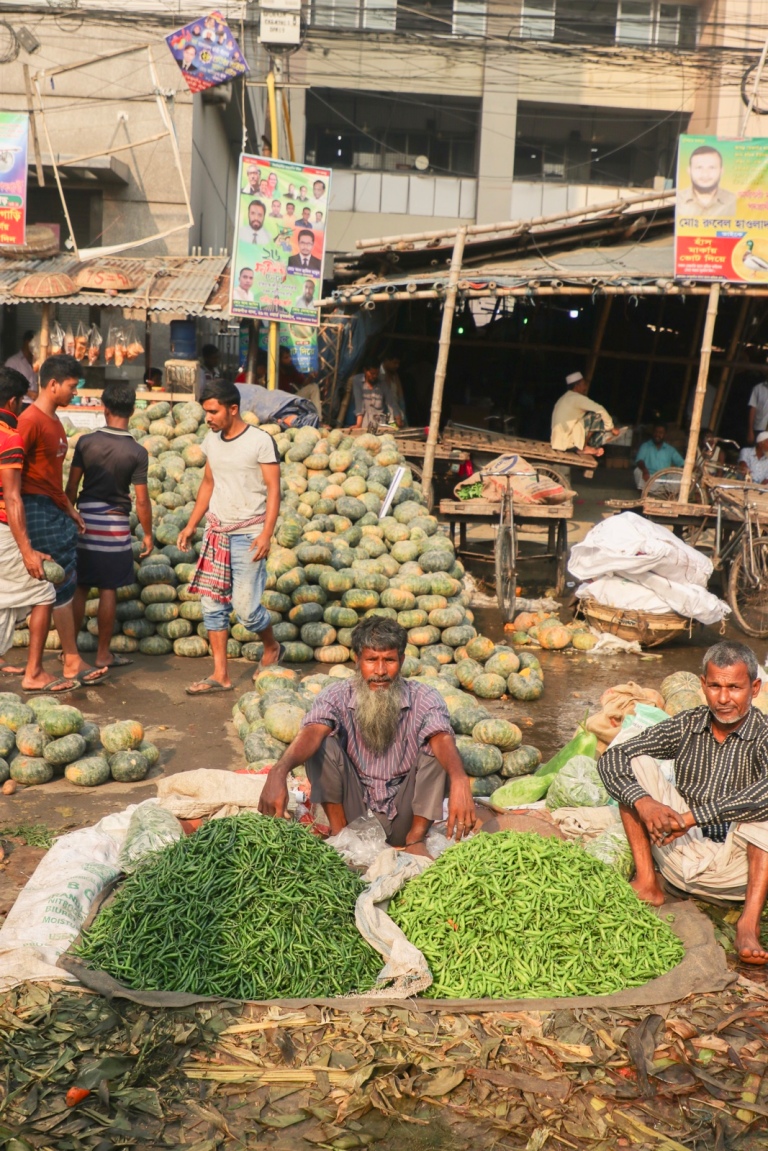 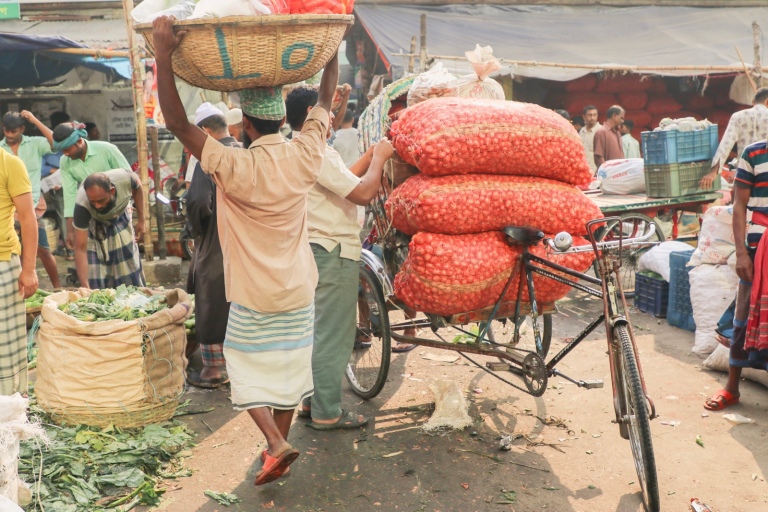 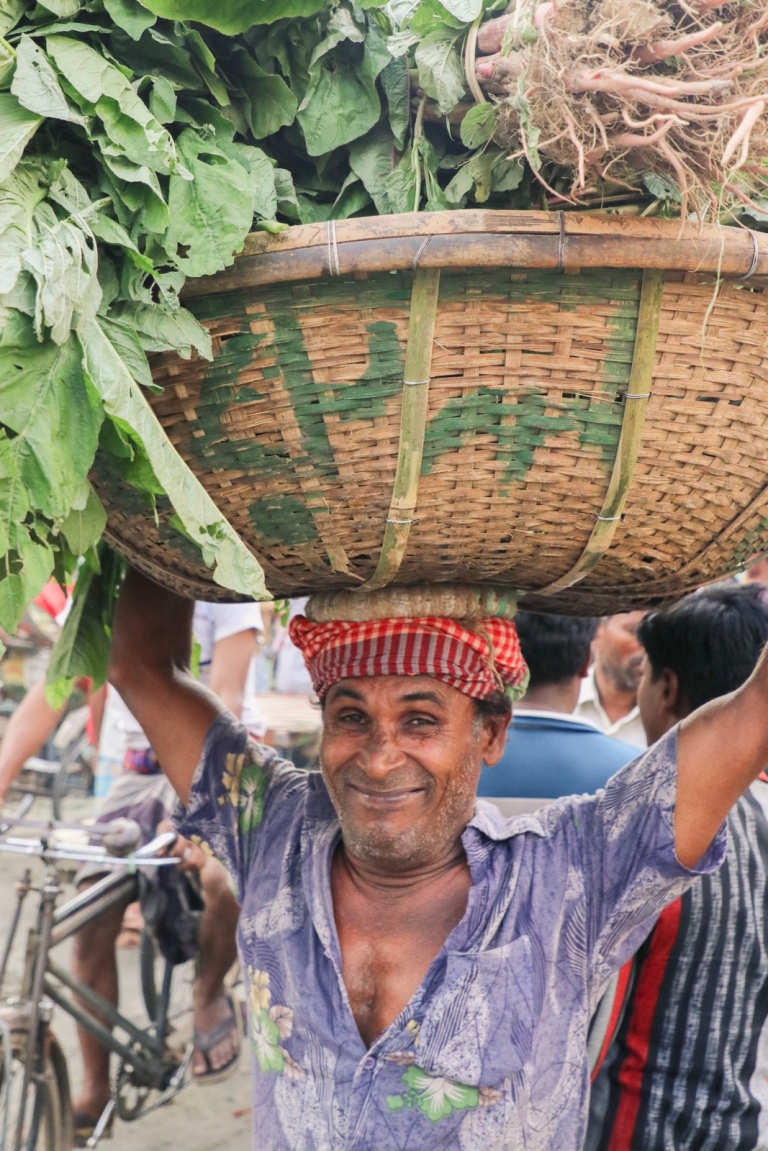 After wandering around for a while, we had breakfast at a local cafe. Roti, with curried vegetables and Dahl – so good. And cost £1.50!

Then, we headed out of the city into the countryside. Many of the rice fields surrounding the city have recently been bought by developers – and housing construction is beginning. The city is rapidly spreading.

We made a few stops enroute. One being at a brick field. This is where bricks are made. As Bangladesh doesn’t have many materials for building, many buildings are made of bricks. And they are entirely hand made and hand baked.

There were chains of people around, all doing different jobs. Some people were carrying the raw bricks, to be stacked next to the ovens. Others were moving baked bricks away, ready to be transported and sold. Others were moving stacks of coal, to the fires and more people keeping the fires burning.

It was hot. The bricks were heavy. Hard work. And they get paid 1p per load of bricks that they carry. They are handed a small bean for each trip that they make – and each trip is 1 taka. 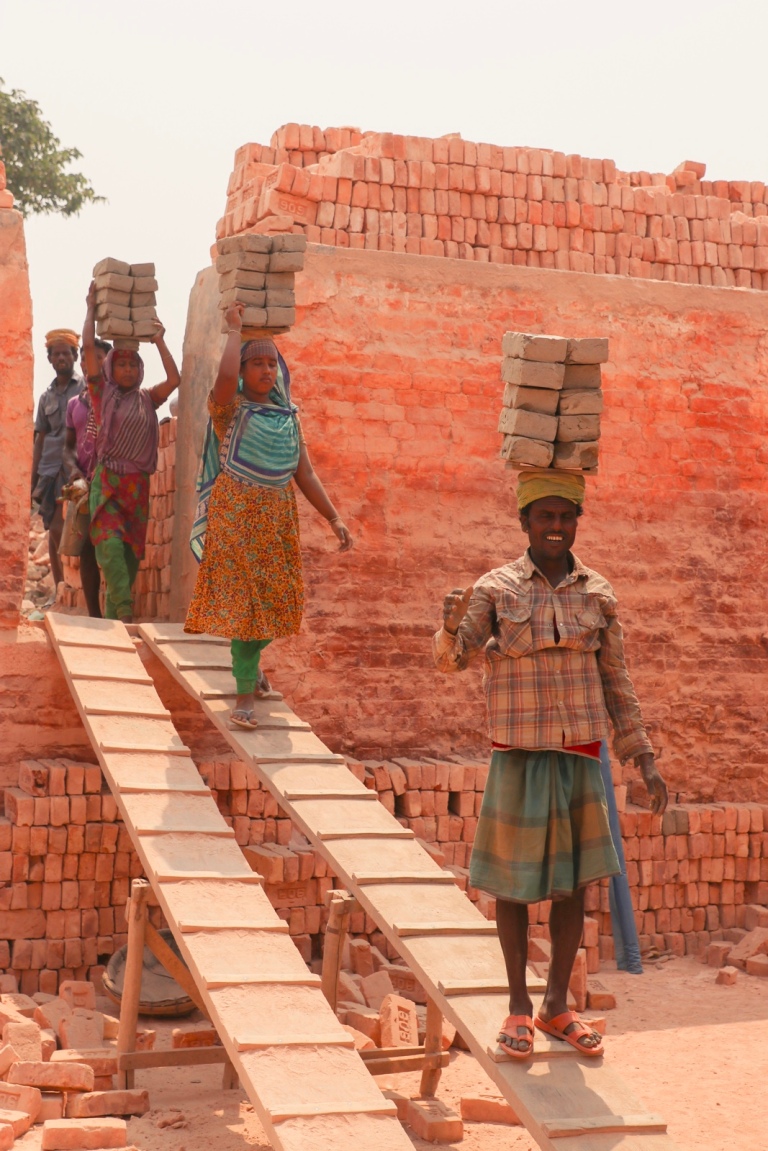 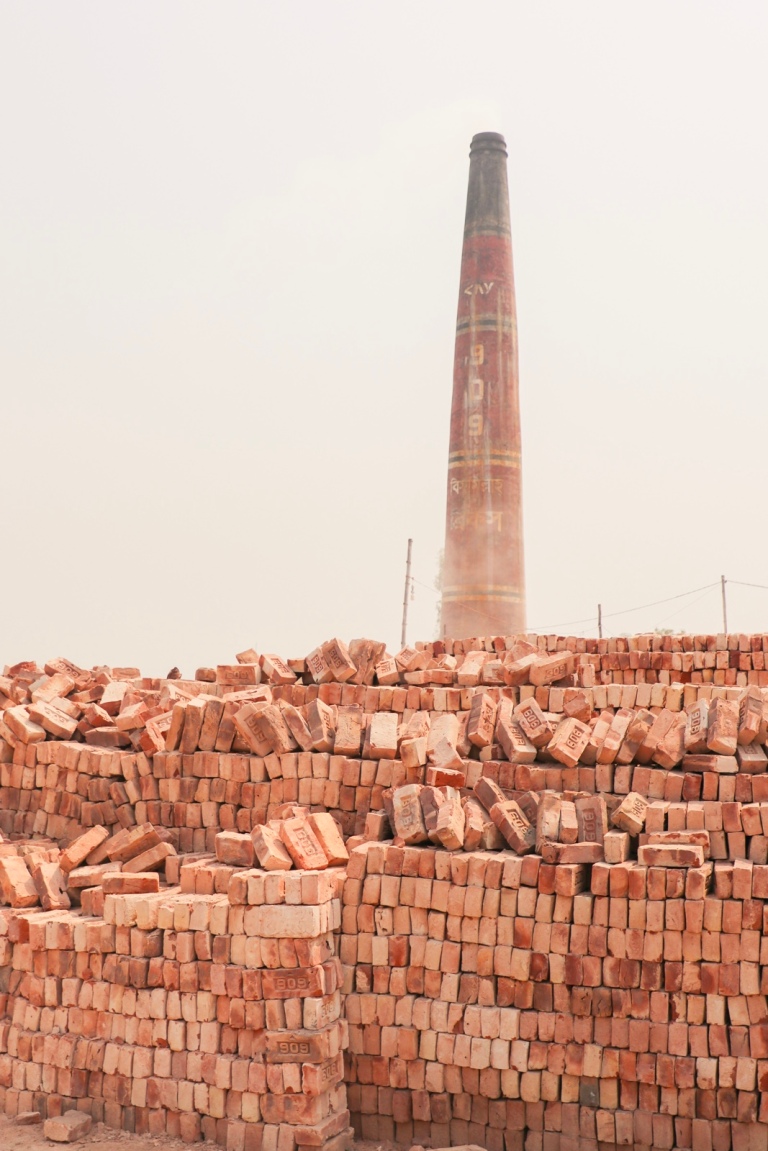 We were headed to Sonargaon. The old capital of East Bengal.

There isn’t much of it left. But one street of expensive, Hindu houses have been preserved. You have to pay to enter the street, so it was fairly quiet.

The houses are crumbling away. But once would have been very elaborate. 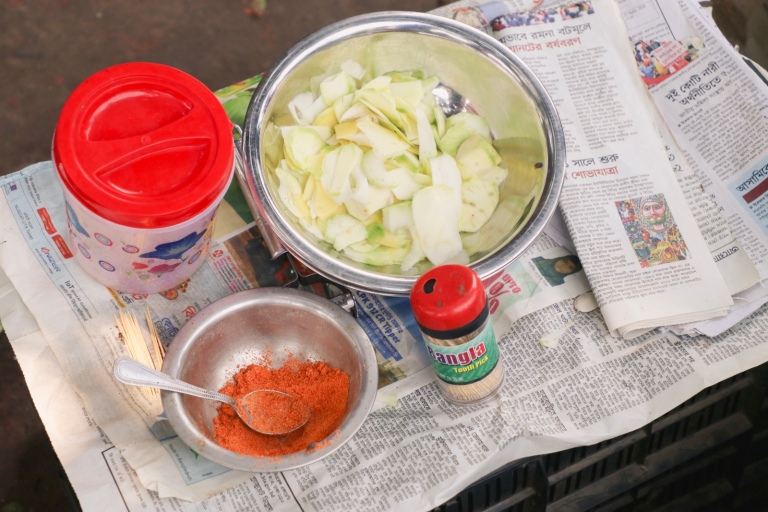 We went to the dockyard. Similar to in Dhaka, wooden boats crowding around. But these ones were all a bit bigger. And had engines.

We sailed across to an island in the river.

This island has a village and rice fields. Rice harvesting is happening – just before the monsoon season begins and rice planting occurs.

It seems quite a process to get rice off the plant. The long pieces of grass are bashed to separate the rice. Then sorted again, by dropping from the air. The wind carries stray pieces of grass away. Then the rice pieces are left out to dry in the sun. The workers have come from northern Bangladesh to find work. It’s really hot standing out in the sun all day.

We walked around the village and were having lunch at the house of one family. They were nice and had made a huge variety of vegan food. They spoke zero English, so it was rather awkward.

Back on the boat, back to the mainland. Then for the journey back to Dhaka.

We stopped at a fabric making village. They are famous for making Jamdani textiles – elaborately weaved saris and scarfs. It takes them upwards of 10 days to make a 3m long piece. The fabric is recognised as a UNESCO cultural heritage. Incredibly skilled. But again, a very hard job sitting in the heat.

We got back to Dhaka around 4pm. In time for swimming as the sun set.