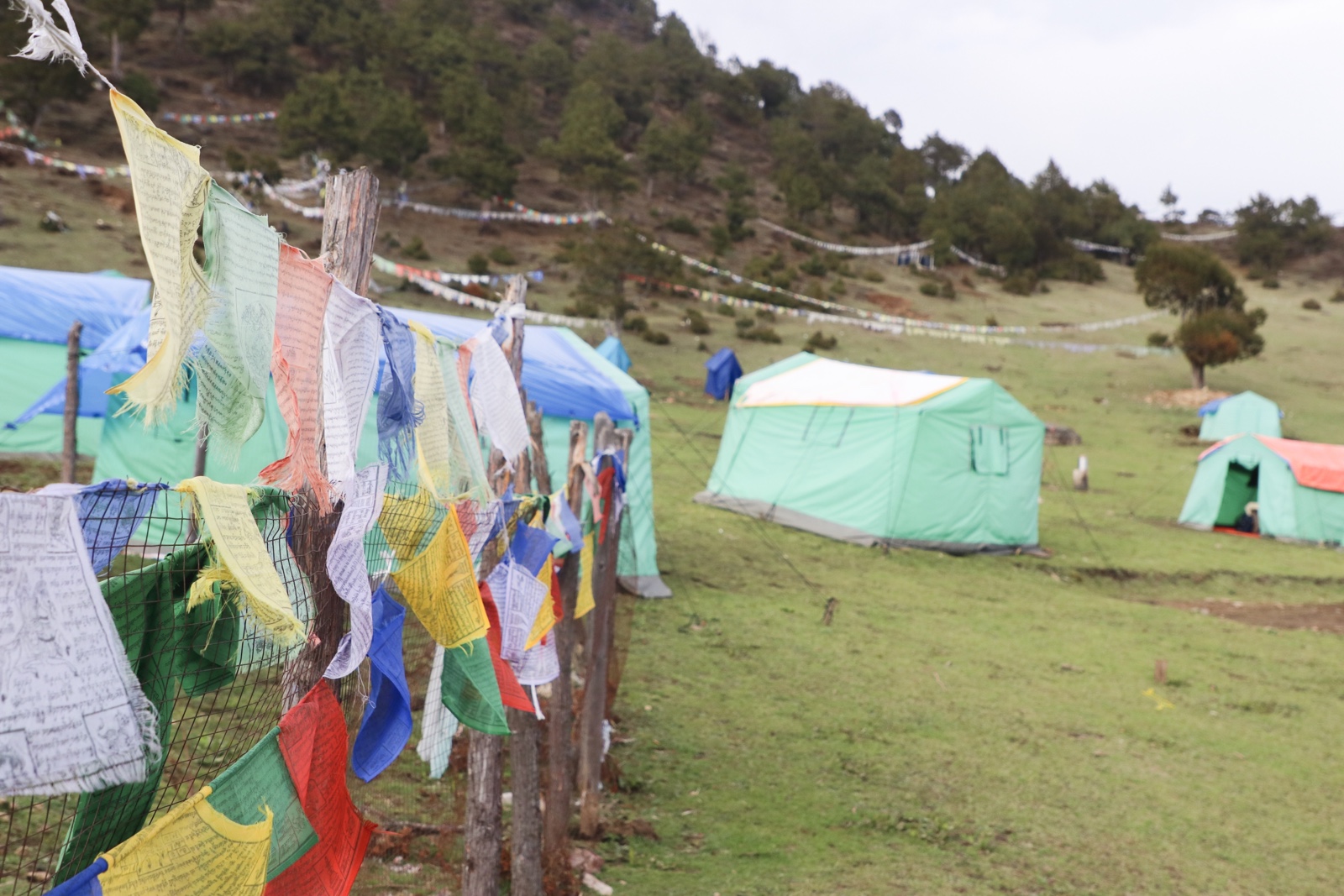 Today is the start of the trekking. Which I’m dreading.

We were driven up to the starting point, at 3,200m. Then 9am, we were off. Uphill. Endless uphill. Unlike Nepal, this was not steps. But instead, just a sloping dirt track. Climbing over rocks. And pulling yourself up tree roots. 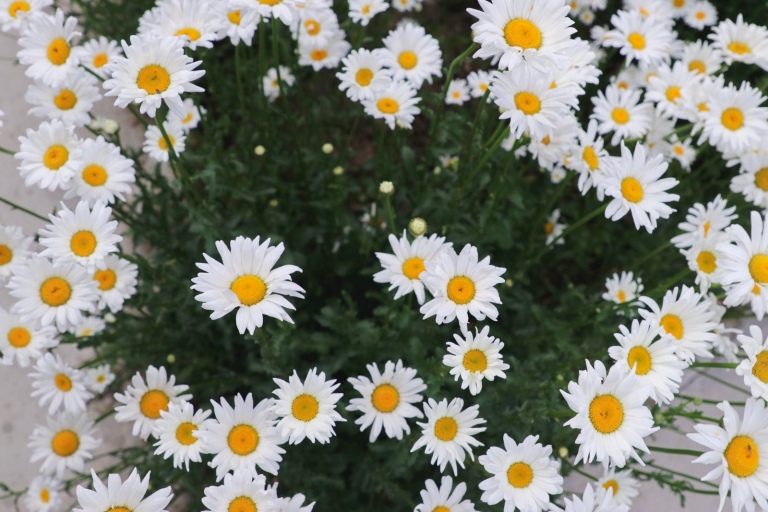 We stopped every now and then for a quick break. But endless uphill.

The last part before lunch was hard. I just couldn’t walk anymore. I felt so tired and weak. I was getting slower and slower. I don’t know if it was lack of food for the past week (I’ve only had rice and plain vegetables) or altitude. Around 12.30pm we reached the lunch spot. Two boys and a horse had brought lunch up here for us! 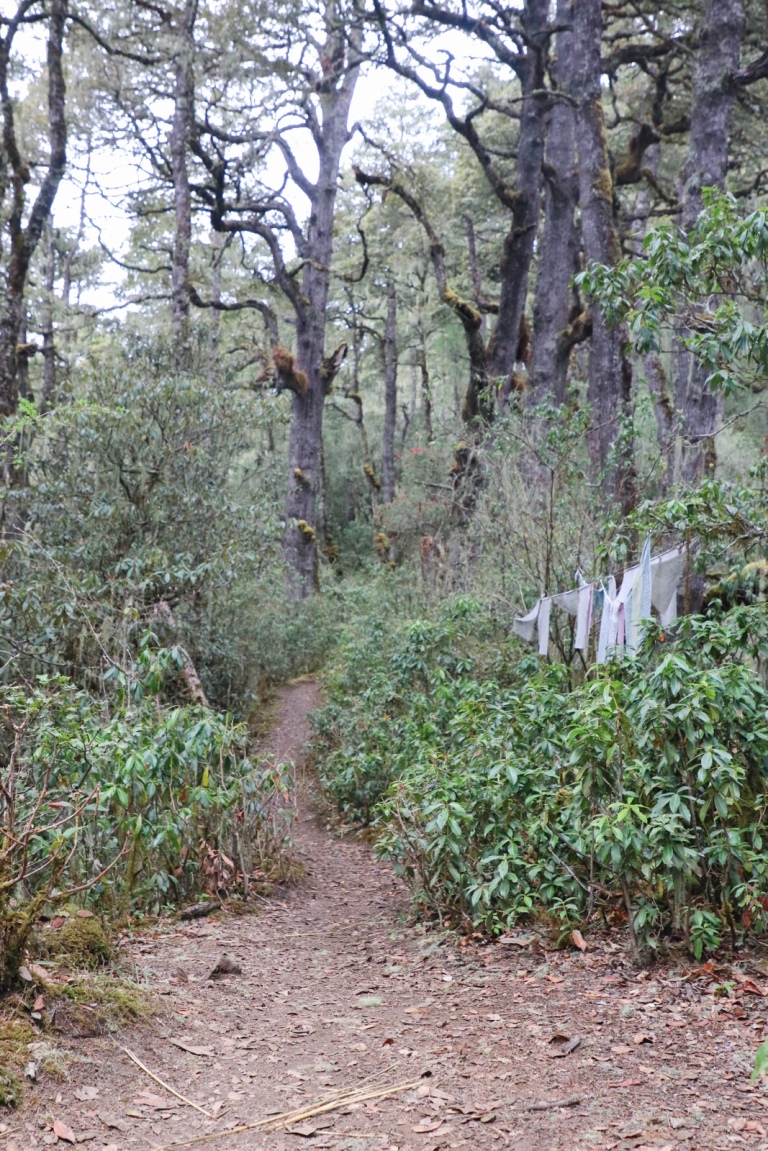 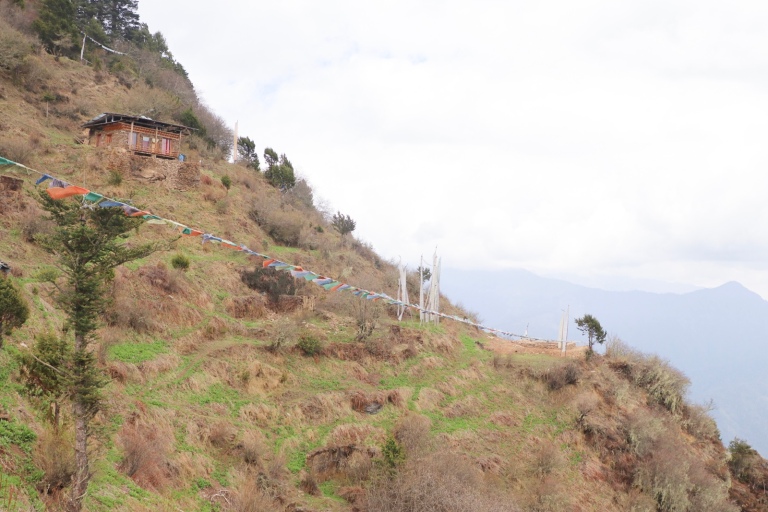 In this photo, tigers nest is on the mountain at the bottom, about 1cm from the bottom of the photo. 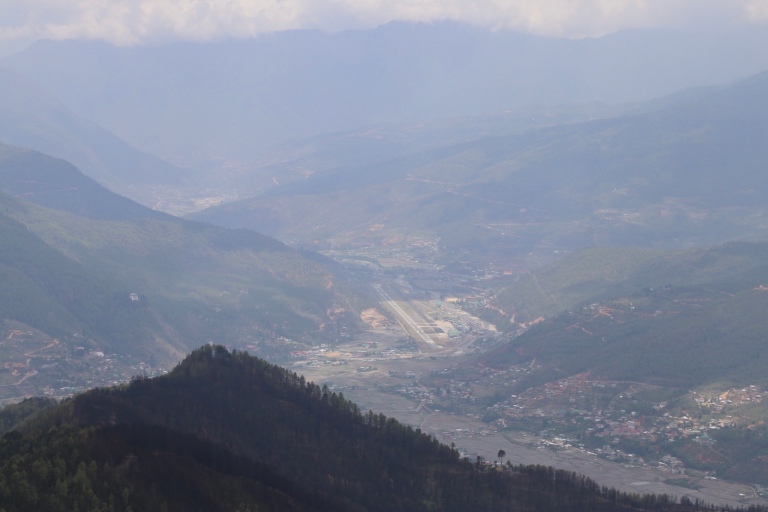 There wasn’t anything that I could eat, except rice.

But it was a nice view. We could even see the airport. And tigers nest monastery in the mountain opposite and below us. That’s our destination for tomorrow.

Then off again. For more uphill. After lunch wasn’t as bad. But the uphill never ended. It was so hard that I didn’t really take the time to take in the forest or the prayer flags.

Just before the camp side, we reached a large field. With a chorten and covered in prayer flags. Then finally, at 3pm, the campsite.

It was large, there were more people than just our group here. But we had our own food tent.

I couldn’t move for a while. I was just too tired. The camp site is at 3,900m so also prime altitude sickness levels. But I didn’t feel that yet!

The camp is described as being luxurious. I’m not sure I would stretch that far. The tents are permanent, and have two camp beds in. We were also given a sleeping bag. And there is a toilet tent. Which is small and just covers a hole in the floor.

The campsite had a khuru (lawn darts) game set up. Large darts are thrown at a small target on the ground. Archery is the national sport, this is similar.

Just above us was the bumdrak monastery. And a whole mountainside full of prayer flags. I was just too tired to appreciate it!

We had dinner at 6pm in our dining tent. They made a real effort and the food was good. I had my own separate food of aubergine, broccoli and rice.

They gave us hot water bottles as it was chilly. Then off to bed at 8pm into our tent.