I barely slept. I slept from 8pm to midnight, then pretty much not at all. I felt sick, had a headache and was pretty cold. I guess that’s what 3,900m of altitude does.

I out of my tent for sunrise at 5am. It was a bit cloudy though, so not particularly exciting.

We got going around 7.30am. But this time, for the downwards walk. Through moss covered pine forests. And past several monasteries. 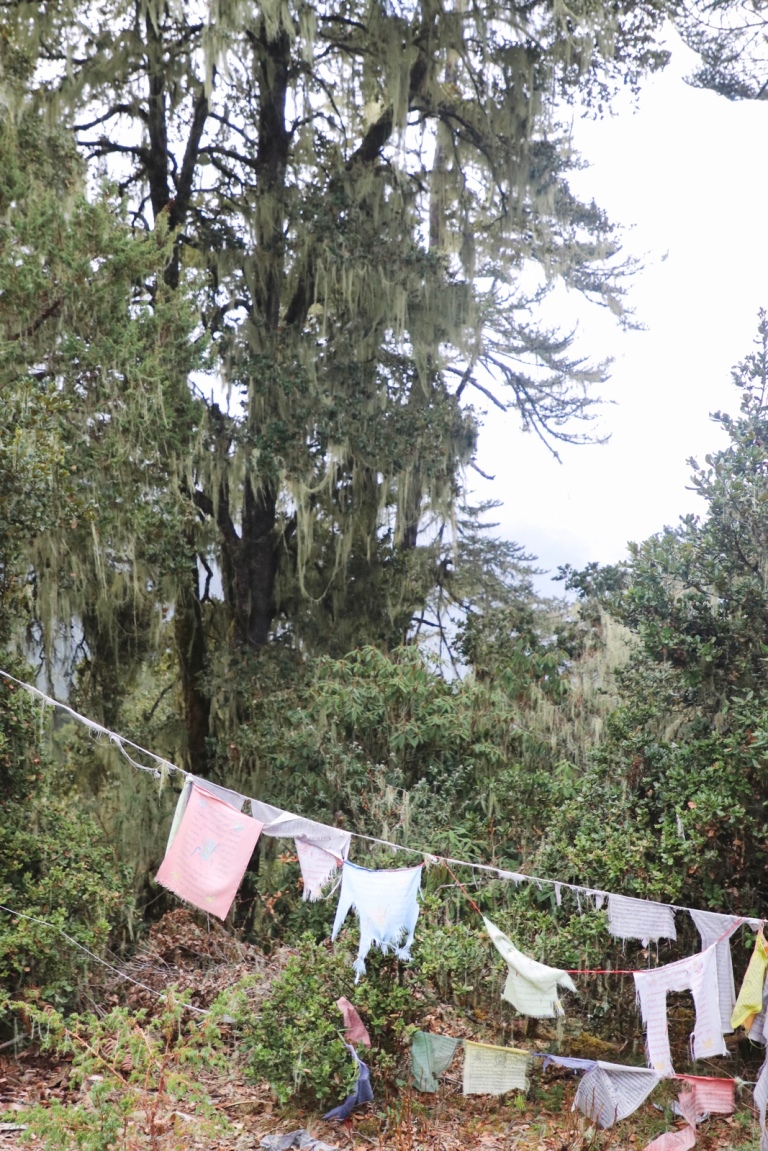 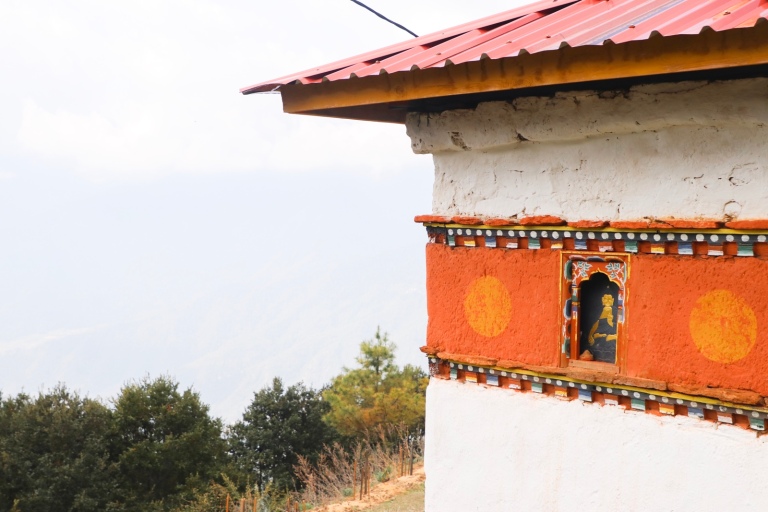 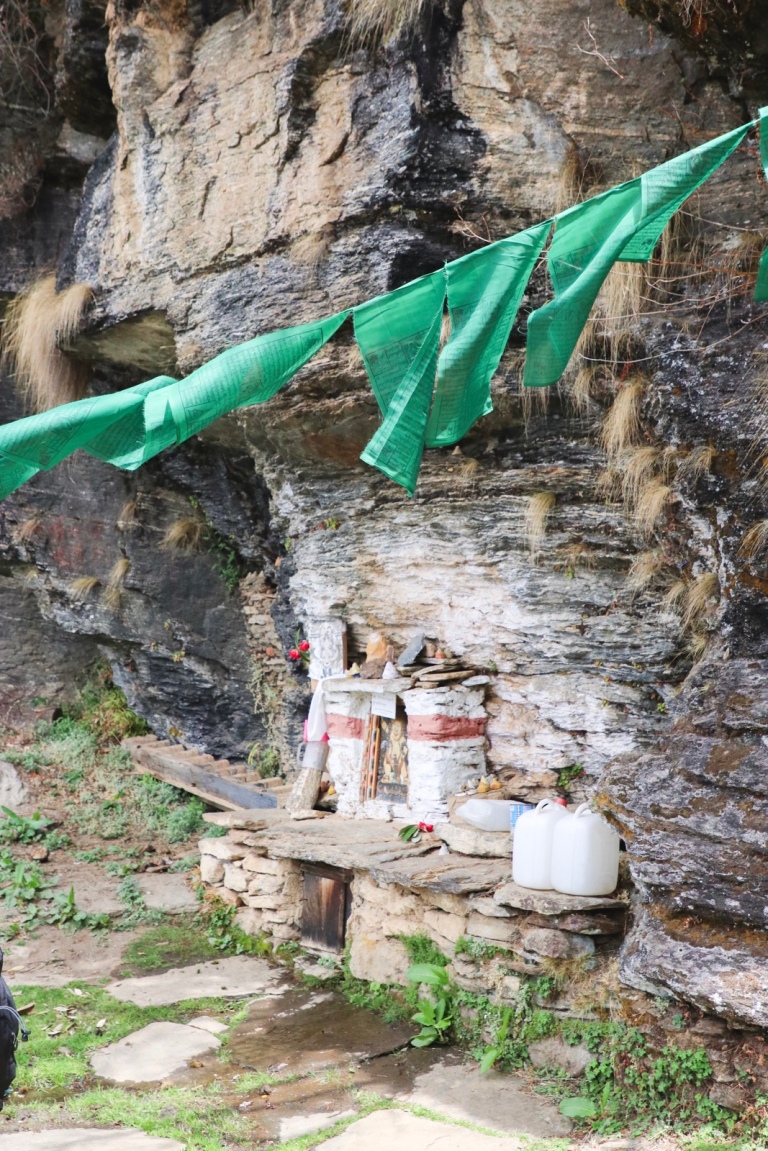 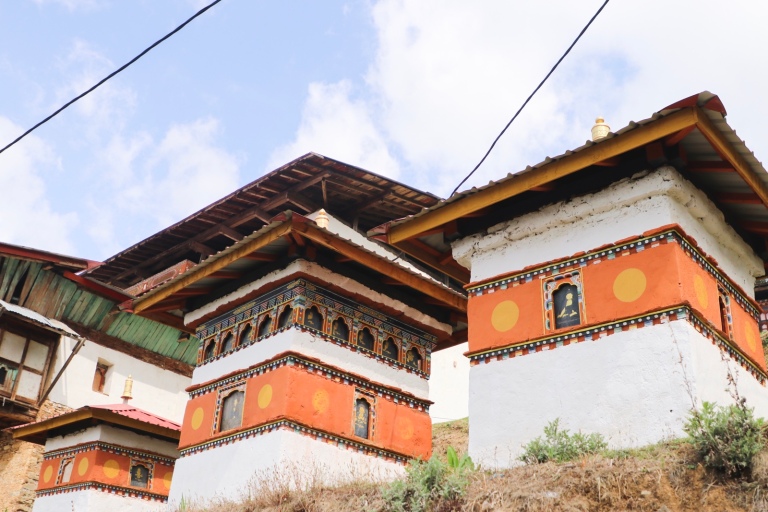 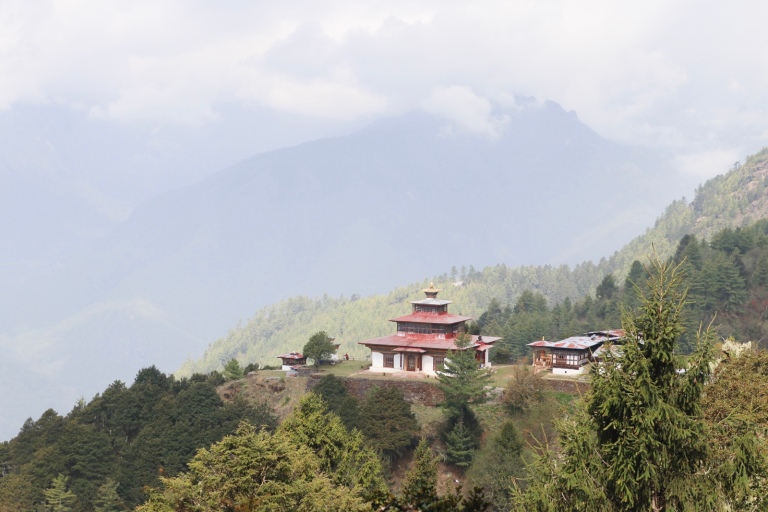 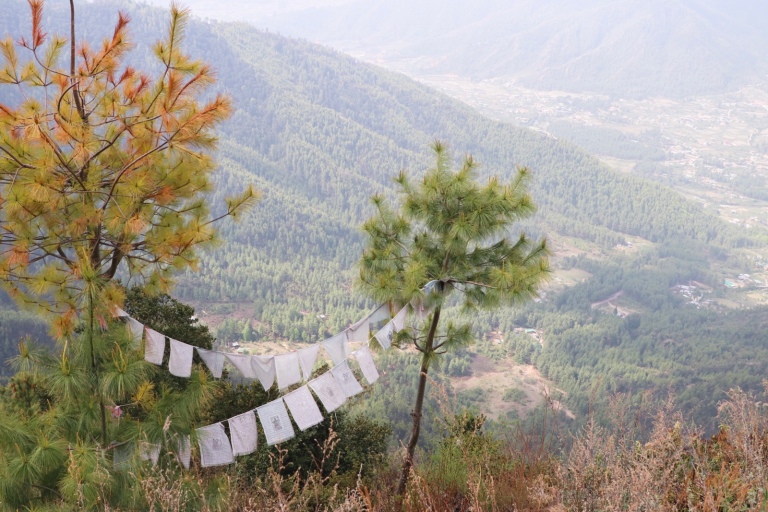 The destination today was the Tigers Nest monastery (also known as Taktshang Goemba). But we were still far above it. 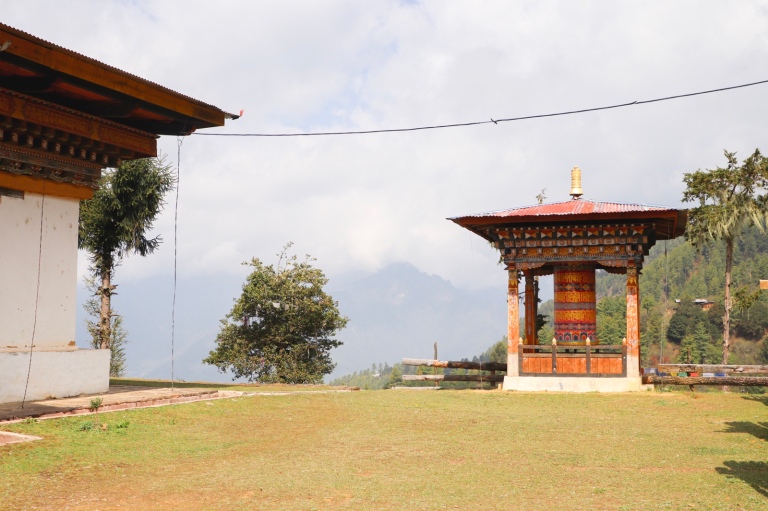 After about 2.5 hours, a bit up and a bit down (also known as ‘Bhutanese flat’) we finally dropped down onto the main path of the monastery. One final cover and there it was!

Gold roofs and white walls, hanging onto the side of the mountain. Really cool. 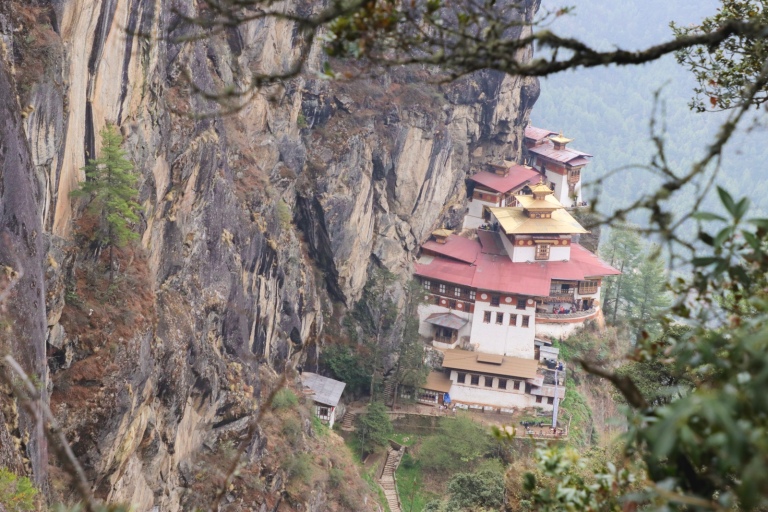 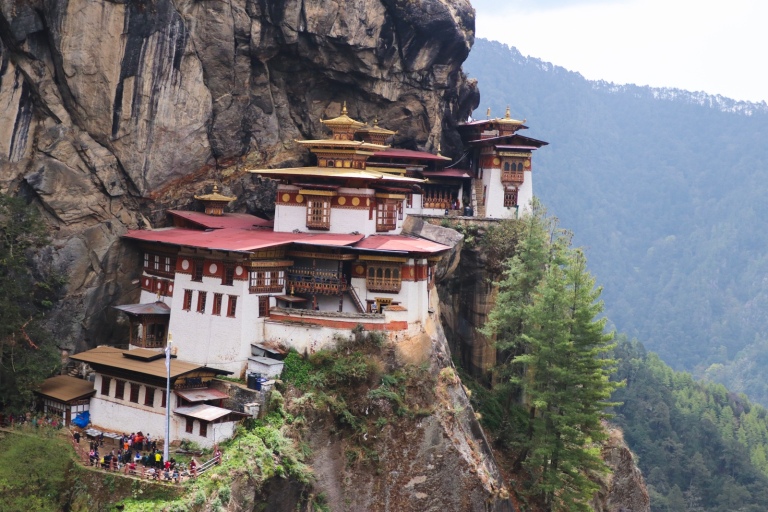 To reach the monastery, there was a lot of steps down. Then a lot back up! No bags are allowed inside, so we had to leave them in lockers outside.

This monastery was built after Guru Rinpoche flew to this site on the back of a tigress to subdue a local demon. Inside are four temple rooms, each with elaborate carvings of the guru and the tiger, plus other buddhas. Lots of the building was destroyed in a fire in 2008, but has all been elaborately rebuilt.

We went inside each of the rooms. They were all small. Some monks were chanting in one of them. It was cool. But busy around.

We didn’t stay for too long as it was quite hectic. So a repeat of all the steps down then back up again. But after yesterday’s hiking, this was easy! 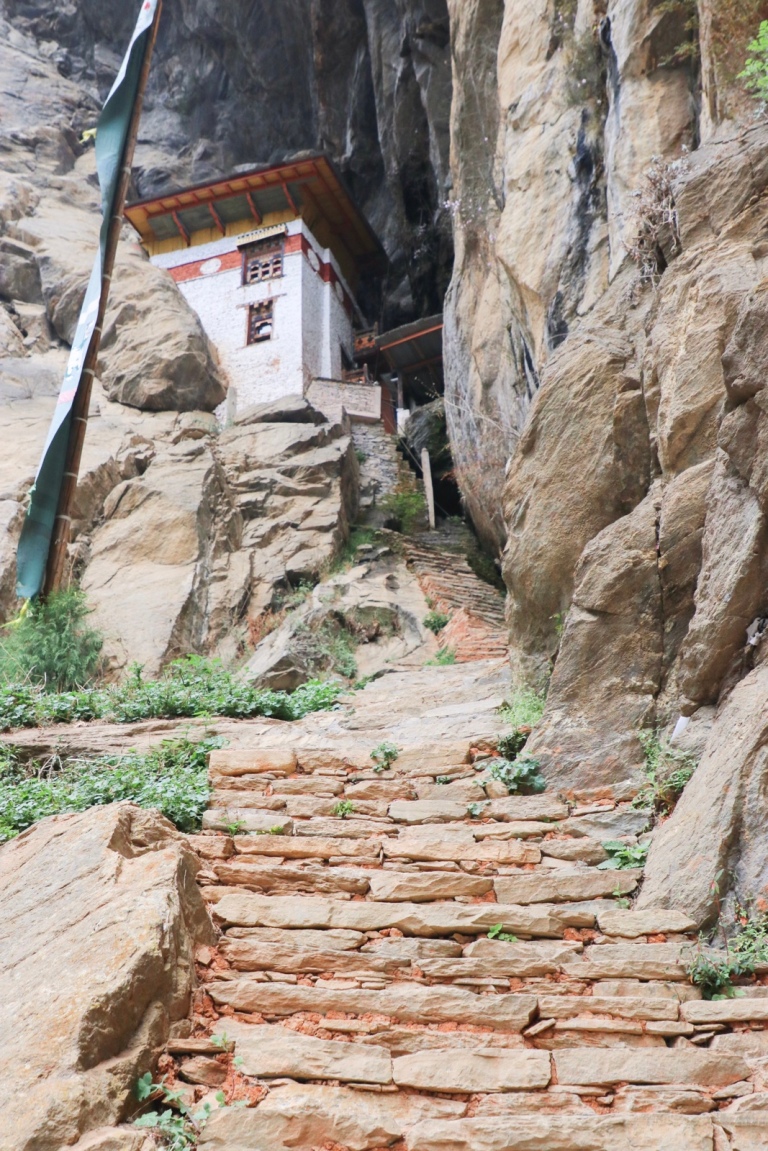 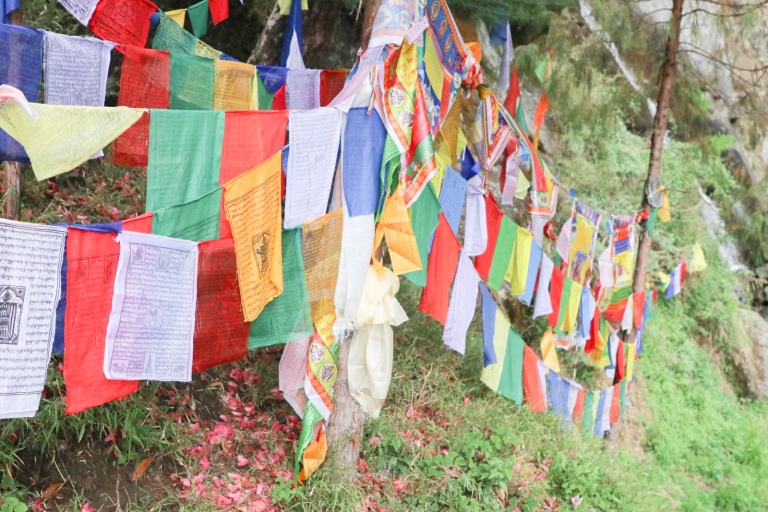 We had lunch at a small building at the top of the stairs. Again it was a packed lunch that had been brought for us by horse. And was good. Everything is so organised and coordinated here!

Then it was the walk down to a car park. This is the route that most people take up to the monastery. But we had come a different way from the campsite.

It was a surprisingly long and steep way down and took around 90 minutes. I’m rather pleased we didn’t have to go up that hill! From the bottom, tigers nest looked so small and far away! 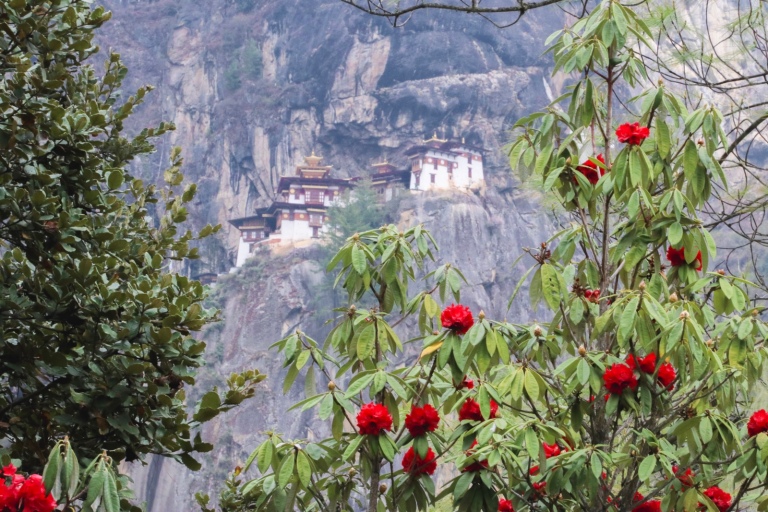 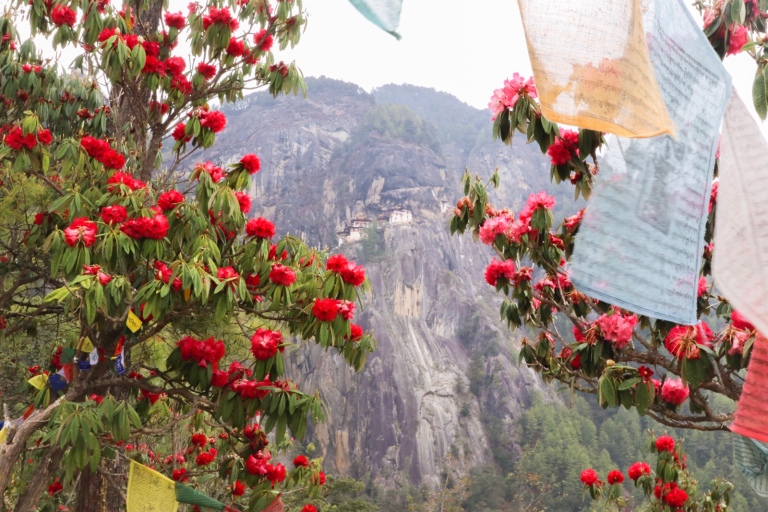 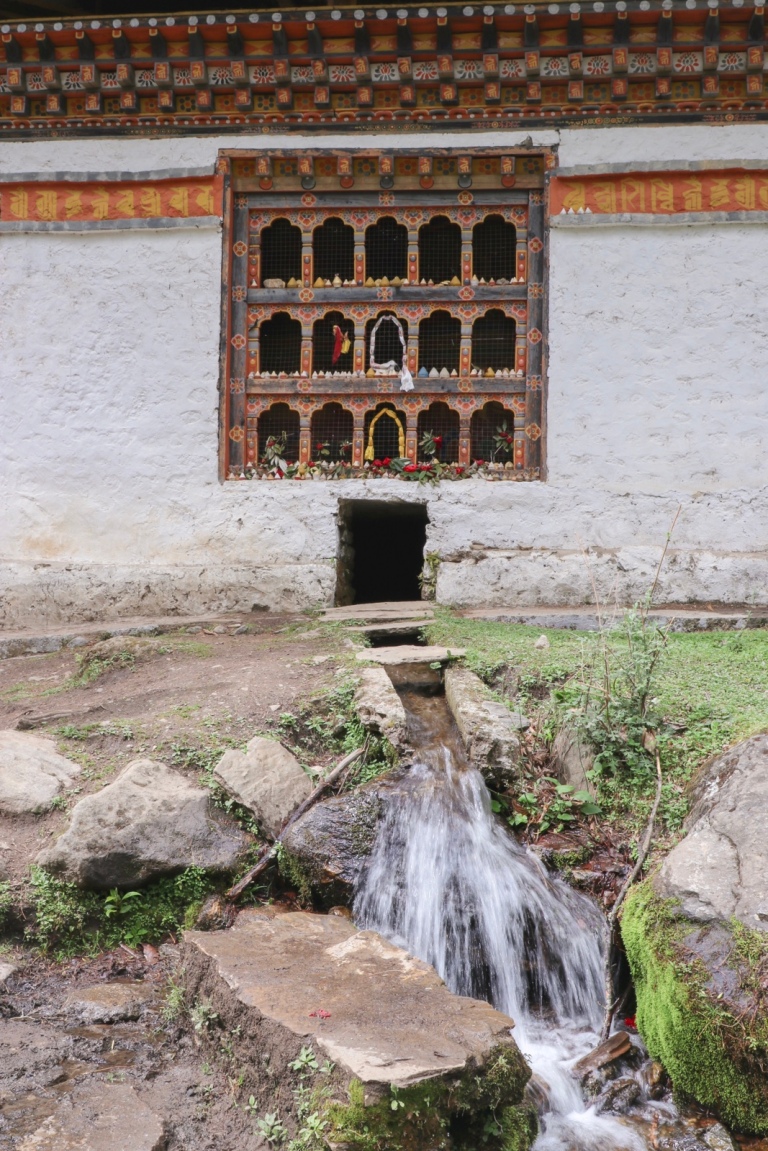 It was 3pm by the time we were at the car park. Back at the bus. I never thought i would make it through the past couple of days…!

Then it was time for our final temple, Kyichu Lhakhang, which is one of Bhutan’s oldest temples. This temple is though to have been built on the same day as 108 other temples during AD 659 by King Songtsen Gampo of Tibet. The temples were built in order to get rid of a demon which laid across all of Bhutan and Tibet. It was covered in prayer wheels running all along the outside and pretty gardens. 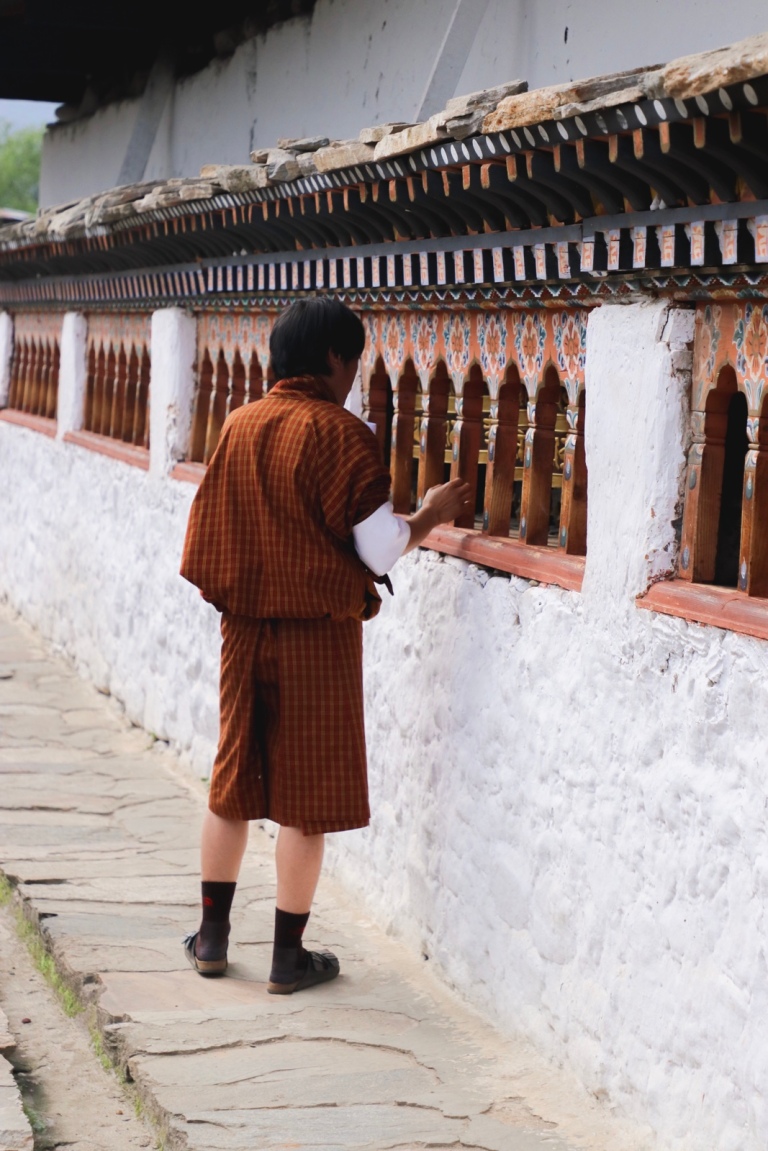 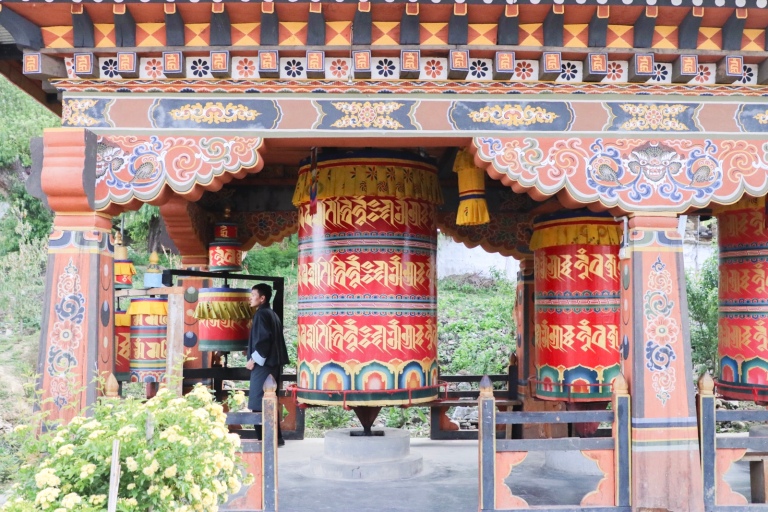 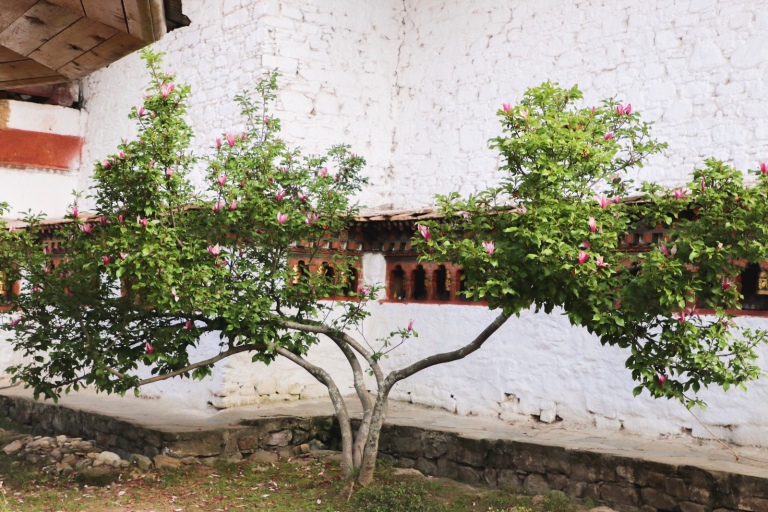 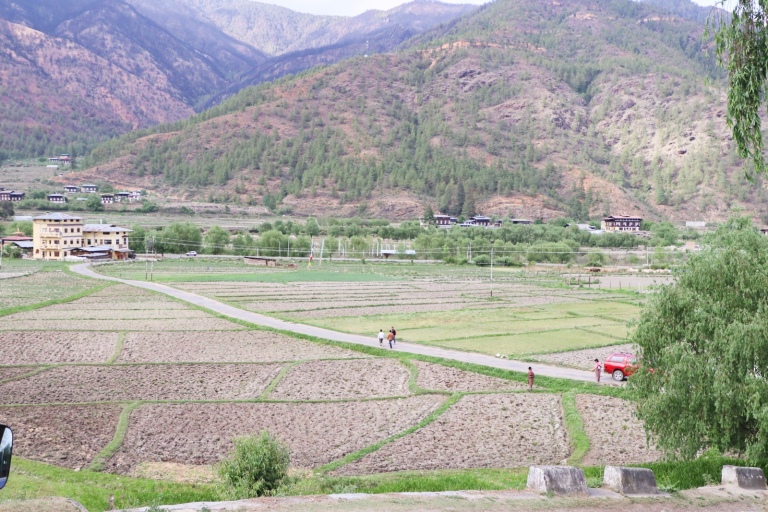 Then back to the hotel for a shower!

Before dinner we had a cultural show. Local people showed us traditional dances, which included a yak and black necked cranes!

The last dinner ended up being the best dinner – I had tofu and curried peas! First time it hasn’t just been plain vegetables!

I’ve been in Bhutan for 10 days, it has flown by and been great. It’s been a while since I’ve been so sad to leave somewhere.