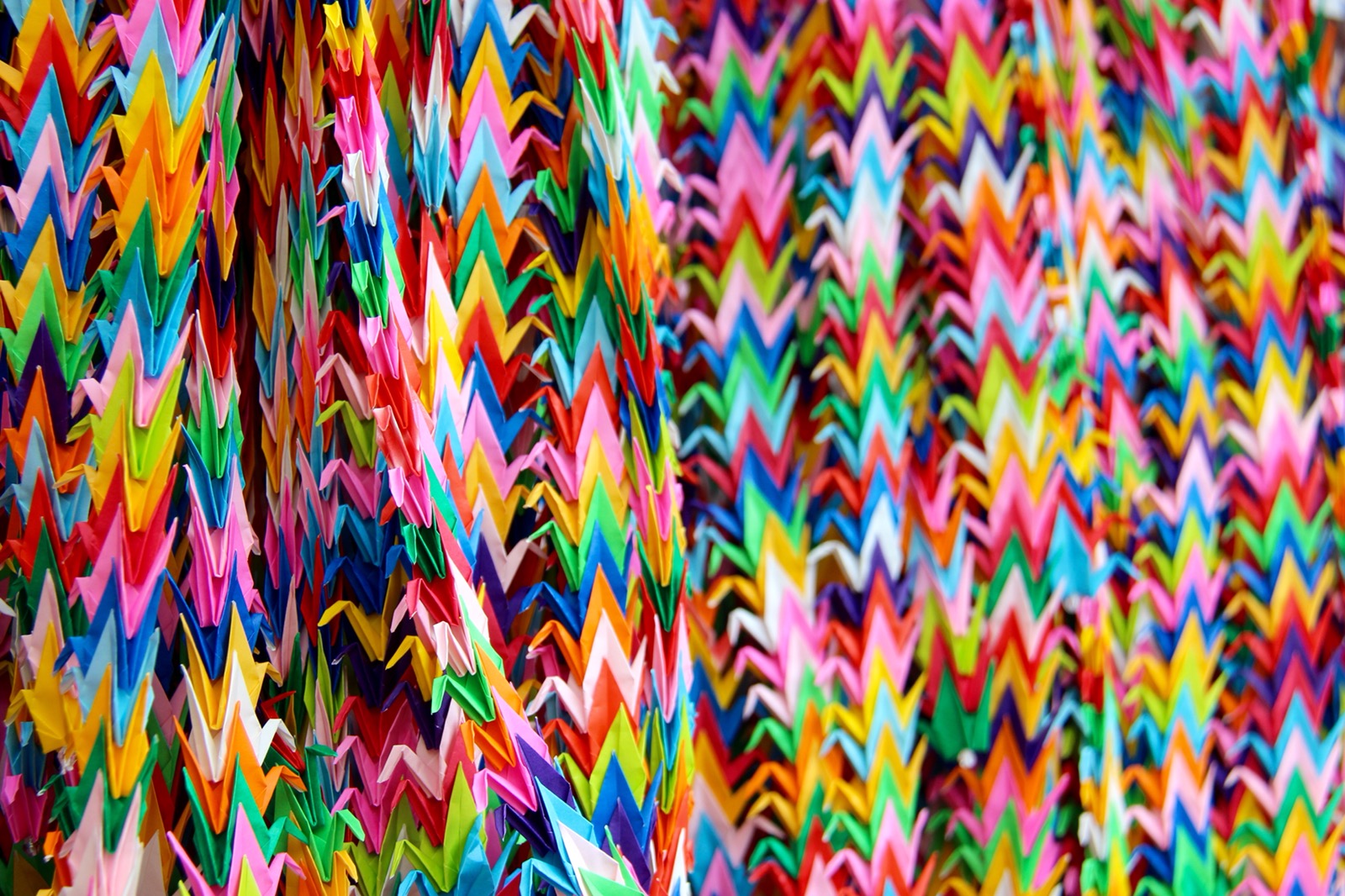 So cold. All night. So cold.

I woke up to steam when I was breathing. In bed. It was -2 degrees.

In the mornings, the monks do morning chanting, followed by a fire ritual. I was awake in plenty of time for the 6.30am chanting, but I just couldn’t get myself out of my cocoon and out into the cold. But I did force myself up for the fire at 7.30am.

We were crammed into a small room, sitting on the floor, surrounding 1 monk and an altar. Another monk was chanting and banging a drum in the corner. It went on for half an hour, the monk in the middle lit a fire and gradually added sticks of wood to it. Then added some that people had written wishes on, into the fire. It grew pretty tall – flames reaching a metre above the small altar. 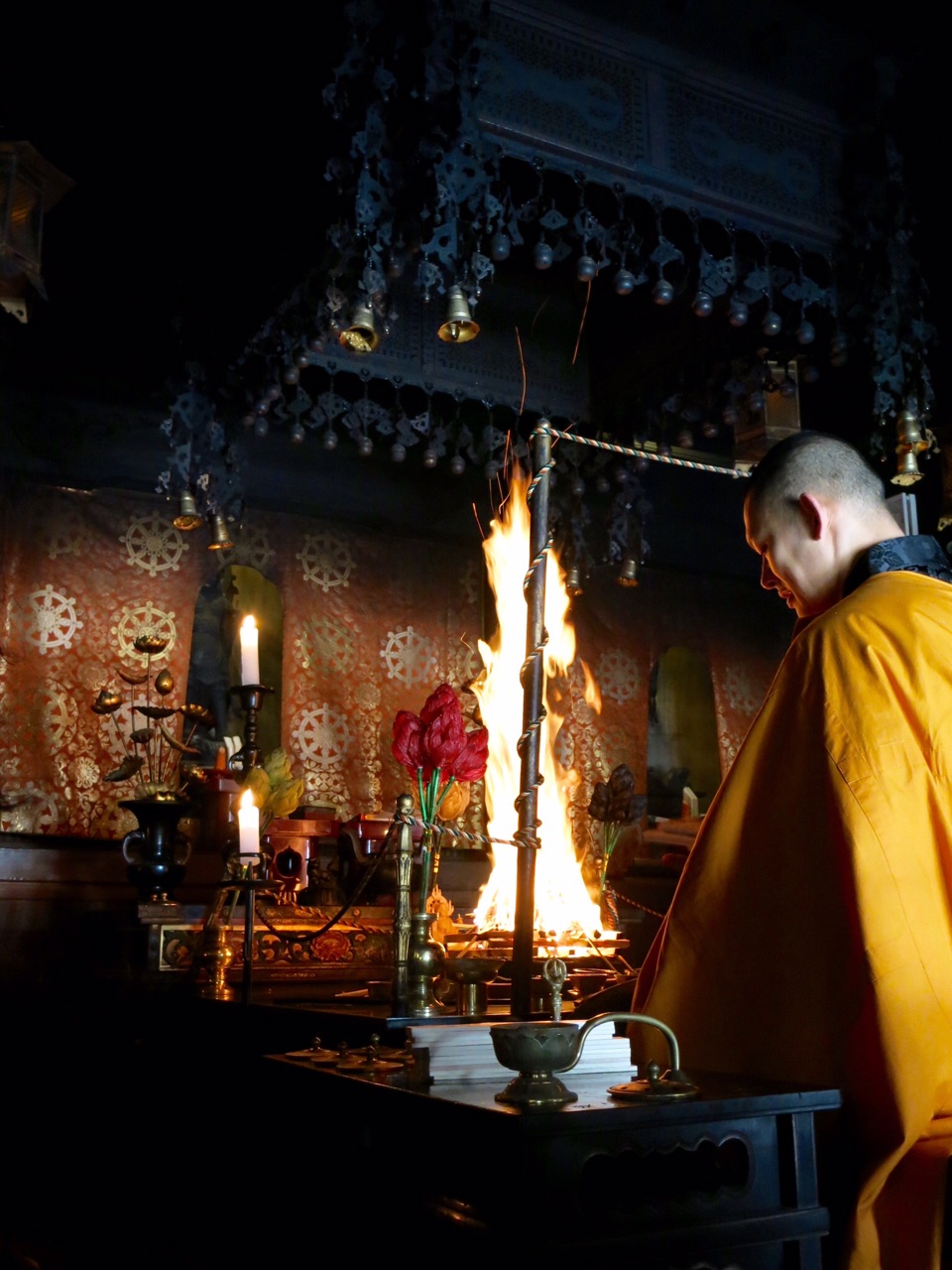 Next up, breakfast. Again we were presented with a cute tray this time with: rice, local Koyasan tea, flavoured seaweed sheets, miso soup (with tofu chunks and seaweed), a salted pickled plum, a seagrass with soya beans, and a tofu/vegetable type burger thing in a sweet sauce. It looked a lot, but all the dishes are small. So it wasn’t particularly filling….!

And off at 8.30am to repeat the journey back to Osaka. Bus to the tramway. Tram back down the hill. On to the waiting train. Onto the second train. Onto the metro. And this time to Osaka-Shin station. Of course everything worked and was exactly on time.

When a station says ‘shin’ in the name, it’s a Shinkansen train. And we’re going on one! The Shinkansen is a high speed railway which runs at speeds of between 240-320 km/h. Also known as the ‘bullet train’. Our train to Hiroshima was leaving at 1pm.

So we had an hour to find some lunch, but as we were already past the ticket gates, there wasn’t a lot of choice. And absolutely nothing that I could eat. So annoyed. As outside of the gates was plenty of options. And I was starving. 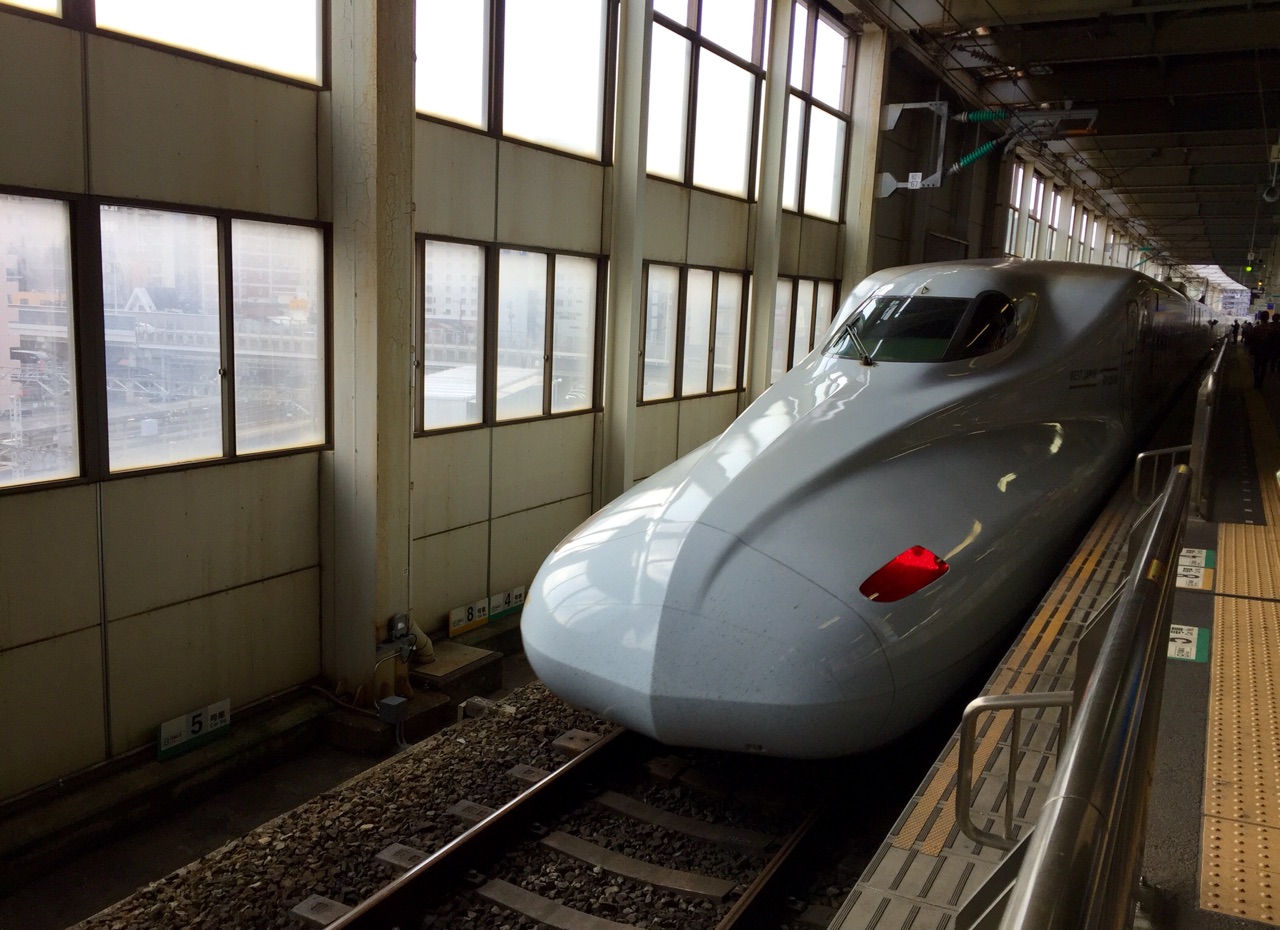 The train pulled into the station, with its long nose. And the cleaners jumped on. We spotted them turning all the seats around – the seats spin on their base, so that they always all face forwards!!

They let us onto the train 4 minutes before it was supposed to leave. I thought that was cutting it a bit fine. But I found my seat – very roomy. And I was suddenly very hot in my 3 socks, 2 leggings, 3 t shirts, 2 jumpers, 1 coat, scarf, hat and gloves. According to my phone, we were travelling at 277 kilometres per hour. And it took an hour and a half to reach Hiroshima.

Hiroshima was the location of the atomic bomb that was dropped on the city on 6 August 1945. It is estimated that around 70-150k people were killed by the bomb. Around half were killed when the bomb was dropped and the rest from the after effects – burns, radiation and cancer.

Our hotel was only a 5 minute walk away from the train station, and after a quick shower, we were back out again to explore the city. The city is split by many rivers, we hopped on a tram, which took us across some of those rivers and to the atomic bomb memorial area.

The local city hall was built in 1915 and the bomb exploded almost directly above it. Surprisingly most of the building remained standing and the shell, along with its metal dome has been preserved as a memorial. It is now a UNESCO world heritage site. 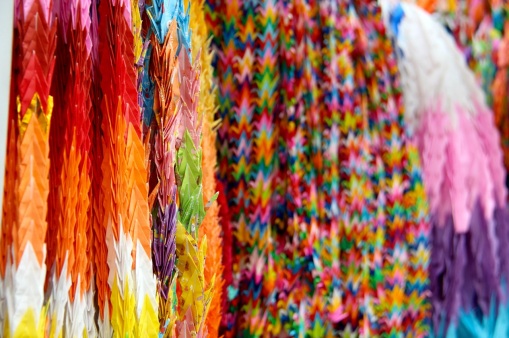 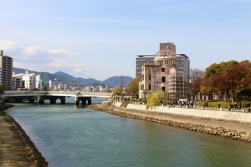 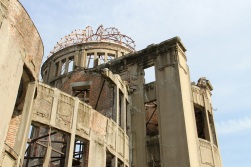 Across the river from the dome is the Peace memorial park. This park is dotted with various memorials. One of these memorials is for a girl who folded hundreds of paper cranes to try to save herself from leukaemia. Today people still fold paper cranes in her memory and leave them here. There were thousands of them.

The museum is full of items which were recovered from the ruins following the bomb. There were burnt clothes, a watch which had stopped at 8.15am, right as the bomb went off, melted glass bottles and ceramic tea cups, melted roof tiles and much more. It was so packed inside you could barely move. 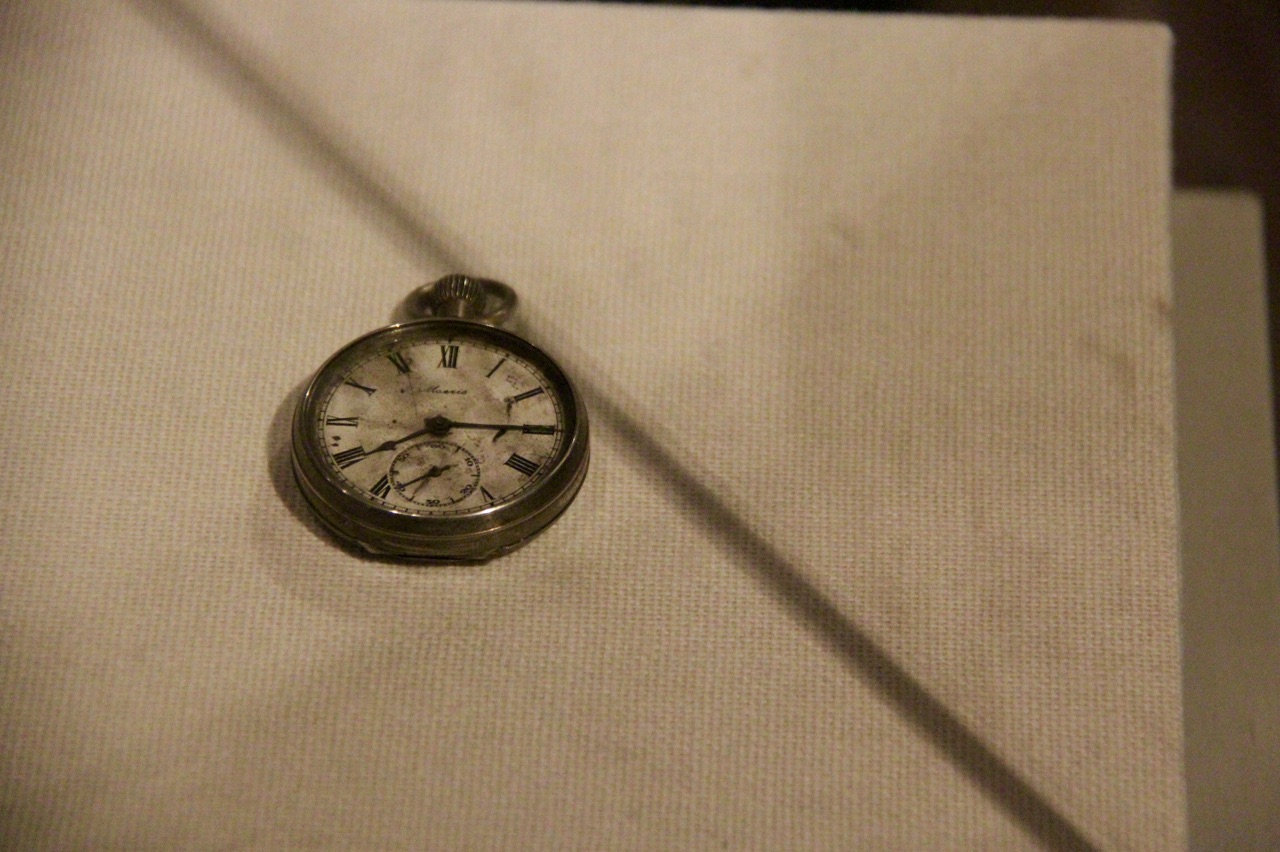 The most popular food in Hiroshima is okonomiyaki – a savoury pancake made with noodles, cabbage, with vegetables and seafood or meat cooked on a griddle in front of you. Of course, they wouldn’t vegan-ise it for me. So I headed off to 7-11 to find some dinner and ended up with some edamame beans and soy milk.