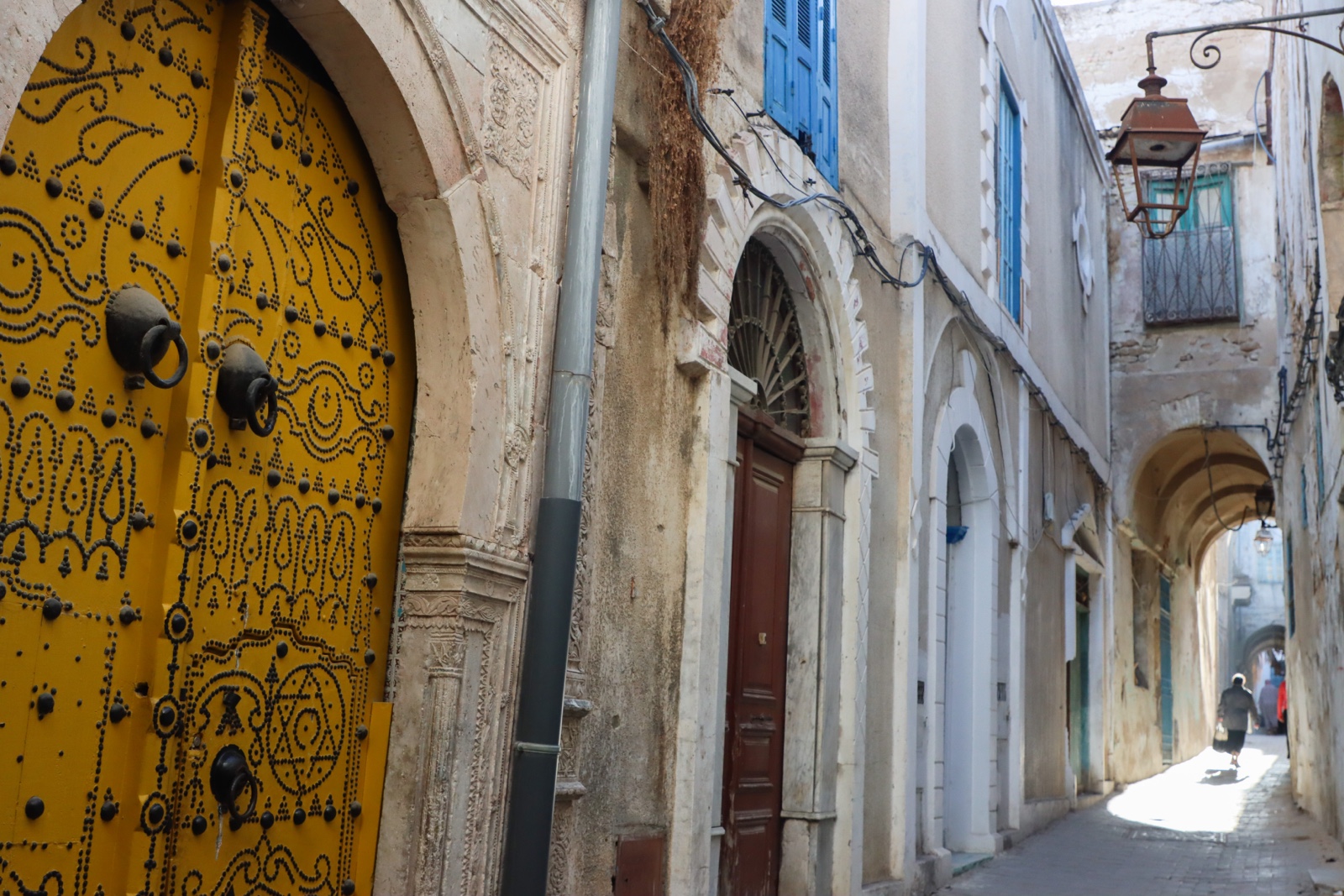 A weekend in Africa!

Only a short 2.5 hour flight from London, into the busy city of Tunis.

But starting off the day, on the beach, with no people. Just some camels for company.

But I have to go exploring.

The main street of the city, Avenue de France, was busy. Shops spilling out onto the streets and stalls selling anything you wanted. Cactus fruit are in season, spilling from tables.

This was nothing compared with the chaos of Victory Square. Market stalls moving around, between the fountains and the arch, at the entrance-way to the Medina.

We had a guide to take us around the maze of the Medina. Which was great, as he took us to places that we would have never found by ourselves.

The main mosque provided a meeting point for many lanes of the souq.

Every street was different. This one was covered in a coffee tree, brought from Yemen over 100 years ago

Doors were particularly elaborate – the left knocker for women, right for men and the bottom for children. So the family always knows who might be visiting!

Cats were everywhere. The medina neighbourhood looks after the cats – as they help keep rodents away from their food supplies.

So many lanes and

The souks close just after sunset – 45 doors are locked around a central handicraft area. No one lives in this district, but it is locked to keep all the shops safe overnight.